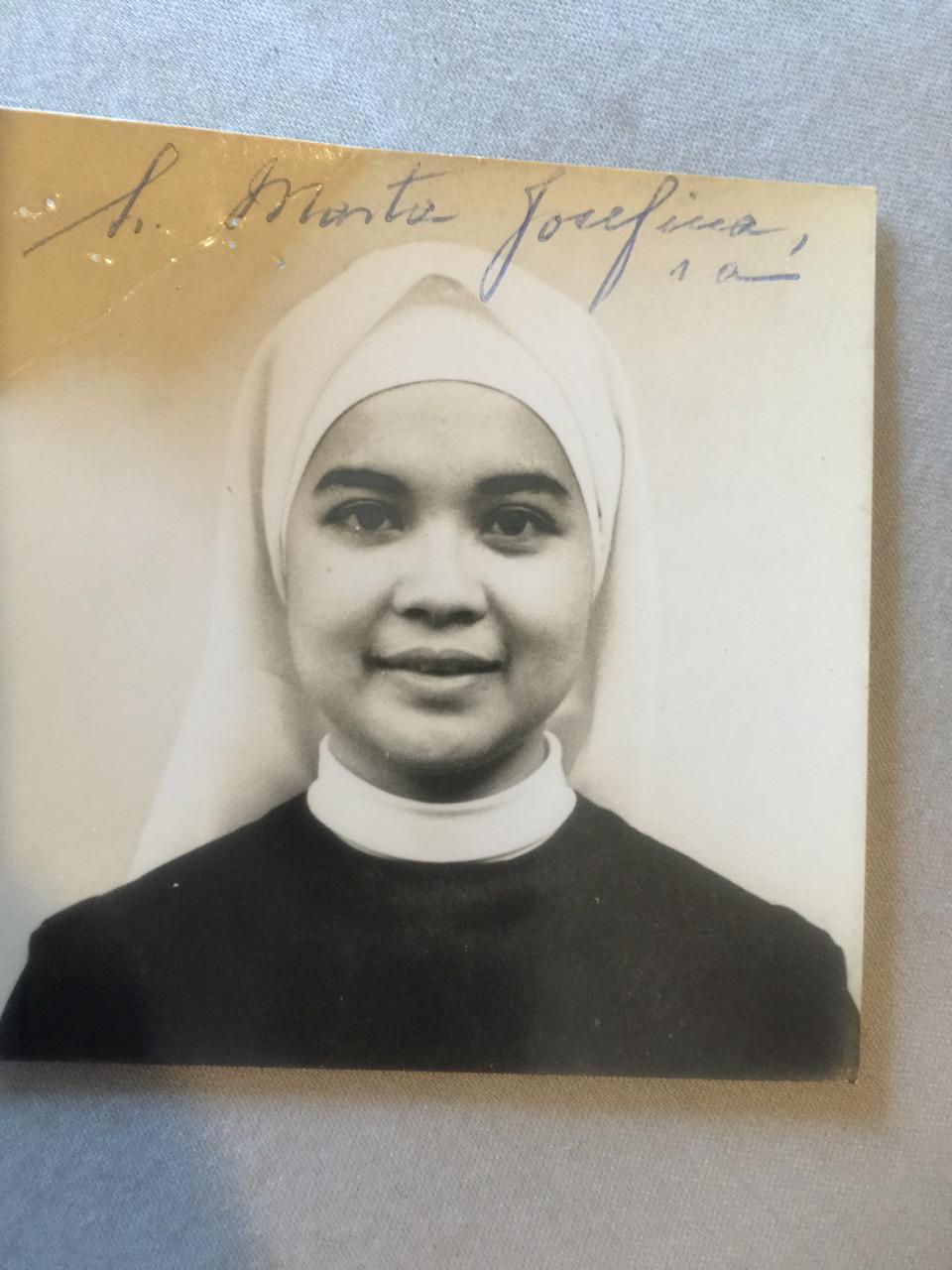 My Mamita is the quintessential mother (and she was a nun)

FROM a sheltered safe haven to a dangerous reality, Remia Evaristo, my grandmother, survived whatever was thrown at her with unyielding faith. I often wonder why the women in my family are so strong. Now, I am able to trace the foundation of such strength to Mamita.
Her journey took her from the convent, where she was a maternal figure to all her students, to a world where she was a mother to nine children. To me, however, she is my second mother.

The fact that I am in New York City while she is in Manila changes nothing. During my bouts of homesickness, my mother and grandmother take turns assuaging my sadness through Facetime. From my end, I see a head of dark hair speckled with gray. The concept of video chatting has once again escaped my grandmother, and she proceeds to hold her iPhone to her ear.

“Mika, when I was at the convent at 16, I couldn’t see my family, too. You know what I did? I went to the statue of Mama Mary, and I asked her to be my mother,” Mamita tells me, and I find comfort in her advice. I smile as though she were beside me, happily giving me another one of her lessons.

From being an adolescent nun in the convent and becoming principal of Assumption College to later becoming a wife and devoted mother of nine, Mamita is a vessel of experiences, good and bad.

I see her so clearly in her violet, long-sleeved dress with a hem that falls below her knees. Her hair is neatly pulled back and she has a long gray veil into which she tucks her black hair. Mamita tells me she owes her decision to enter the convent to her education where she was taught compassion and kindness.
It is strange how Mamita is always one step ahead of everyone else. When I would feel the onset of homesickness, I would find a message of comfort from her. It’s the closest thing our family has to having a psychic.

My grandmother lived in Iloilo during the ’60s. Being the first girl in her brood of seven, she was given a great education in an elite private school, the Assumption of Our Lady, which was run by the French Sisters of Auteuil.
After two spiritual retreats, she asked to be accepted as a postulant in the same congregation but her mother protested as she was only 16.

Mamita told my perplexed great-grandmother, “I want to serve God and humanity, Mom, these you have given me are all empty cares, I want more.”

Mamita’s calling was almost tangible, and she trusted it with her whole heart. However, her choice drove her to leave behind her siblings and parents at an early age.

I take great pride in my grandmother’s unwavering faith. Mamita was not going to “hide in the convent,” something for which her mother had chastised her. Rather, she was removing all temporal things from her life, and striving to establish a powerful connection with God.

In the convent, my grandmother opened herself up to the specific and tedious demands of a Catholic community. She kept to a strict routine for over a decade. After five years, Mamita was trained to head a department of the lower grades, something dear to her heart because of her natural love for children.

She served as the principal for eight years, closing the Assumption School in Iloilo and opening a new individualized school in the suburbs of hilly Antipolo.

After 14 years in the convent, my grandmother went on a “soul-searching retreat.” The convent no longer seemed to be her calling. During this transitional period, she opened a small creative arts school, where she was once again surrounded by children and teenagers with an affinity to the arts.

Again, her motherly instincts drove her motives. However, it was during this time that she met my grandfather, her new calling in disguise.

Shortly after they got married, Mamita had three children of her own, the eldest being my mother.

I am blessed to have a second mother in my life whose strength I strive to emulate. She is someone who, even a thousand miles away, offers me comfort, love and support. Finally, she is someone who will never stop being a mother, the quintessential maternal figure whose calling in life is simply to love.