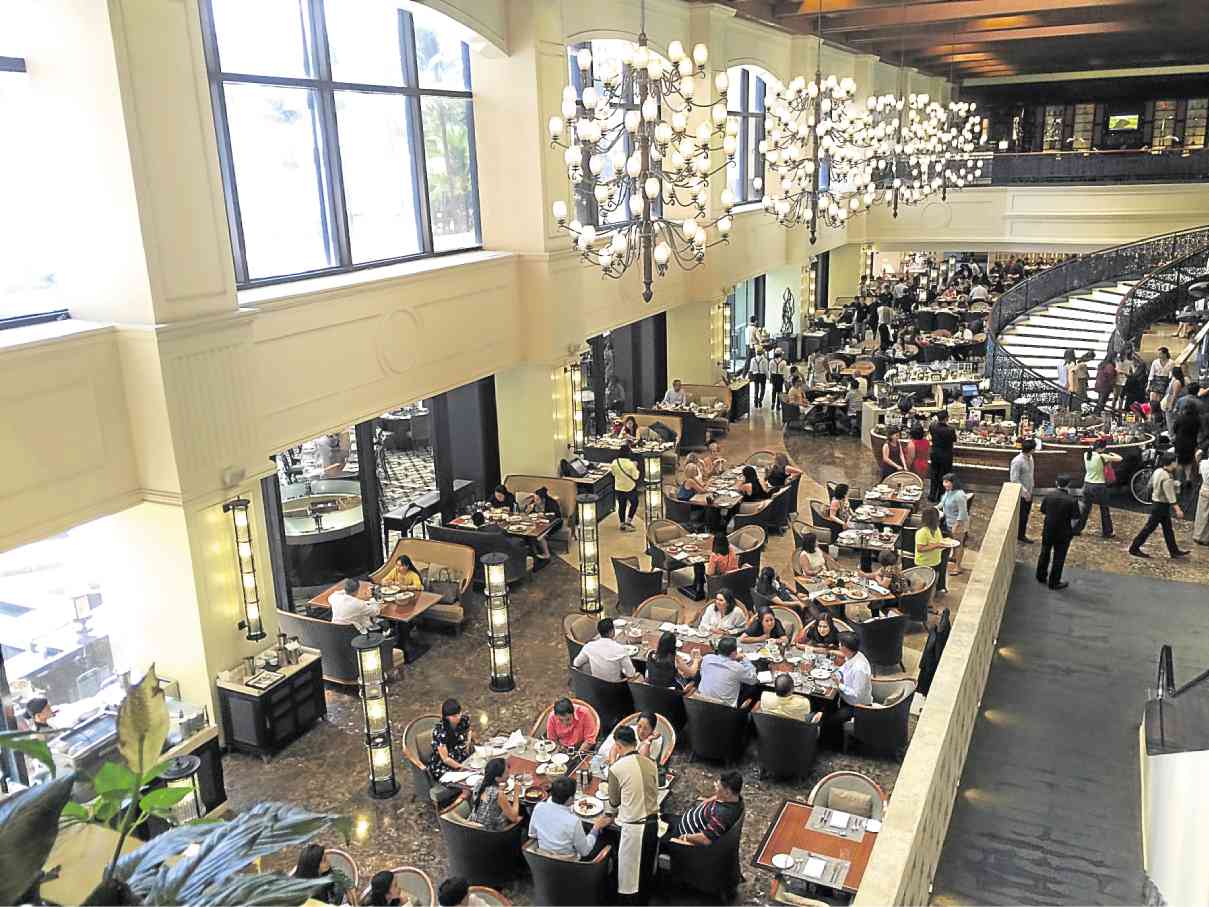 At a recent press lunch announcing the event, Janice’s daughters Inah, 24; Moira, 23; and Kaila, 20, talked to Inquirer Lifestyle about their mom’s love for cooking. (Janice was taping a TV show and couldn’t make it to the lunch.)

The girls recalled that Janice has always liked cooking for the family, and then her interest in it grew so much that she enrolled at Gene Gonzalez’s Center for Asian Culinary Studies in the Cafe Ysabel compound in San Juan.

Janice told us via Viber that her most exciting experience was during her on-the-job training at Cafe Ysabel’s “real hot kitchen… feeling the pressure, panicking, but fulfilled when the service was done.”

Kaila said that when her mom realized cooking is her passion, she started experimenting with different recipes. “We taste what she cooks. If we like it, ’yun ang lulutuin niya palagi.”

Inah noted that “Mom doesn’t cook from the books, it’s really her own recipe.”

Moira doesn’t really cook and would rather watch her mom do it. “But by watching, at least I know how it’s done,” she said.

The girls went on to do a live demonstration of their favorite home dishes: Truffle, Arugula and Mushroom Pasta; Paella Negra; and Tuna Carpaccio.

These, along with Tuna Apple Pasta, Callos, Korean Barbecue and Carbonara will be on the Spiral menu.

Marjorie whipped up what she calls Marjorie and Mom’s Bread Pudding, along with Mom’s Russian Salad, and Chili con Carne.

These will be served along with Pineapple and Coconut Yogurt with Pink Peppercorn and Rock Salt; Barbecue Ribs with Baked Beans; and Tropical Fruit and Tapioca Parfait.

As a teenager in the 1980s, we turned on to a lot of great music from the ’60s, including that of the classic soul vocal group 5th Dimension.

In 2011, we were fortunate to have watched two of its former members, Billy Davis Jr. and wife Marilyn McCoo, perform at Smart Araneta Coliseum.

On May 24, the other lady in its original lineup, Florence LaRue, will be playing with the current 5th Dimension, also at the Big Dome.

It would be nice if the group’s present incarnation, which includes Patrice Morris, Leonard Tucker, Floyd Smith and Willie Williams would still sing “Up, Up and Away,” “Stoned Soul Picnic,” “Medley: Aquarius/Let the Sunshine In (The Flesh Failures),” “Wedding Bell Blues,” “One Less Bell to Answer,” “(Last Night) I Didn’t Get to Sleep at All,” as well as the rest of its timeless repertoire.