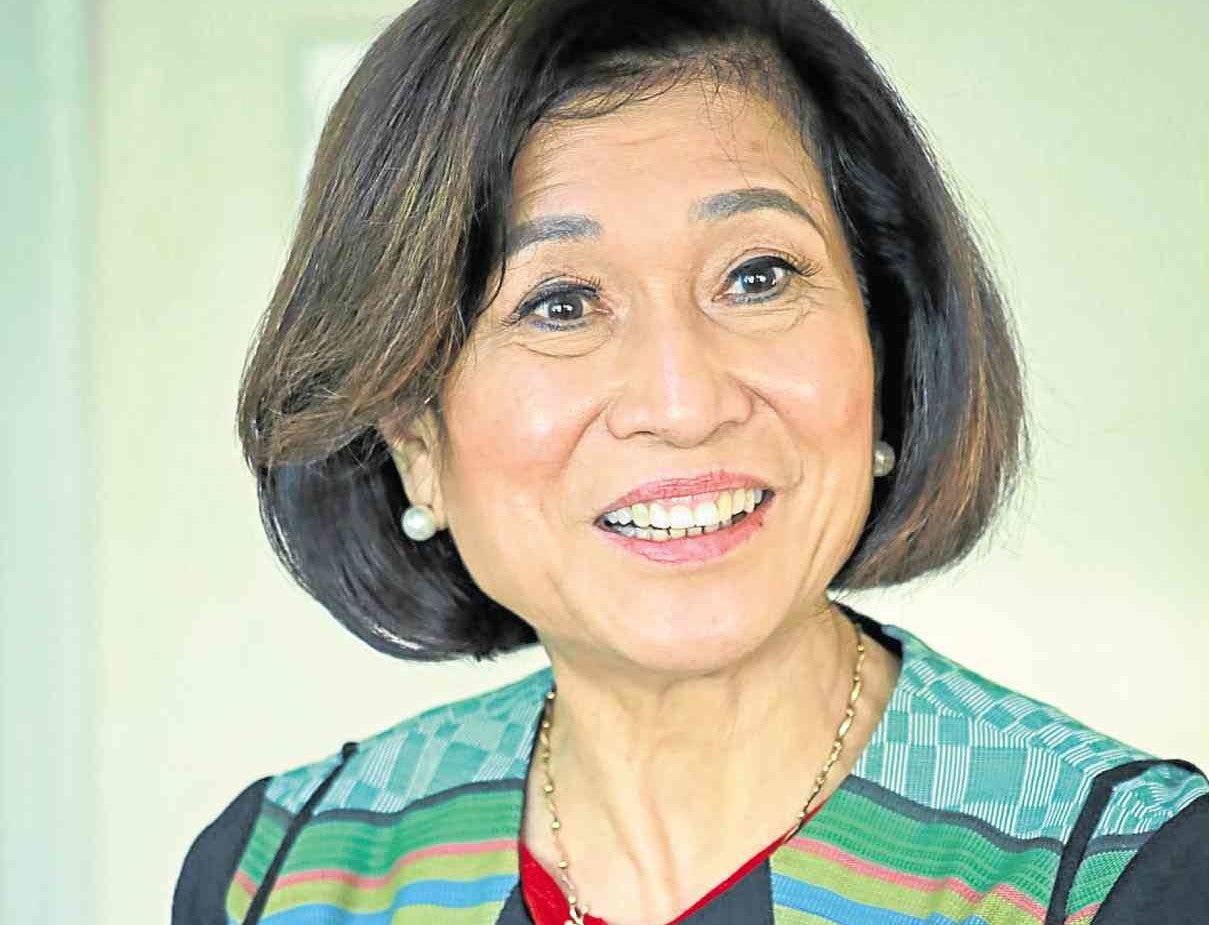 LOIDANicolas Lewis is the first Filipino woman to pass theNew York bar without studying in the United States. PHOTOS BY KIMBERLY DELA CRUZ

She ran her fingers up and down the ivory keys of her grand piano, the engaging melody of a popular piece somehow animating the framed Amorsolo adorning the wall of a plush Makati condo.

Her music isn’t exactly what the world-renowned businesswoman and philanthropist has become known for, but Loida Nicolas Lewis is the epitome of a woman who knows what’s in her hands.

Why is a 72-year-old multi-millionaire, with dual citizenship (Filipino-American), still going around the world campaigning for her candidate in the May presidential elections?

“My love affair with the Philippines started since I became aware of our nationhood, in our Pambansang Awit (“Lupang Hinirang”), in studying Philippine history, our heroes who fought for our country’s independence, as recently as Ninoy Aquino’s martyrdom”, said Nicolas Lewis, chair of TLC Group Inc., a Delaware corporation with private equity funds, and a lawyer by profession.

“Maka-Diyos, makatao, makabayan,” said Lewis of Mar Roxas, for whom she has been campaigning in Europe and the United States to ensure the “continuity” of the policies started by President Aquino.

“All cabinet officials should be retained except for Executive Secretary (Paquito) Ochoa and Transportation  Secretary Joseph Abaya,” she said.

In her Makati condominium unit, Lewis sat at a rectangular dining table with a group discussing different topics. The merienda consisted of pancit Malabon, pancit Canton, pichi-pichi and orange juice. But Lewis herself had only half a glass of buko juice.

She wore a classic red dress and looked much younger than her age. Later, she donned a short blazer by Anthill Fabric Gallery that used local weave.

Lewis grew up in Bicol. After high school at St. Agnes Academy, she took up humanities at St. Theresa’s College in preparation for law, which she studied at University of the Philippines Diliman.

Her father was grooming her to be a politician in Sorsogon, having set up a theater with the name Nicolas for name recall. As a gift to her after she finished law and passed the bar, she went on a world tour, with New York as her base because sister Imelda was taking up her master’s degree there.

One night, she was invited to go on a blind date. That date turned out to be Reginald Francis Lewis, a black American. Throughout her stay in New York, they became constant companions.

No, it was not love at first sight, she said. But they saw complementarity in each other.

Soon it was time to go home; after half a year she took the plane to Manila. But while in San Francisco for the stopover, she knew she was going back to Reginald. She bid her good-byes in Manila and joined Lewis.

As Lewis built his TLC Beatrice empire throughout Europe and some parts of the United States, Loida took care of their two children, Leslie and Christina. But beyond that, she was the first Filipino woman to pass the New York bar without studying in the United States. She had a 10-year stint as general attorney in the US Immigration and Naturalization Service (now called US Citizenship and  Immigration Services), having won a discrimination case against the INS in 1987.

Lewis co-authored the book “How to Get a Green Card,” which is now on its eighth edition.

But her beautiful life was soon cut down by a tragedy. In 1991, Reginald was diagnosed with brain tumor. He passed away three months later.

Lewis didn’t know what to do for six months after she became a widow. She simply went through the motions of everyday living. But after half a year of doing nothing, she knew she had to take the lead sooner or later.

She looked at the books of the company and saw it was bleeding. She thought the only way to stop the bleeding was to reduce the costs, one of which was the huge workforce. She let go of half of the people and hired three persons to help her bring up the enterprise again.

But in 1997 she started liquidating the company. TLC’s manufacturing operations were sold one by one. What remained was the TLC Group.

First she sold the French food distribution venture, the Belgian beverage operations, the ice cream manufacturing companies in Spain and the Canary Islands, the potato chips and snack business in Ireland.

In 2000, she sold the last unit in Thailand. The liquidation resulted in a 35-percent return on investment for TLC Beatrice’s shareholders.

She is also founder and president of The Lewis College in Sorsogon.

Lewis has four grandchildren, two of which were adopted from Africa by one of her daughters. She is in charge of taking care of some of the grandchildren on certain days.

When her husband was alive, she would cook adobo, baby ribs with hoisin sauce and whole roast. Now that she has grandchildren, she has added pork chops, fried chicken and sinigang to her menu.

Lewis recalled that she was married in East Hampton in a Jewish ceremony. She was 102 pounds and had a 26-inch waistline. The sister of known designer Ramon Valera made her gown, and it was fully embroidered. Her daughter eventually used the same gown, with some changes.

The Lewis family all graduated from Harvard. She took a certificate course a few years ago to ensure that she is not left out from the group.

She has been staying in the Philippines longer than usual to campaign for Mar Roxas.

The country needs “continuity” to ensure progress and development for all, said Lewis. Roxas’ win will sustain the reforms President Aquino has started. And, after Roxas, it should be current vice presidential candidate Leni Robredo who should take up the torch, she said.