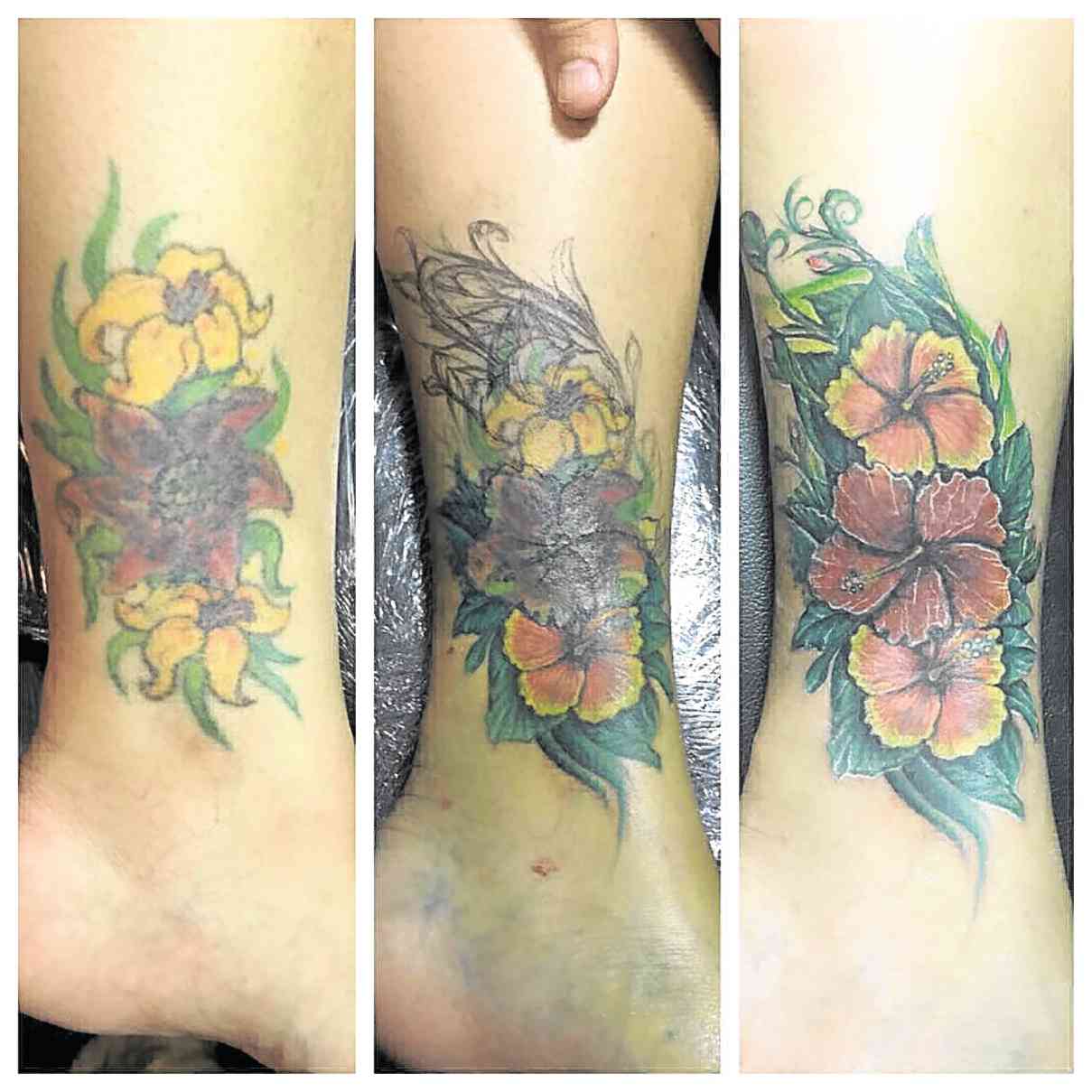 anyTHE EVOLUTIONof the camellia tattoos on Sara’s leg and ankle

Is Malacañang ready for a tattooed biker chick as First Lady?

WHO’S going to be First Lady?

This is one of the scenarios that has kept the public guessing in case Rodrigo Duterte wins the presidential elections.

The Davao city mayor declared himself “single” in his certificate of candidacy.  His marriage to first wife Elizabeth Zimmerman ended in annulment, and he is not legally married to his current partner, Cielito “Honeylet” Avanceña.

The statement might have been said half-jokingly, but recently, ex-wife Zimmerman—who suspended radiation treatments for breast cancer to hit the campaign trail in Mindanao—told the media that the family had agreed that Sara would serve as First Lady if Duterte wins.

If that happens, the Philippines will have a tattooed biker chick as First Lady.

A lawyer, the 37-year-old Sara was Davao City’s first female mayor, and the youngest ever elected to that position when she succeeded her father in the 2010 elections.

Apart from her feisty, let-it-all-hang-out personality, she also inherited from her father a love for big motorcycles. She even declared her bikes in her statement of assets and liabilities, and has been photographed astride one of her cruisers.

Sara is also known for her unconventional personal style.  Last year she shaved her head to convince her father to run for the presidency, and sports a number of tattoos, notably a spray of camellias on one ankle.

(She wouldn’t be the first First Lady with body art: in 2010, Bettina Wulff, wife of Germany’s then-president Christian Wulff, caused a media sensation when she revealed a shoulder tattoo.)

No stranger to controversy, Sara recently revealed on her Instagram account that she had been a victim of rape when she was younger. She said she had kept this secret, even from her father. This revelation came at the heels of mounting criticism of Duterte after he made a joke regarding the rape and murder of an Australian missionary.

In 2011, Sara also made the papers when she punched a Davao City sheriff serving an eviction order—in full view of news cameras.

She told media she might not be able to manage being First Lady and Davao City mayor at the same time. She is running against only token opposition for the post. She suggested that since it’s an unofficial position, the post of First Lady could be rotated, with a different one each month or week as the case may be.

Duterte has said that both his ex-wife and his current partner could live at Malacañang, if they wished. Zimmerman and Sara have been conducting a bus tour of Mindanao for the last month, while Avanceña and Veronica, her 11-year-old daughter with Duterte, have been appearing in rallies in Luzon.

Last April 14, Duterte made an appearance when Zimmerman celebrated her 68th birthday in Cebu. It was the first time the two were seen together in public since the campaign began, opening speculations that some kind of reconciliation was in the offing. Zimmerman was quoted in the media as saying that, despite the annulment of their marriage—Duterte’s philandering was cited as one of the reasons—“in my situation, I’m still married.”

At this point, it seems, anything is possible.