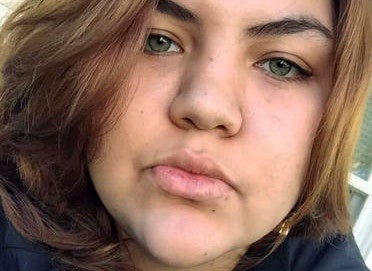 This Nov. 17, 2015 selfie photo provided by Sara Mujica shows her in Danbury, Conn. Mujica told the AP Monday, May 9, 2016, she tested positive for the Zika virus after after returning from a visit to her fiance in March in Honduras, where she learned she was pregnant. AP

Pregnant Connecticut teen shocked to learn she has Zika

HARTFORD, Conn. — A Connecticut teenager says she was shocked she tested positive for the Zika virus after learning she was pregnant.

Sara Mujica, 17, of Danbury, said she found out she was pregnant in March while she was visiting Victor Cruz, her fiance and the baby’s father, in Honduras. At the time of the pregnancy test, she said she was getting over an illness that gave her rashes, headaches and neck aches. She thought it was related to fish she had eaten, not Zika.

She said she returned to Connecticut on March 30 and went to Danbury Hospital to get tested for Zika — just in case. She said she learned of the positive Zika results during a phone call from her crying mother last week, after she had returned to Honduras.

“I was in a state of shock honestly,” Mujica told The Associated Press by phone Monday. “I didn’t really know what to say. I didn’t know what to do. I just started getting teary eyed and almost crying. I was just trying to stay strong.”

Mosquito-borne Zika has become epidemic in Latin America and the Caribbean. It can cause microcephaly, a severe birth defect in which babies are born with abnormally small heads and brain damage. Researchers don’t yet know the rate at which infected women have babies with birth defects.

Mujica, who is Catholic, said she weighed her risks and decided to keep the baby.

“This is my blessing. This is my miracle,” she said. “I have a cousin who has Down syndrome and he is so smart and l love him so much. I would never give up a Down syndrome child or a child with birth defects.”

Mujica said she doesn’t know at this point if her baby will have birth defects.

“I’m going to stay positive and hope my baby comes out normal,” she said.

Officials at the state Department of Public Health and Danbury Hospital declined to comment Monday on whether Mujica tested positive for Zika.

Last week, the department revealed that a Connecticut resident who had traveled to Central America and became pregnant had been diagnosed with Zika. They didn’t identify her.

Mujica said she believes she contracted Zika from a mosquito bite — and not sexual contact — while in Honduras, where Cruz lives in the city of Choloma. She is among 44 pregnant women across the U.S. who have tested positive for Zika, according to the federal Centers for Disease Control and Prevention.

Tests have confirmed Zika in a total of 472 people in the U.S., with all the infections associated with travel to Zika-infected areas in other countries, according to the CDC. Connecticut officials say four people in the state have tested positive.

Mujica is hoping that Cruz can come live with her in Connecticut. TVJ