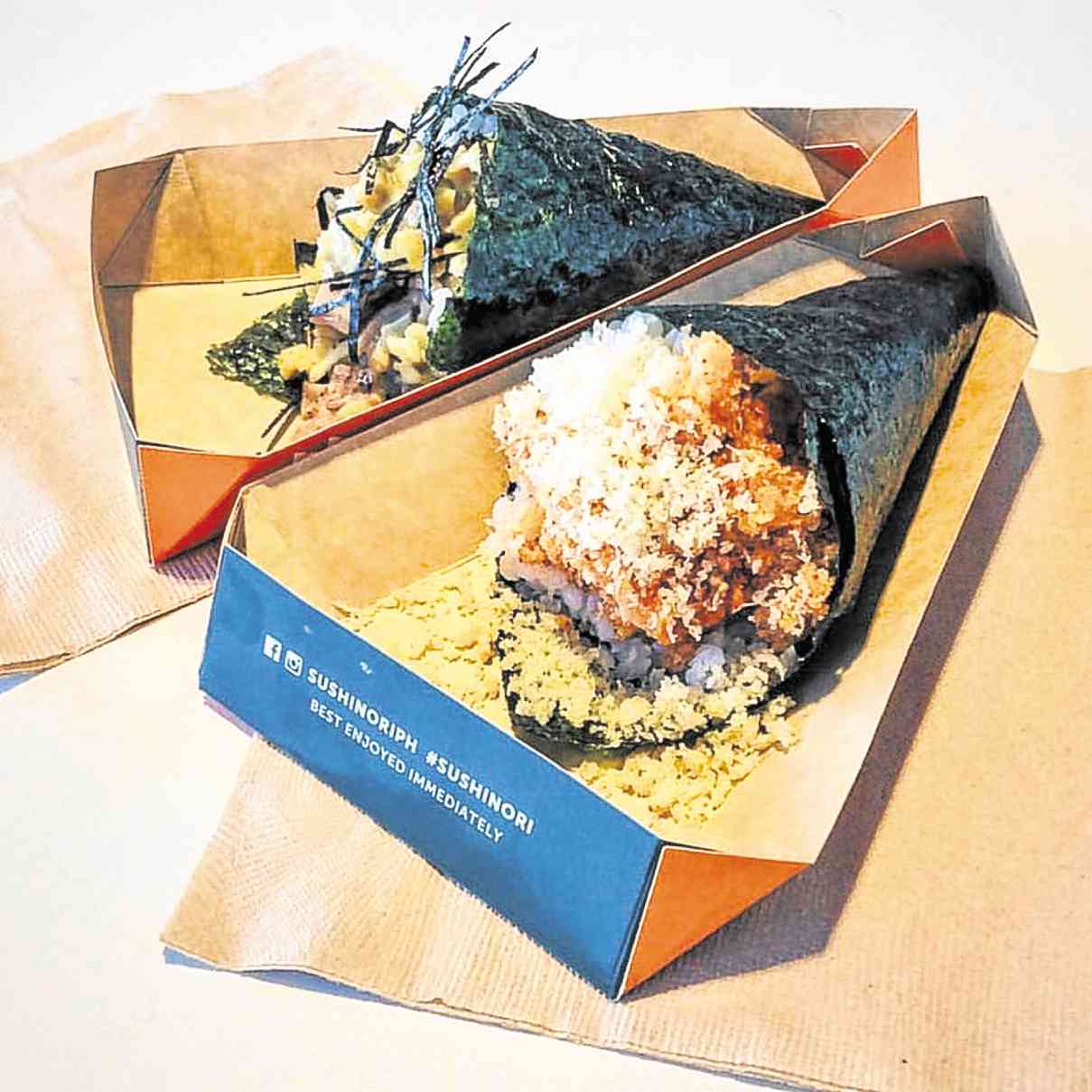 TEMAKI at Sushi Nori is like a Japanese burrito with rice, seafood and vegetables in a “nori” cone. ROKU’S seafood “ramen” RESTAURATEUR Sheila Romero and her daughter Mikaela PHOTOS BY ALEXIS CORPUZ PHOTO COURTESY OF MIKAELA ROMERO

Restaurateur and soon-to-be mother of five Sheila Romero was feeling emotional during this interview held a few weeks ago. Her eldest daughter Mikaela was preparing to open the second Sushi Nori outlet at SM Megamall (the first is at the cinema floor of SM Aura); and Sheila was proud at how serious and business-minded her 23-year-old had become.

“I think that’s the dream of any parent—to see their children steadily make their way in the world,” Sheila said, tearing up a bit. A restaurateur since the 1990s—she used to handle Azzuro—Shiela parlayed her experience into opening Roku, a Japanese restaurant fronting the Ateneo campus in Quezon City four years ago.

Roku has gained a regular clientele composed mainly of students from the nearby schools who come for the sushi. Last year, it opened a second branch at TriNoma.

“We attract a more mature crowd at the mall,” Sheila said. “They prefer our ramen, donburi and katsudon. We recently hired a Japanese consultant chef, Kenji Dobashi, to train our staff on the proper way to make tonkotsu, the flavorful pork broth used for ramen.”

Aside from the ramen that now comes in several variants, the menu at Roku consists of familiar favorites like steamed or pan-fried gyoza (dumplings), a wide range of sushi, rice dishes with curry, and the addicting spicy chopped raw tuna served on a lettuce cup.

“That’s my diet dish when I’m trying to eat less rice,” Sheila said. At the moment, however, she can’t indulge in uncooked food as she’s pregnant with her fifth child.

She’s taking it easy now and letting her daughter oversee operations at Sushi Nori and Roku. While Roku is a full-service casual Japanese restaurant, Sushi Nori is set up like a kiosk.

“Our Japanese hand rolls at Roku are all made-to-order on site so you’re assured of freshness,” Mikaela said.

She describes the product— inspired by dining concepts in Brazil and London—as a “Japanese burrito.” Sushi rice, seafood and julienned vegetables are arranged on a square of nori (Japanese seaweed) and formed into a cone.

“If you’re a light eater, it can be a meal in itself,” Mikaela said. “Customers actually order a couple and take them to the cinema.”

Sheila noted that “Sushi Nori may be entirely Mikaela’s, but I told  her to share it with her siblings, so now my two younger kids post about it online and can invite their friends over.

I’m happy they’re all getting along.”

The second Sushi Nori branch will open later this month at the Mega Food Hall of SM Megamall.

“We were able to secure a space right in front of the food hall, so we’re hoping it will catch the eye of shoppers and diners,” Mikaela said.