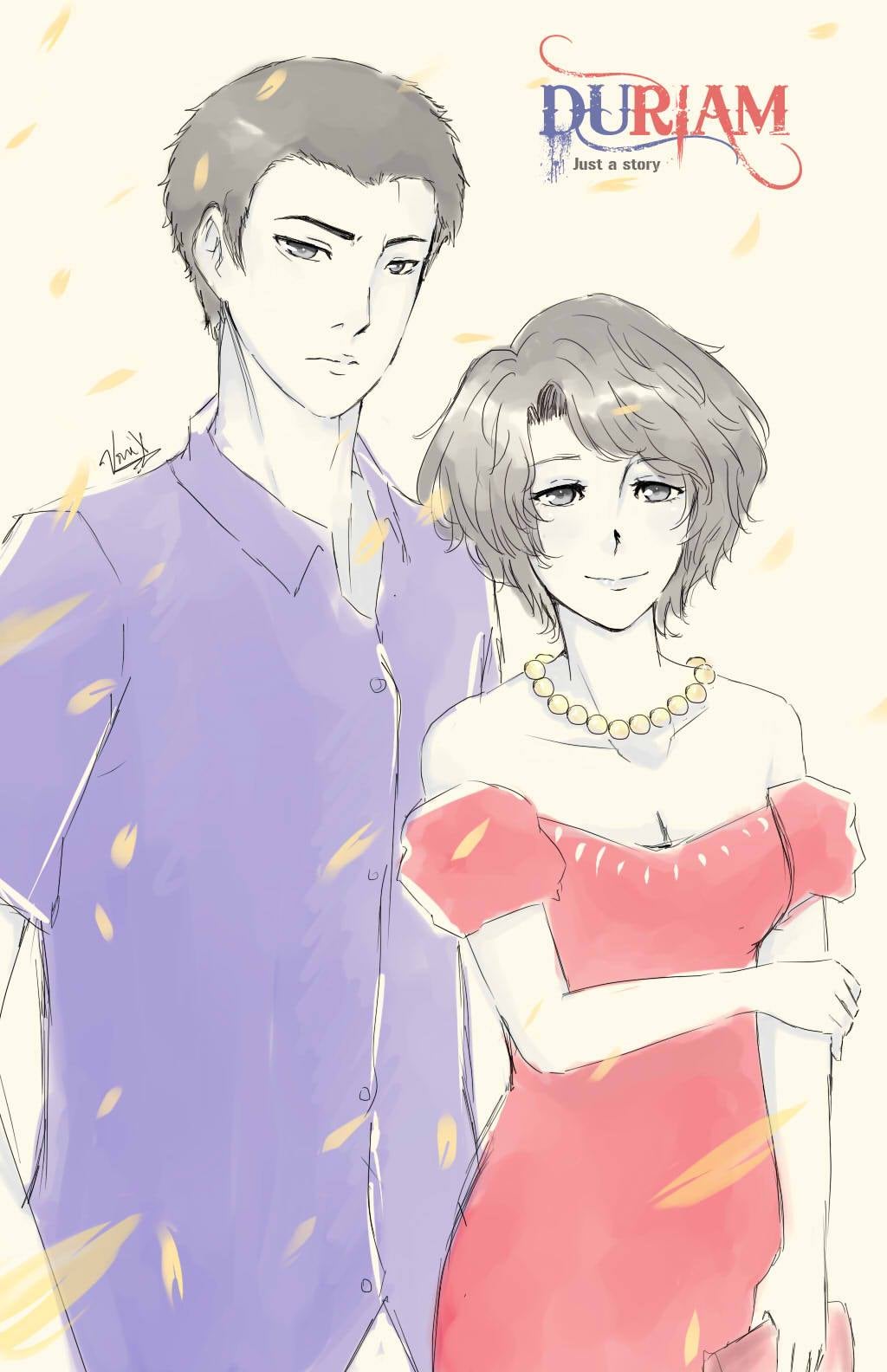 Some of us came into the 2016 elections feeling hopeful, passionate, excited, even scared. But we didn’t expect coming out of it feeling… kilig? Creeped out? Moe?

Confused, certainly. We can’t quite pin down the dominant emotion, and it’s all thanks to the creators of “Duriam Chronicles”—a “so-wrong-but-feels-so-right” manga being developed about the Philippine presidential elections, but reimagined in a high school setting. 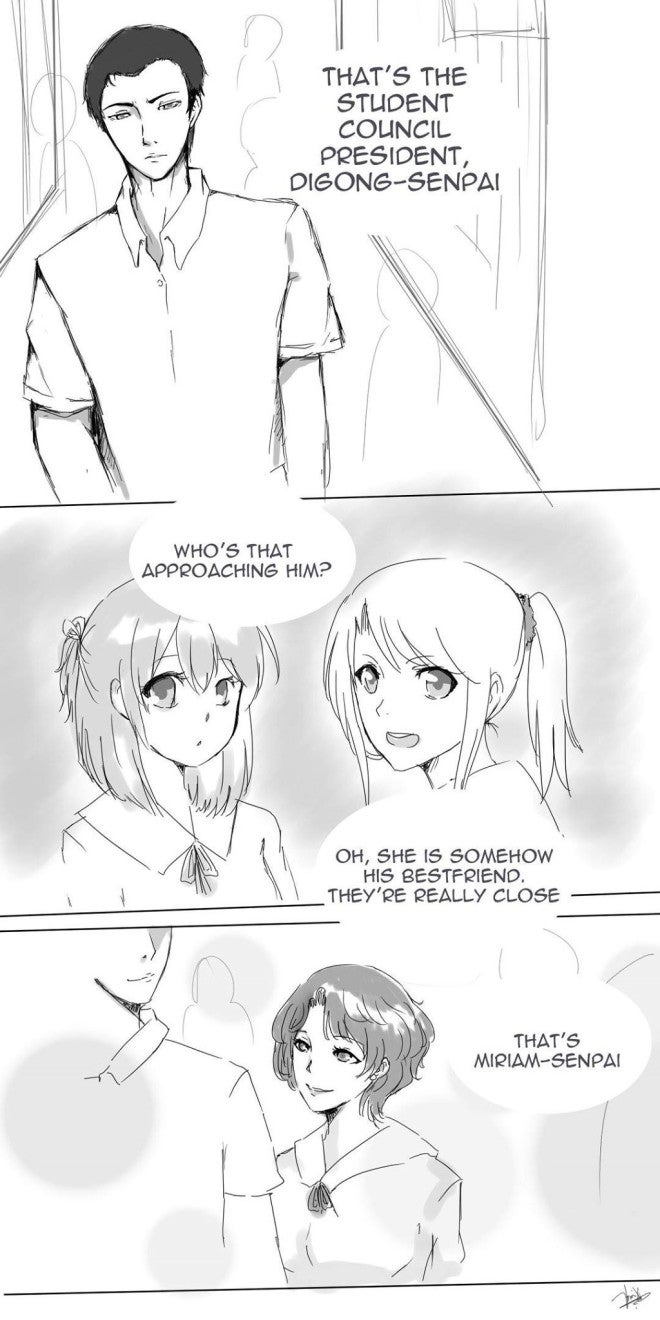 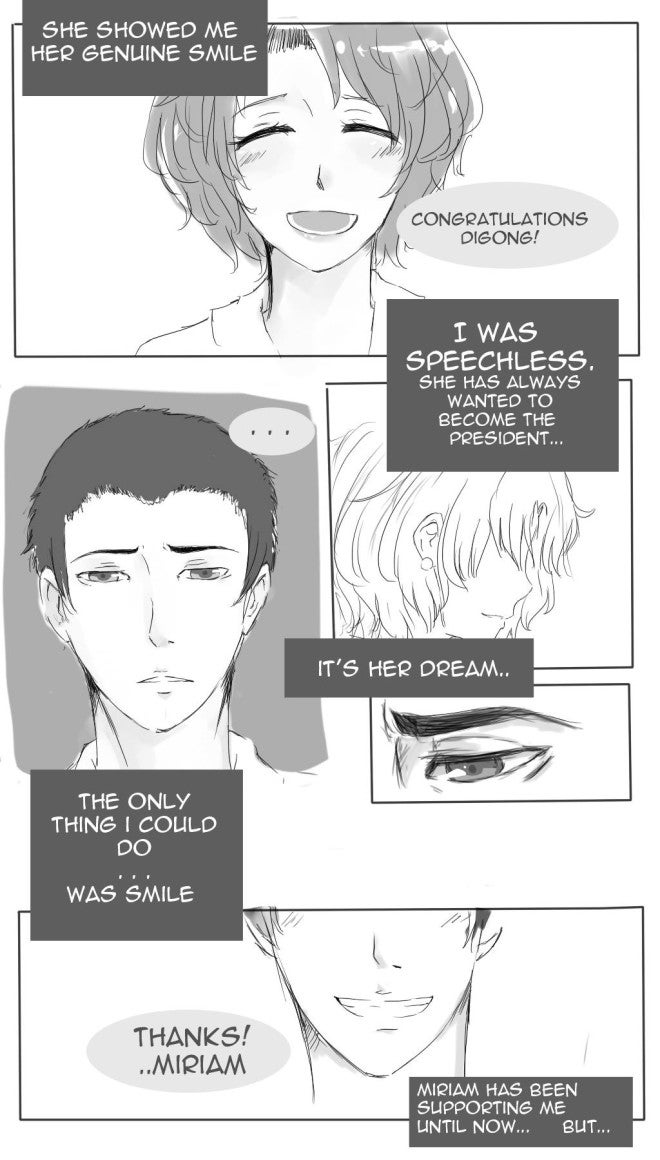 Duriam came to be after the first presidential debate last Feb. 21. (Other portmanteaus emerged, but Duriam prevailed, possibly because it hilariously rhymes with “durian,” the fruit that abounds in Davao and is somehow like Duterte and Santiago: tough and prickly on the outside, soft and mushy on the inside, and also quite polarizing.)

The vulgar and crude Duterte displayed surprising graciousness when he thoughtfully assisted his opponent and seatmate to and from her chair to rest throughout the last debate. Viewers found it endearing and quickly declared them BFFs.

It didn’t help that the two didn’t hold back on their compliments for each other throughout the campaign period. In the third and final debate, Duterte even called Santiago “a woman worthy to become the President of the Republic of the Philippines.” Santiago couldn’t help but smile.

And while most people got riled up over Duterte’s foul statements—about extrajudicial killings, an Australian rape victim, the Pope—Santiago simply defended his right to free speech. That’s not to say that she was all praises for Duterte, though. She also didn’t hold back on her criticism of him—just like a best friend would.

That interaction launched a thousand memes, setting social media ablaze with declarations of Duriam as the ultimate OTP (one true pair). One Twitter user even warned that AlDub and JaDine might soon be dethroned. And now, a manga is in the making.

Santiago is happily married, with kids and grandkids she dotes on. Duterte has his own partners. And we don’t really want to mess with any of that. At least, not in real life.

In our imagination, though, we can be a little more flexible.

After it became clear that Duterte had taken the lead at the polls while Santiago trailed far behind, a follow-up post tugged at the heart: In the illustration, Miriam sincerely congratulates Digong after his win, but Digong didn’t know how to respond because Miriam “has always wanted to become president.” Aww.

Abuda, along with writer Jefferson de la Peña and editor Maria Angela Artienda, creators of “Duriam Chronicles,” are still developing the characters and the story for the manga.

It was the first time the trio created anything like it, De la Peña said. In fact, he added, it was only out of boredom that Abuda drew and posted the first illustration. And before long, it has been seen and shared by thousands of strangers. The page they created has reached more than 18,000 likes in just three days. Recent updates have finally revealed other character designs for “Mar,” “Grace,” “Bongbong,” “Alan,” “Leni,” “Tony” and “Jejomar” (who we thought might turn out to be a kemonomimi, with cute dog ears or a bushy tail—he didn’t; he just looks like a dark cutie).

Oddly enough, Grace and Bongbong look like they could be siblings.