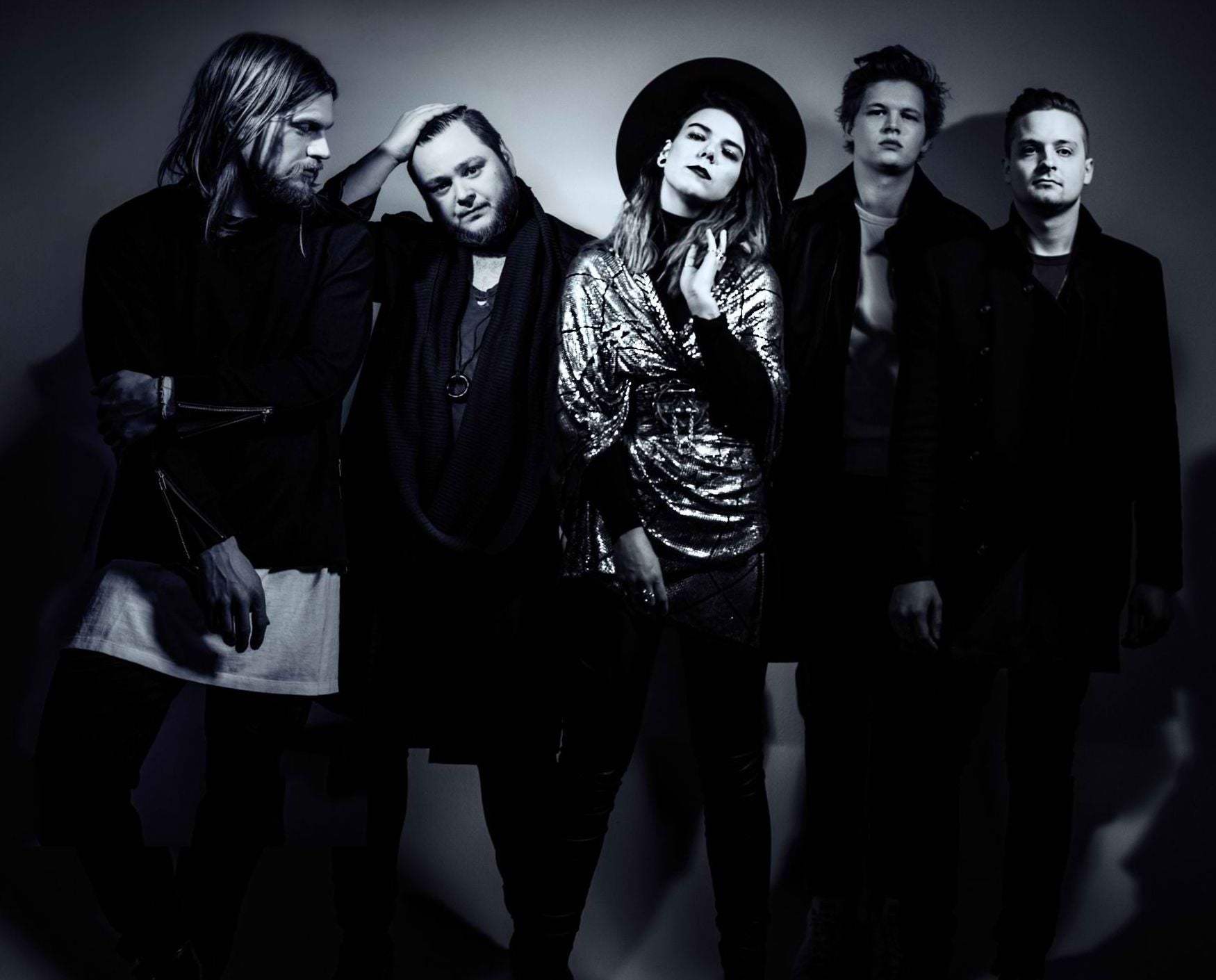 If you were one of those thrilled about Of Monsters and Men’s first concert in Manila, the feeling was mutual.

Weeks before the show, lead guitarist Brynjar Leifsson confessed that he and the rest of the band—co-vocalists/guitarists Nanna Bryndís Hilmarsdóttir and Ragnar Þórhallsson, bassist Kristján Páll Kristjánsson and drummer Arnar Rósenkranz Hilmarsson—couldn’t wait to head to the Philippines.

“This is the first time for us in Manila… we were super excited,” he said in an e-mail interview with Inquirer Super.

The concert, held last night at the World Trade Center in Pasay City, had the Icelandic indie-folk outfit performing tracks from its hugely successful 2011 debut “My Head Is an Animal” and the haunting, introspective follow-up album “Beneath The Skin.”

After the jangly chart-topper “Little Talks” propelled the band to mainstream acclaim, Of Monsters and Men embarked on an extensive tour to promote “Animal” and played at music festivals across continents.

“We tried to explore every city and see as much as we could,” Leifsson said about life on the road. “We are a pretty big group of people… so we hardly ever get on each other’s nerves.”

After the tour, the band went back to the studio to work on its second album and took on a different creative approach. “Instead of playing shows in Iceland with half-written songs, we got a chance to focus on writing for a couple of months and rehearsing the material before recording it,” Leifsson explained.

He added: “Also, when we were making ‘My Head Is an Animal,’ we recorded the foundations of the songs in three days, and then worked on and off for a couple of months to finalize the album. But with ‘Beneath The Skin,’ we stayed in the studio for four months focusing on the album.”

Since its release last year, “Beneath The Skin,” with its carrier single “Crystals,” had been regarded by many as a sonic departure from the band’s previous record. As the title implies, it’s something more personal. Indeed, the band members have expressed in previous interviews that this album was about “digging deep.”

What have they dug up so far in those four months of working solely on the album?

“Well, nothing horrible, I can tell you that. But it’s definitely therapeutic to talk about the feelings that inspire you to write,” Leifsson said. “Some aren’t always happy feelings…”

He noted: “The gamble paid off, since we stuck to what we wanted to do. We are really happy with the sound of this album.”

Contrasts aside, the unifying element in the band’s music (apart from the group vocals and reverb effects that Leifsson refers to as the band’s signature) is that it possesses a magical, almost eerie quality—perhaps due to the band’s penchant for ghost stories and other supernatural influences.

“I think it is also just thinking about the environment and the time the stories were all written—back when people lived in huts and had no lights and sat in the cold thinking about what could be out there in the darkness,” Leifsson mused.

A number of the band’s songs have made it to the soundtracks of such films as “The Life of Walter Mitty,” “The Hunger Games: Catching Fire,” “The Walking Dead” and the Marvel-Netflix collab series “Jessica Jones.”

What’s more, “Game of Thrones” fanatics might want to be on the lookout for the band members themselves in the sixth season of the wildly popular franchise, which is currently being aired.

“We are actually doing a cameo in the new season and we can’t wait to see how it will turn out!” said Leifsson. “We would love to write a song for ‘Game of Thrones.’ We are all big fans.”