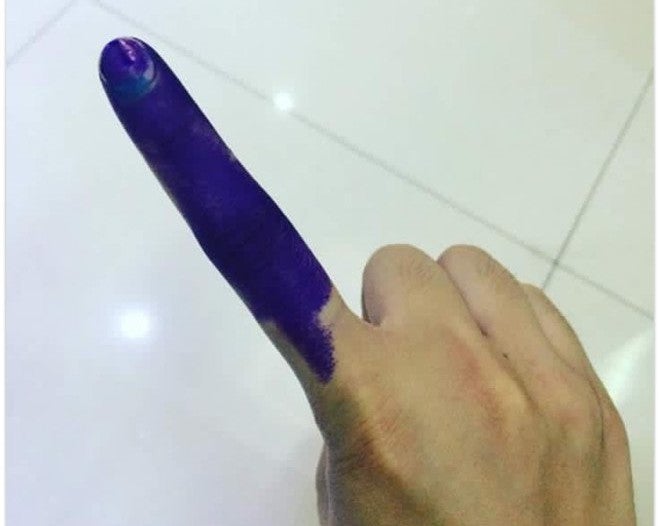 Whether or not your chosen candidates came out on top, the 2016 elections have given Filipinos plenty to celebrate: the turnout was high (at least 81 percent), the proceedings were generally peaceful and, once again, the Pinoy sense of humor had the chance to shine.

Yes, amid the deluge of pictures of ink-stained nails and cups of Starbucks Macchiato were these gems that made us laugh while we obsessively kept refreshing Inquirer.net’s election results page to keep our eyes on the tally. 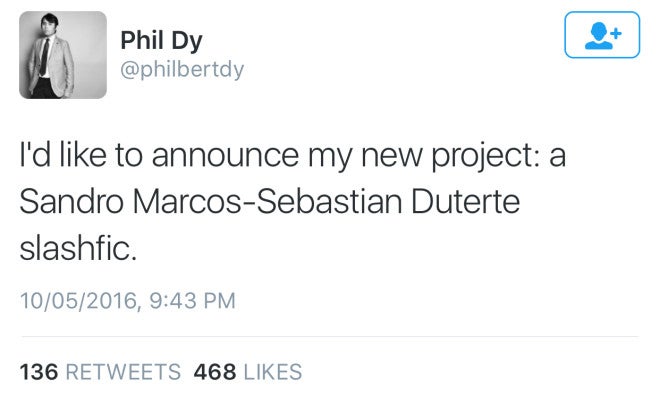 Movie critic Philbert Dy is the mastermind behind the hilarious but very NSFW hashtag #RP69FanFic. (And no, we can’t publish the top tweets because they’re NSFW.) Philbert tweeted, “Don’t ask me to explain #RP69fanfic. Something so beautiful doesn’t need to be explained.” But let’s try: It’s “50 Shades of Grey” meets “Carry On” starring the children of the presidentiables/vice presidentiables. 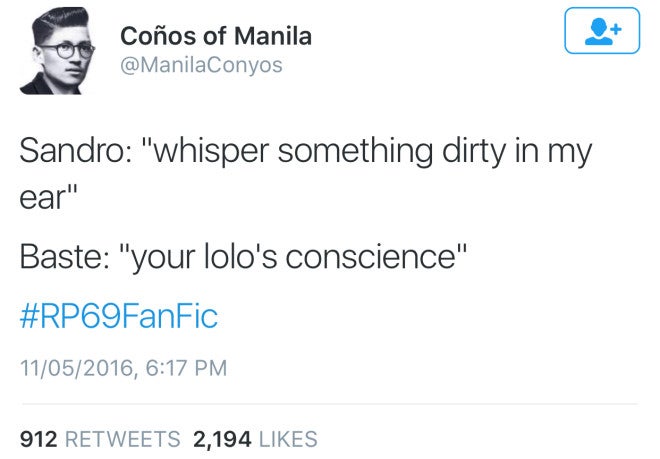 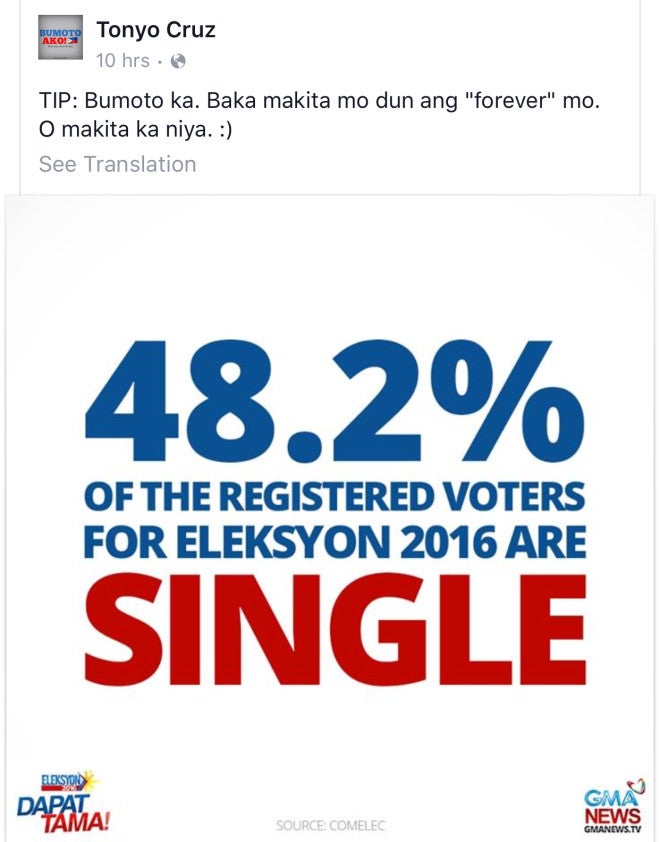 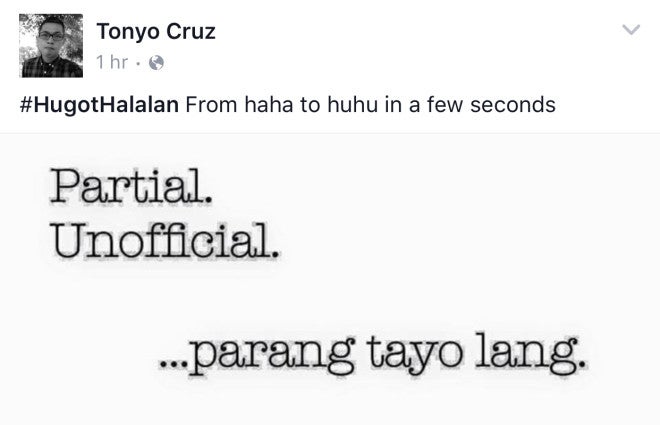 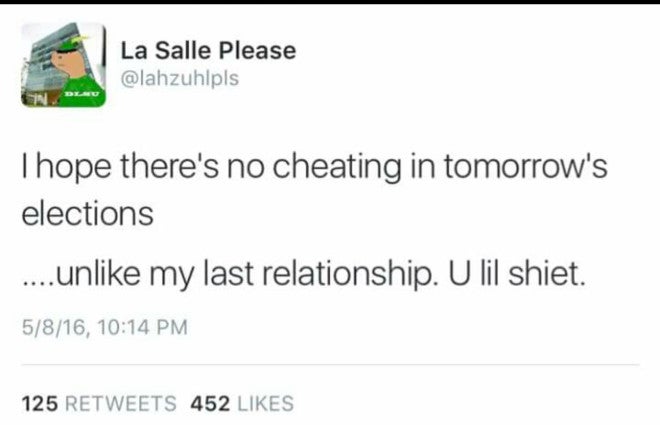 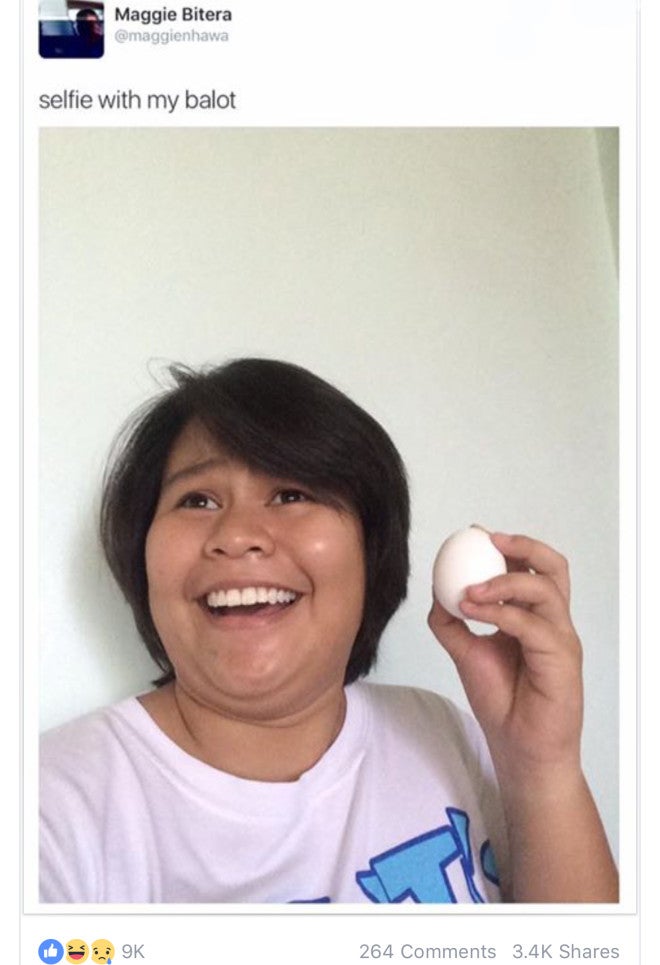 @maggienhawa, you didn’t just have us laughing, you had us craving balot. 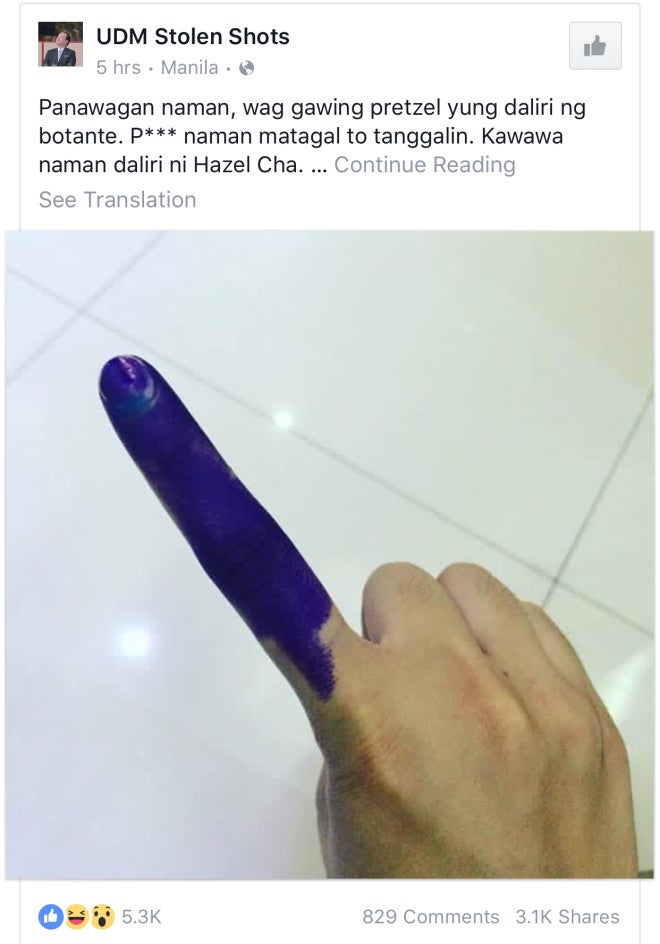 We saw hundreds (maybe even thousands) of ink-stained nails on elections day but one stood out in particular: this blue finger. To quote one of our Facebook friends, “Ang lakas maka-Mystique.” People were so entertained by this photo that some have even used it as their profile picture.

One of the funniest tweets we saw was from @VinQuilop. 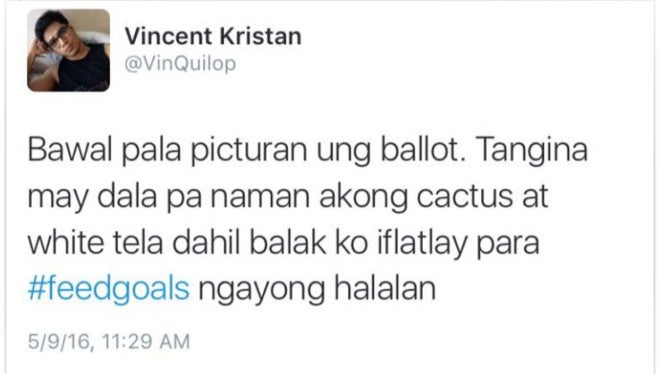 And then of course, there was that Alma Moreno parody account that, sadly, has been suspended. 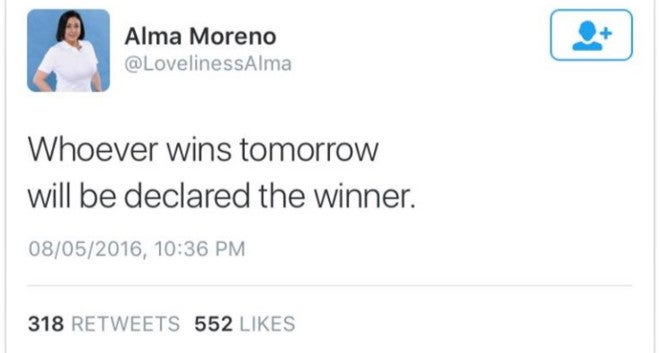 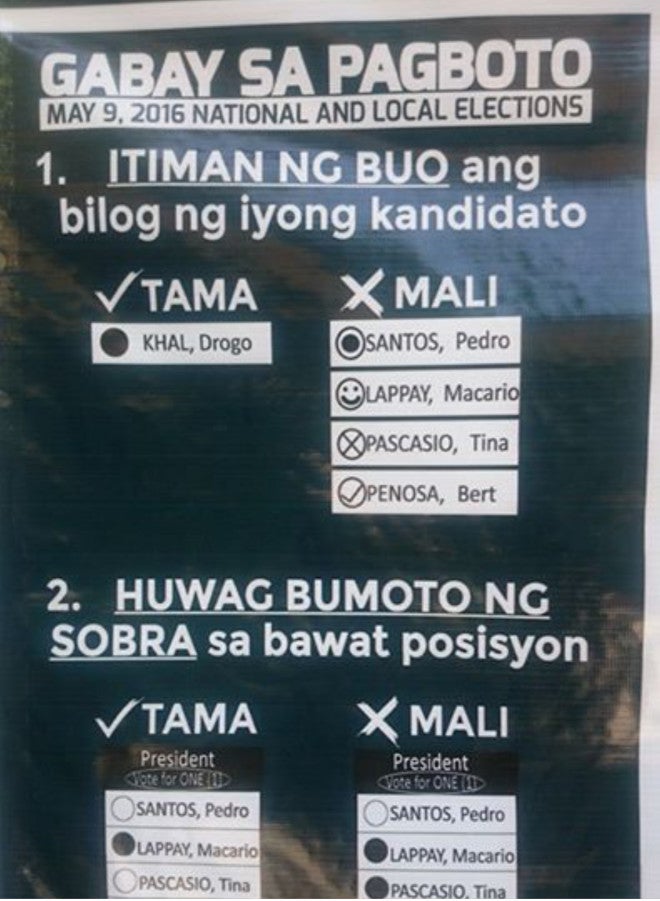 Obviously, the person who made the Comelec’s Gabay Sa Pagboto sign is a “Game of Thrones” fan. Many voters were tickled when they saw Khal Drogo’s name and couldn’t resist taking a picture. 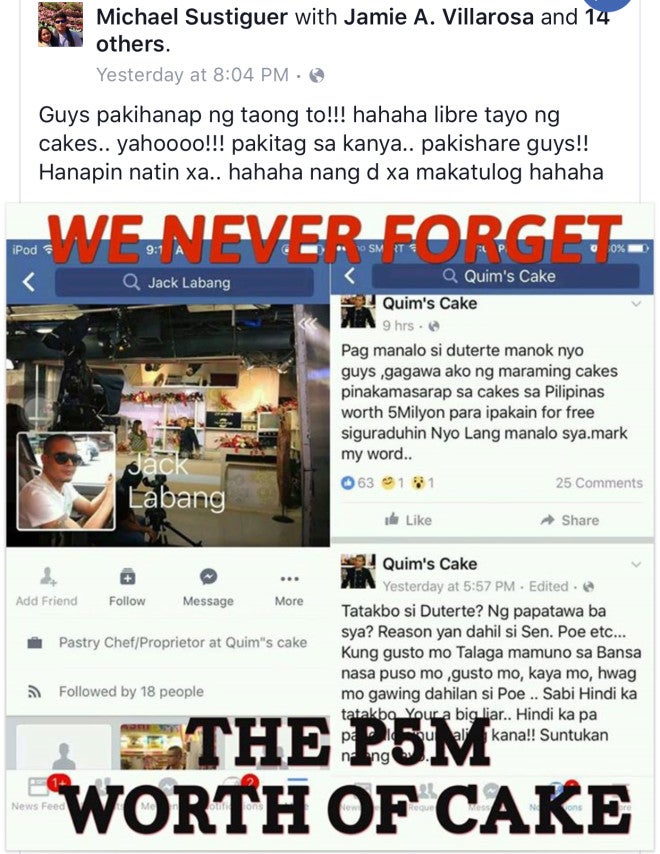 If you tell people you’re going to bake and give away P5 million worth of cakes, trust us, they’re going to remember. 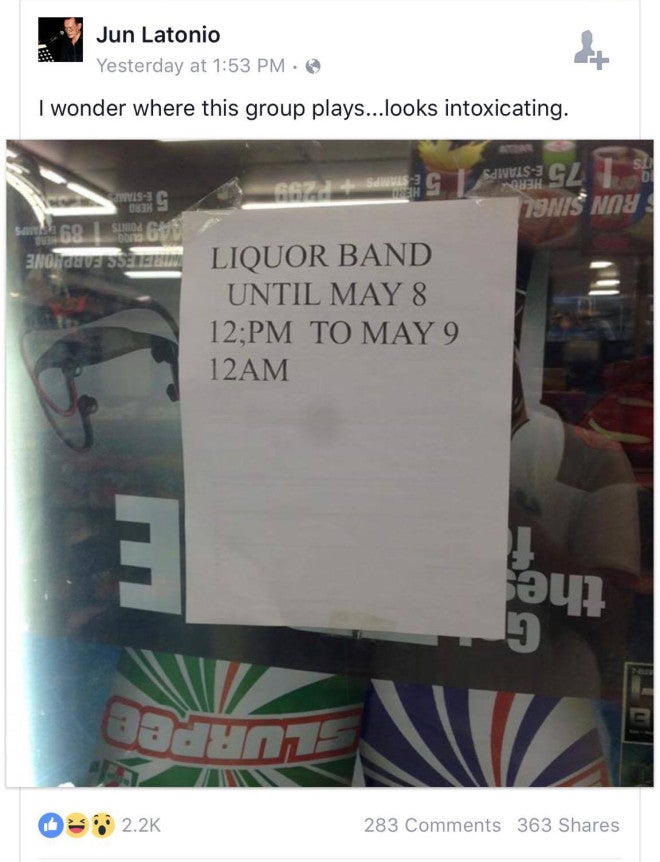 Theirs is a gig you would not want to miss. Even Lenny Kravitz made an appearance. 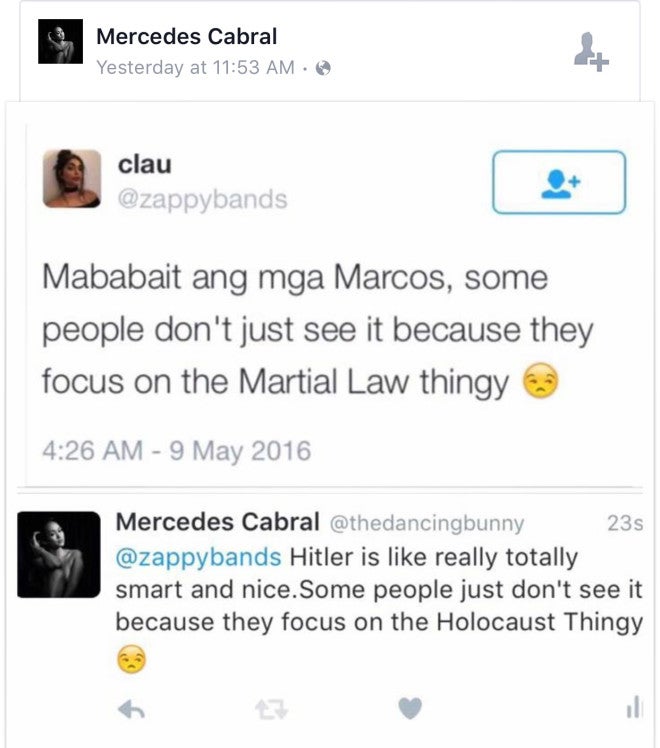 Twitter user @zappybands earned the ire of netizens for waving off Martial Law as a “thingy.” Her tweet isn’t funny—it’s tragic. Even Miranda Priestly agrees. 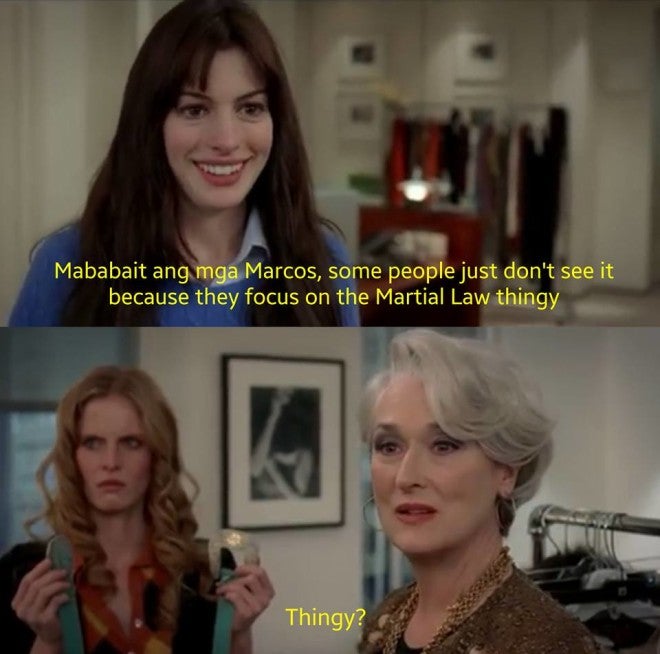