Prayer and awe in the mountains of Montserrat | Inquirer Lifestyle ❮ ❯ 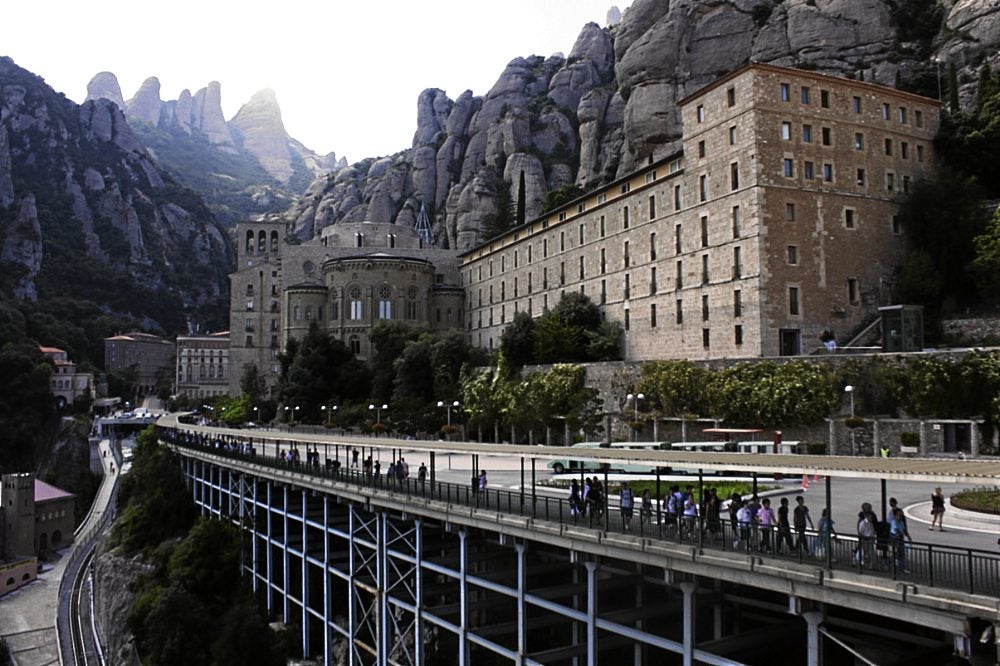 Prayer and awe in the mountains of Montserrat 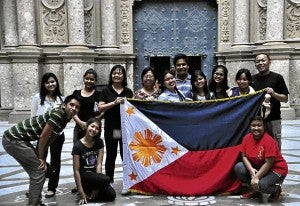 Our Lady of Montserrat… Pray for us…”

Bedans, Scholasticans, and Benedictines utter these at the end of any prayer. What does it mean whenever we call out to Our Lady of Montserrat? Where is Montserrat, anyway?

These were among the questions I pondered as I prepared for the 5th International Benedictine Youth Congress (IBYC) in Montserrat, Barcelona.

It was an exclusive gathering of Benedictine students from around the world, held every three years. It preceded the 26th World Youth Day (WYD) in Madrid.

We arrived in Barcelona and took an hour-long bus ride from the city to the Sanctuary of Our Lady of Montserrat.

It was quite an experience. We drove higher and higher up the mountains of Catalonia, where the temperature began to drop. According to our host, “Montserrat” means “serrated” or 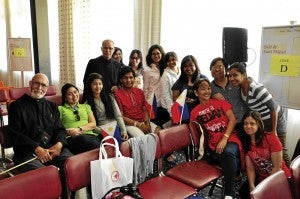 “jagged” mountain in Catalan (the local language in the region).

It was past midnight when our delegation reached the Benedictine Abbey of Santa María de Montserrat, 700 meters (2,296 ft) above sea level. It’s known as the symbol of Catalonia, originating in the 11th century, when, it is said, shepherds found a small black statue of Mary on the mountainside. Today, the community is made up of some 80 Benedictine monks.

To start our day, we had an early Mass followed by breakfast at the Mirador dels Apostols, a building near the monastery. Then we proceeded to one of the conference halls for a general presentation of Benedictine delegations.

The monks offered exciting workshops to us, such as “What’s the life of a Benedictine monk in Montserrat like?”, “Leadership the Benedictine way” and even a dance workshop. Aside from the workshops, we had group discussions with fellow delegates. It was great interacting with students from all-over the world about different topics like God, Facebook, music, gadgets and everything else. We somehow understood one another, despite the language barrier.

We also discussed the lectio divina (divine reading), a traditional Catholic practice of prayer and scriptural reading. It is said that our patron, St. Benedict of Nursia, was the founder of this medieval tradition.

Every day before dusk, we went to the La Basílica de Montserrat to perform vespers (evening prayer) with the monks of the abbey. We were left in awe of its architectural splendor. Its main attraction is the Virgin of Montserrat, known locally as La Moreneta (which means, the little dark-skinned one). It is the black statue of Mary dating back to the 12th century.

The origin of the statue is unclear, but one story says that it was carved by St. Luke in Jerusalem and carried to Spain by St. Peter. Here it was lost until shepherds discovered it on Montserrat.

The statue is dressed in regal robes. It was crowned by Pope Leo XIII in September 1881. Thanks to the efforts of Fr. Olegario Z. Commeleran, OSB, San Beda Alabang’s resident Spanish Benedictine monk, we were able to see up close the La Moreneta, and were even able to touch the little globe on her hands before any of the other IBYC delegates could.

Before our departure for the WYD in Madrid, there was an opportunity for us Filipino delegates to showcase our culture and talents before the other foreign delegations during the

We witnessed the presentations of the other delegates. We were impressed by the native aboriginal dances of the delegates from Australia, the loud melodious drumbeats of the African delegation, and the raucous yodeling of the German delegates. Everyone enjoyed the diversity and uniqueness of each presentation.

The delegations from the Philippines were among  the last to perform. The delegation of St. Scholastica performed the Subli and B’laan, while the Bedans presented the Cariñosa. We also presented popular OPM songs from the Eraserheads and capping it off with the Indian Yell—one of the most popular collegiate cheers in the Philippines. Everyone was pleased with our unique performances and they enjoyed the bags filled with Bedan goodies we gave away.

Before leaving, I decided to take one last stroll around the Basilica and nearby Sta. Maria Square. It was here that I saw the imposing figures of familiar saints, such as St. John Bosco, St. John the Baptist de La Salle and St. Ignatius of Loyola. They all stood tall, but the tallest of them all, literally and figuratively speaking, was St. Benedict, whose Order influenced and inspired these saints. 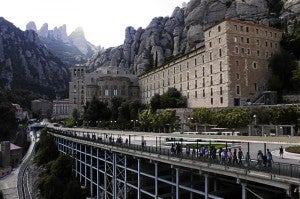 There is a saying among Benedictines that St. Benedict was the maker of great saints, being the founder of western monasticism. This made me very proud to be a Bedan; it was at this point of the trip that my ánimo (Spanish for spirit) for my alma mater was at an all-time high.

The IBYC was truly a memorable and intimate experience, when we truly felt God’s presence in the mountains of Montserrat. The next time I utter the words: “Our Lady of Montserrat,” I will know the meaning of these lines by heart.

This piece is in memory of Fr. Dunstan Ma. B. Candol, OSB, who passed away on Oct. 16 at 56. Fr. Dunstan was the head of the Bedan delegation to the IBYC and WYD. He served as the head of the Catholic and Benedictine Formation Office of San Beda Alabang. He is also known in the Bedan community for his active involvement in the Peace Retreat Movement.