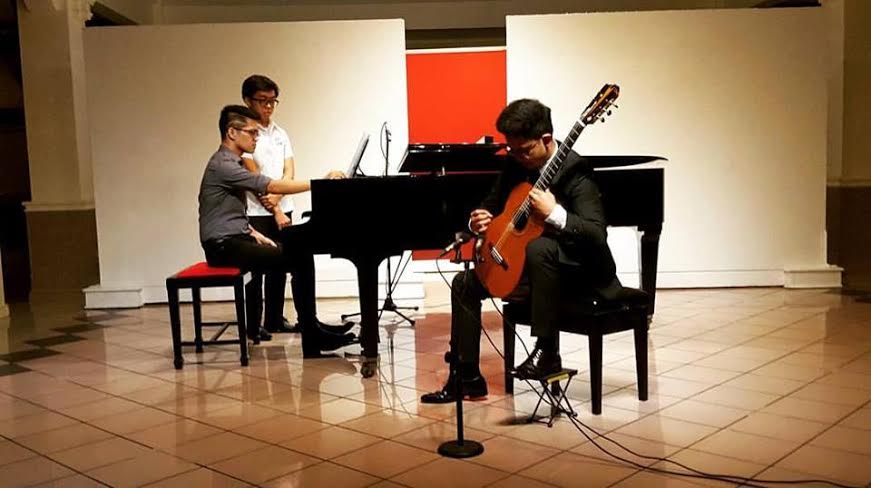 THE GREAT acoustics of University of Santo Tomas Museum did justice to the excellent recital of classical guitarist Aemilio Cecilio Enginco on May 6.

Every note was well-defined, the silence in between highlighting the music. You could easily see a local Prince of Classical Guitar emerging.

His notes built up with surprises, with the sense of drama especially endearing, and he made the virtuoso part very much part of the music (not a chance to show off).

It was in the rendition of Rodrigo’s “Concerto de Aranjuez” with pianist Heliodoro Fiel II that one saw the side of the Enginco as an equally superb chamber musician.

In the three movements, the two made beautiful music, each contributing to making the Rodrigo concerto come to life even without a full orchestra.

Enginco knew the concerto inside and out. He was at his best in the second movement (adagio), where he poured out a beautiful and thoroughly moving cadenza. The guitarist hurdled with aplomb the difficult changes in tone, tempo and dynamics.

Fiel was equally engaging as he marked the rhythm of the piece with dispatch, guiding the soloist and playing the role of a conductor on top of performing the part for the orchestra.

Fiel was a dream collaborating artist in the Rodrigo piece. It was amazing how he complemented the part of Enginco with beautiful music and not missing a beat. The two shared commendable tone and articulation.

On the whole, the performance allowed one to actually re-examine the guitar concerto and rediscover its haunting qualities. It was a recital way above one’s expectations.

Enginco is a student of Alberto O. Mesa, and the recital is a partial fulfillment of the requirements for the degree of Bachelor of Music in Guitar.