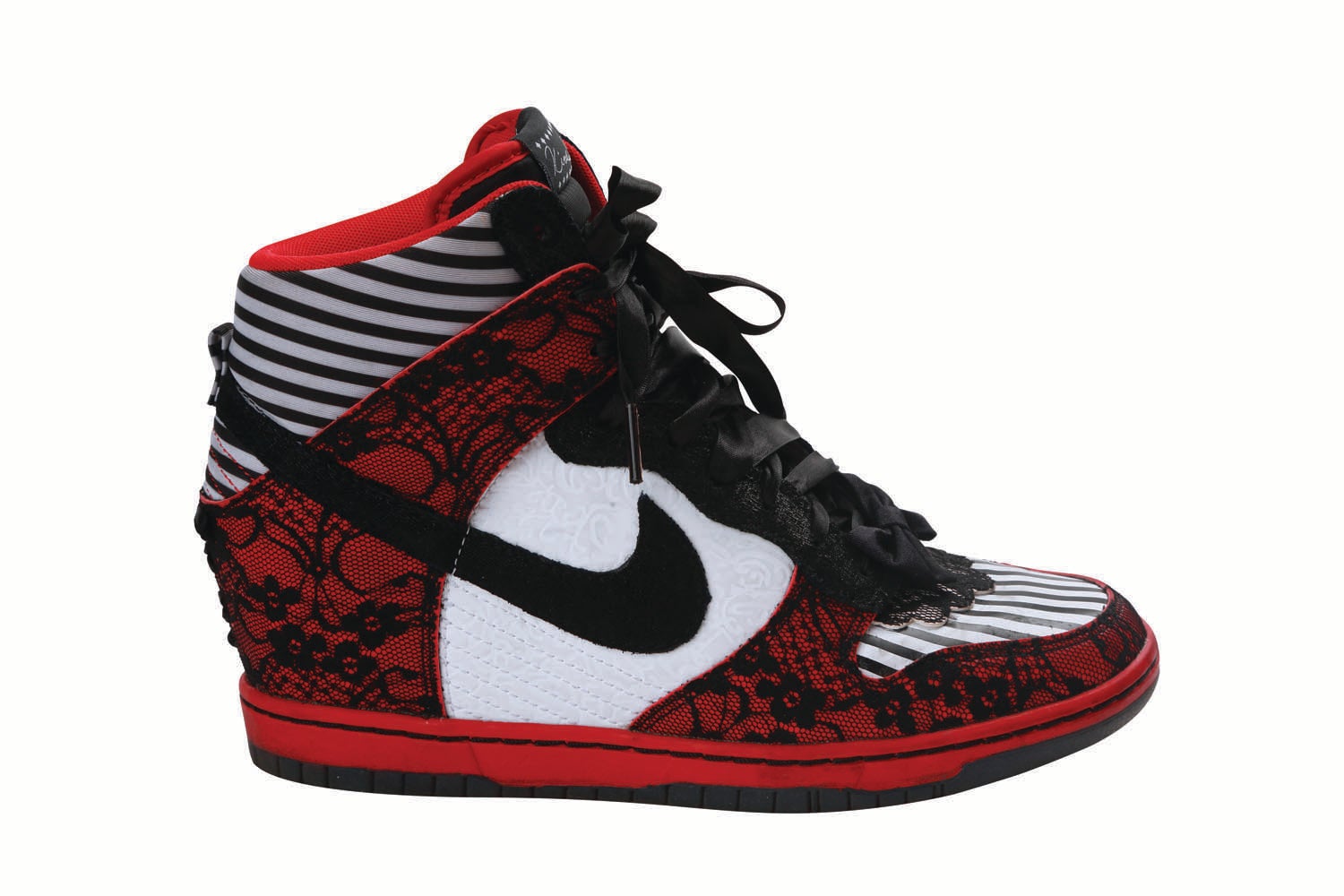 Her shoe story is a fascinating one, considering Ann Jacobe founded Shoephoric.com merely to document her shoe collection—a hobby to have her own shoe database. Four years later, it has successfully developed into a social networking portal (and community), with its viral influence, connecting shoe junkies worldwide. On the site, shoe lovers are enticed to “share, interact, and be part of a community that ‘loves heat for the feet.’”

It isn’t uncharted territory for Ann. In fact, she is tech-savvy and was trained for it, graduating with a degree in Electronics and Communications Engineering, and later pursuing a master’s in Information Technology. Obviously, adding to her cred, she is tremendously in love with shoes. Her plan is to further grow the site’s worldwide influence and spread the love for shoes. She’s also looking to start her own Tango shoe line, II by Ann Jacobe.

What started out with just a pair—a fine black patent stiletto by Christian Louboutin, named after the shoe master’s favorite neighborhood in Paris, “Pigalle”—has now grown into an impressive collection, “half a thousand,” she gives an approximation of the shoe count, most bought on impulse; some have already been given away.

The “Pigalle” is her oldest and dearest. “So dear to me, I had to get two pairs,” says this 43-year-old collector. She was scared that the stock on the beauties would run out, but never thought they would become the classics they are today—the perfect choice of footwear for any self-respecting power woman.

Ann has dedicated two floors of her home just for shoes. The first floor is where she stores her flats and sandals. Boots for traveling to cold places occupy the space, as well,

while the second floor holds her favorite Italian brands, and is where she keeps her sneaker collection.

Be prepared to be jealous: the second floor is her “Shoe-seum.” It’s kept in a 1920s cabinet from the library of Jose P. Laurel, the late President of the Second Philippine Republic during the Japanese Occupation. She acquired the cabinet from an art gallery, and thought it would be perfect to display and archive her ridiculously gorgeous collection. It holds up to 40 pairs, consisting of her favorite brands Christian Louboutin, Giuseppe Zanotti, Paul Andrew, Sophia Webster, and Charlotte Olympia.

“Everything in my ‘Shoe-seum,’ every pair inside is treasured,” she says of the legendary designs by the masters, whose creations speak for themselves.

Ann’s family and friends pronounce that she totally lives up to the name “Shoephoric.” Whenever she sees a pair she likes, she gets excited and can’t resist buying it. She recalls her most memorable trip to Paris, visiting her most-loved brands and coming home with her luggage full of shoes.

She believes shoes say a lot about her personal style. “I challenge the norm with style. I embrace diversity, and I am never boring!”

She sees herself being in love with shoes for the rest of her life. “Because it makes me happy, and has inspired me to build a community,” she says, beaming with pride. “It’s for a lifetime, and not just a trend.”