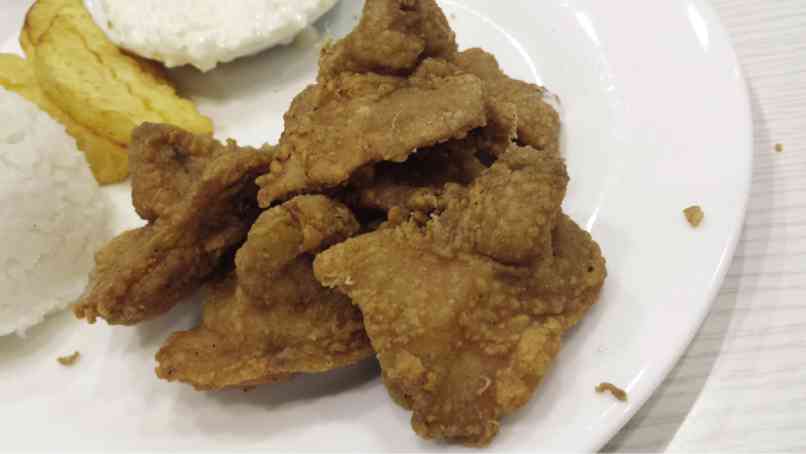 I travel around the country for various reasons—judging culinary competitions, doing cooking demos for Nestlé for Caterers or doing my Lifestyle Channel show, “Food Prints.”

In the first two, we eat at normal times—breakfast, lunch and dinner, and many times in between. But when it’s for “Food Prints” taping, it’s simply eating all day.

As soon as I hit the road, it’s hopping from one place to the other for nonstop tasting and eating. It is difficult to describe how full I get and, most of the time, I tell myself I will not eat in the next destination. But that resolve has never worked; I have a 100-percent failure rate.

Everything we’ve tried has been delicious, except in only a few cases.

Almost everything we feast on, we dream of revisiting. My “work” is actually a dream job.

There was not one province we featured that didn’t have delicious food. It is a never-ending food exploration.

I have always planned to set aside the provinces known for very good food for the end of the TV season. Those were Cebu and Bacolod.

To do Cebu, I knew I had to ask one of my foodie friends to be beside me. Maricris Encarnacion is not only a food writer and lifestyle editor of a Cebu-based magazine, she is also a walking “Google search,” with enough experiences in Cebu and a few Asian countries.

Apart from what I knew about Cebu dining, like Rico’s lechon, Tymad Bistro and Sunburst fried chicken, Maricris lined up a few other unknown places for me to check out.

I have to share an inspiring story of Lita Urbina who started with a tiny carinderia to augment the family income.

Hailing from Laguna, she had grown a small eatery into five restaurants such as Café Laguna, a Thai restaurant, an Asian street-food restaurant and, the latest, La Parilla, a Pinoy restaurant with an outstanding view.

Hers is also the largest and most successful caterer in Cebu. I love her chicharon.

The province’s “La Loma” is Talisay. Here on a Sunday, there are rows of lechon being sold from each store.

Carcar market also sells humongous lechon stuffed with pineapple and all sorts of veggies. This I found tasty but too fatty.

We went to a chicharon factory that does not say “cholesterol-free” but rather “free cholesterol.”

I also had Cebu lechon freshly made by Rico. Rico’s lechon was freshly roasted and brought to our table. He used native pigs that hardly had any fat between the crispy skin and the meat.

The aromatics inside the tummy were simply delicious. I just munched away on that skin and deboned those ribs. Imagine that combination of crunch from the skin, succulent meat stuck to the bone and a side dipping sauce of spicy vinegar.

Maricris also took us to Pasil market where we sat in a tiny carinderia and had fish soup made with porcupine fish or taguntungan, and made into a soup dish called larang.

It was a sinigang-like fish soup made with yellow beans, onions, tomatoes and ginger, and lots of salt and MSG! It went well with rice.

At P70 per bowl, it was a favorite breakfast dish of those coming from the market very early in the morning.

At Sunburst Fried Chicken, I must make some remarks about its chicken ass. Coated with crispy breading, it’s a dish everyone would forever dream about!

I also had a history/cooking demo given by food historian and restaurateur Joel Biramina of Zubuchon on the origins of kinilaw. He makes a mean kinilaw and serves an unusual yet fantastic ducat juice.

My Cebu trip would not be complete without a visit to Tymad French Bistro. Here, I had my usual chocolate croissants, crepes or galette, couignaman and tarragon chicken with white cream sauce. The chicken was accompanied by mashed potatoes.