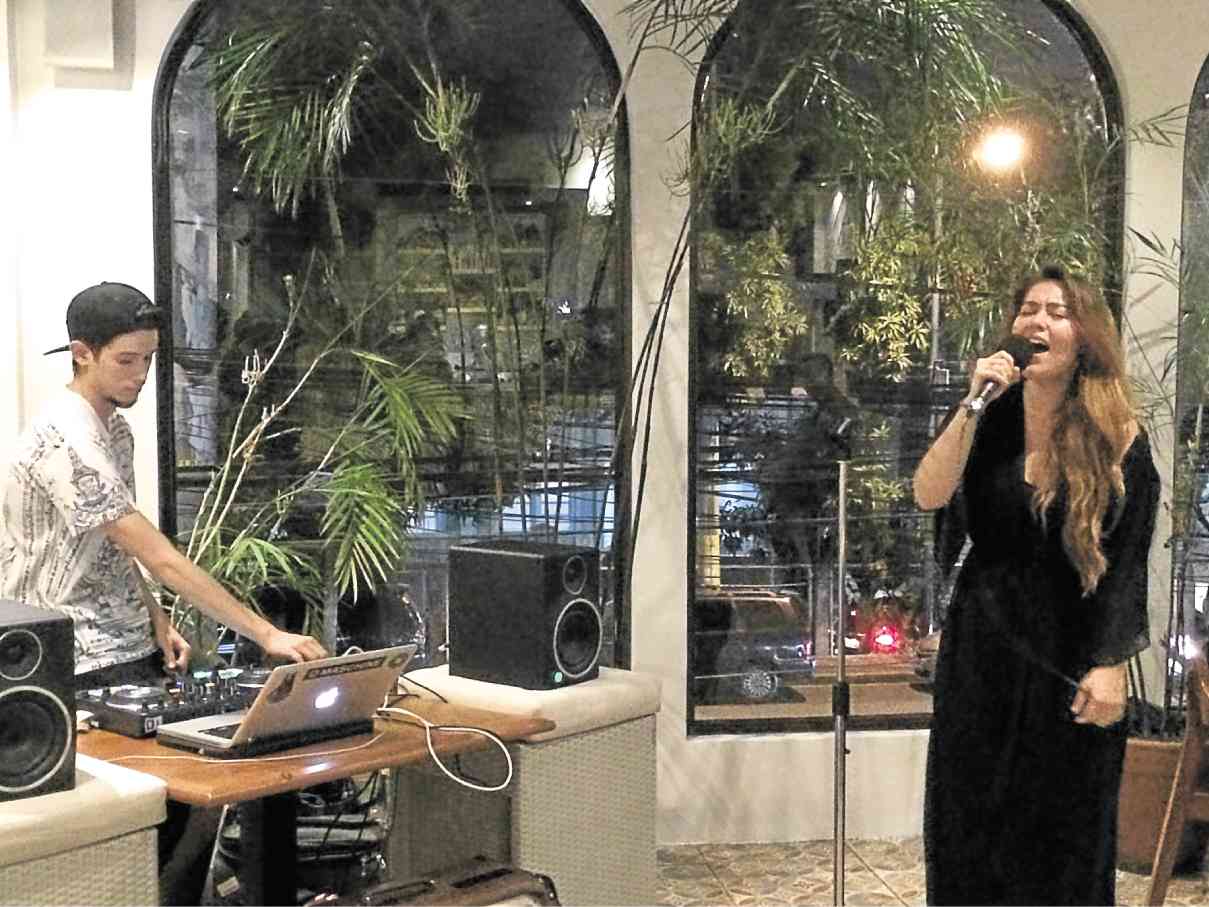 Chillin’ out to Savannah Lumen’s music

There’s a cool wind blowing in Makati, and inside Fig Oyster Bar, the vibe is chill as Savannah Lumen croons a number of moody tunes.

Savannah—a freelance photographer, visual artist and now singer—happens to be the daughter of former radio station owner-turned-concert promoter Francis Lumen, who beams with pride, looking content sitting in the background.

Savannah, 29, was born in Guam, moved to the Philippines at age 3, and grew up shuttling between Manila and California. She’s been staying in Manila for a year now, intent on pursuing music as a career.

Last March she and Steve performed in the Malasimbo Music and Arts Festival. Apparently impressed with the abundance of local talent, Savannah says, “It’s an awesome time to be here doing music.”

She has always wanted to be a singer. “I’ve been singing for as long as I can remember,” she notes, adding that her first few attempts to do gigs was at Merk’s Bar where she sang jazz and blues for two months.

“And then I started writing songs that sounded different from standards,” she points out.

She describes her own music as “hard to pin,” even as she enunciates that “it’s electronic, cinematic, down-tempo, neo-soul… I like to think it’s ‘future R&B.’”

And while she says her visual art is “abstract, very liberating, fun, therapy,” music for her is “something serious.”

The laid-back beats of her songs belie the emotional tone and hints of pain in her voice.

“It will be one big party,” says Boy George on what to expect when Culture Club performs on June 17 and 18 at Smart Araneta Coliseum.

The concert’s promoter tells Inquirer Lifestyle that Filipino fans who would come in full-on Boy George attire might just get to dance with the resurgent superstar on stage.

Culture Club is doing its first full tour in over 12 years, spanning 40 cities across the United States, Canada, Mexico, Australia and Asia.

Famous worldwide for such classic pop hits as “Karma Chameleon,” “Do You Really Want to Hurt Me” and “Miss Me Blind,” among others, Culture Club is hitting the road with original members Mikey Craig (bass), Roy Hay (guitar, keyboards), Jon Moss (drums, percussion), and George as its flamboyant lead singer.

Though it’s a given that Manila’s LGBT community will comprise most of the audience at the Big Dome, George himself says that Culture Club’s fans have become varied. “When people would ask, ‘Who’s your audience?’ I’m like, ‘Everyone.’ It literally can be young kids, to very old ladies, you know, moms,” he said. “It used to be a lot of girls back in the day, and now we seem to get a lot more guys.”

As the first multiracial band with an openly gay front man, Culture Club has also been the first band since The Beatles to have three Top 10 hits in America from a debut album.

In the ’80s, the band dominated the charts in over a dozen countries, with more than 50 million albums sold to date.

In 2014, Culture Club reunited to make new music and has been in the studio to record a new album, “Tribes,” set for release later this year.

A nice place to unwind, before or after the Culture Club concert, is Gourmet Bar at Novotel, right beside the Coliseum.

The wine was so fine that we ordered an extra bottle, and the pizza good enough to wipe out because it’s not too heavy on the tummy.