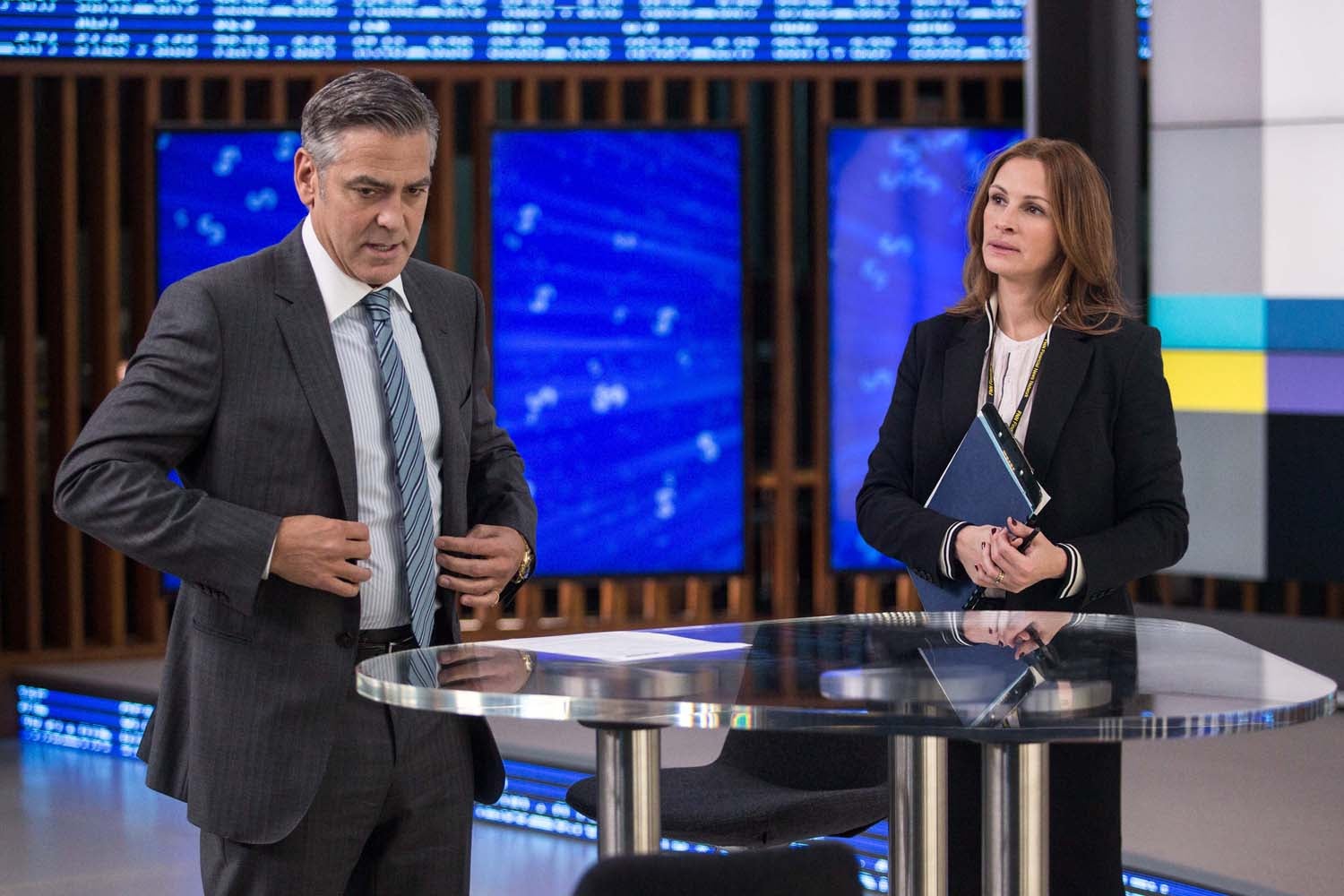 IN THE high-stakes thriller “Money Monster,” financial TV host Lee Gates (George Clooney) and his producer Patty Fenn (Julia Roberts) are put in an extreme situation when Kyle Budwell (Jack O’Connell), a grief-stricken investor who has lost everything, forcefully takes over the studio.

During a tense standoff broadcast to millions on live TV, Lee and Patty must work furiously against the clock to unravel the mystery behind a conspiracy at the heart of today’s fast-paced, high-tech global markets.

Directed by Oscar winner Jodie Foster, “Money Monster” is written by Alan Di Fiore, Jim Kouf and Jamie Linden. The screenplay was featured in the 2014 Blacklist, an online list of the “most liked” unmade scripts of the year.

“I love this movie because it has two things that sometimes people think are opposites,” says Foster. “One is that it’s a mainstream thriller that’s exciting, fast-paced, smart, and yet, still has a real accessibility. The flip side, which is the most important reason to go to the movies, is that you’re moved by a real story. It’s incredibly relevant.”

“To me, the most exciting part of the story, in addition to the cops, helicopters, guns, bombs and fast-paced excitement,” Foster continues, “is how this man, Lee Gates, played by George Clooney, starts off one way—a shallow, smug, empty guy, who’s successful at his work but a failure in everyone’s eyes, including his own—but has a terrible moment that forces him, with Julia’s help, to rise to the occasion, find his humanity, grow up, evolve and change.”

Clooney stars as Lee Gates, a celebrated stock picker and famed host of a financial television show, who darts and dances around his set, shouting investment advice and punctuating market talk with silly props and sound effects.

“The world of money has gotten out of control,” Clooney says. “When things go wrong, you don’t actually understand what it is that went wrong—and the regular guy gets screwed.”

Clooney adds that all of that showmanship is hiding a deep-seated contempt for the show’s own audience.

“There’s a cynicism that reeks through these shows,” says Clooney. “You watch these guys behind their desks, telling you where to put your money—and when you do and you lose it, they go, ‘Well, that’s what happens.’”

“Money Monster” opens nationwide on May 25.