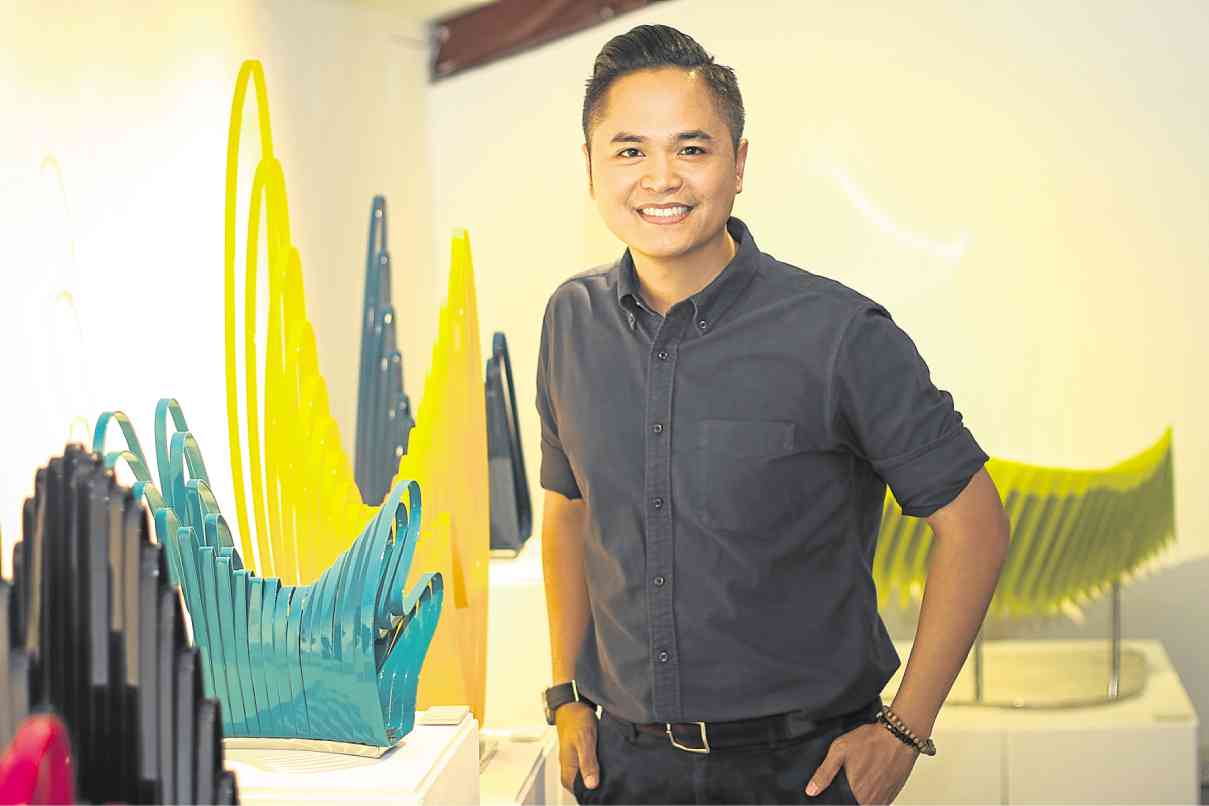 Even architects go for art for art’s sake. And art that’s close to his progressive design vision without consideration of immediate monetary benefits or client’s commission or requirements is what Jason Buensalido recently showcased in his  exhibit, “Confluences,” at the Vinyl on Vinyl art gallery.

The architect is at the helm of Buensalido+Architects, an architectural, interior and urban design firm. “The architecture that we do is progressive and innovative, especially in the context of the Philippines,” he said. “The problem is that the market profile in the country is almost the opposite of what we do. Especially when it comes to architecture.”

Although he said he found a good number of his projects satisfying, he admitted to his own share of frustration. He said he had found consolidation in art.

“They [artists and gallery owners] respond to my ideas, and even build on them,” Buensalido explained. “Suddenly, I can have conversations where people say ‘Really? Why don’t we do this?’ and not, ‘Well, that’s really too difficult.’”

His attachment to the arts may be historically determined. Buensalido studied at University of Santo Tomas (UST) during the transition when the fine arts and architecture programs were separated into two schools. Previously the two programs had been housed under one school known to UST old-timers as Cafa or College of Architecture and Fine Arts.

As a result, artists and art professors were teaching in the Architecture program and architecture and design practitioners and teachers, in the Fine Arts program.

In fact, National Artist for the Visual Arts Victorio Edades was a licensed architect who established the Fine Arts program of UST. Meanwhile, Roberto Chabet, the father of Philippine conceptual art, was a UST Architecture graduate. Ditto with sculptor Ramon Orlina.

Buensalido said the exhibit should signal his transition from an art admirer and collector into an artist.  “Confluences” is a collection of sculptures that represents the phenomenon of living in a series of moments that are interconnected with one another.

The featured pieces, five small ones and a huge statement piece, describe and critique different moments in one’s life—and are quite wittily titled, from “Sometimes You’re Up, Sometimes You’re Down” to “What Makes the Heart Grow Fonder.” In its entirety, the exhibit is a commentary on realizing the interconnectedness of things.

As Buensalido explained, “When we look at it microscopically, because you’re so close to the moment, you don’t know which of the previous moments have had an influence on this one, or which moments in the future are influenced by the current one.”

“Zooming out and seeing these moments from a macro-view allows us to understand how they all flow together,” he added.

The pieces, all made from steel, his chosen medium, are designed to look like a series of strips or surfaces that flow into each other to form a whole. Looking at one strip won’t make much sense, but as several strips making a whole it will, he explained.
The artwork will also look different depending on how and where you look at them, he added. A piece can look very solid from one view, and porous in another.

Buensalido has chosen sculpture. After all, it and architecture are all about design, and the difference is only in the matter of scale.

His art and preference for steel may clue one in on some of his influences—among them, Richard Serra, whose sculptures are scaled almost like architecture, Indian sculptor Anish Kapoor, National Artist Arturo Luz and Daniel de la Cruz.