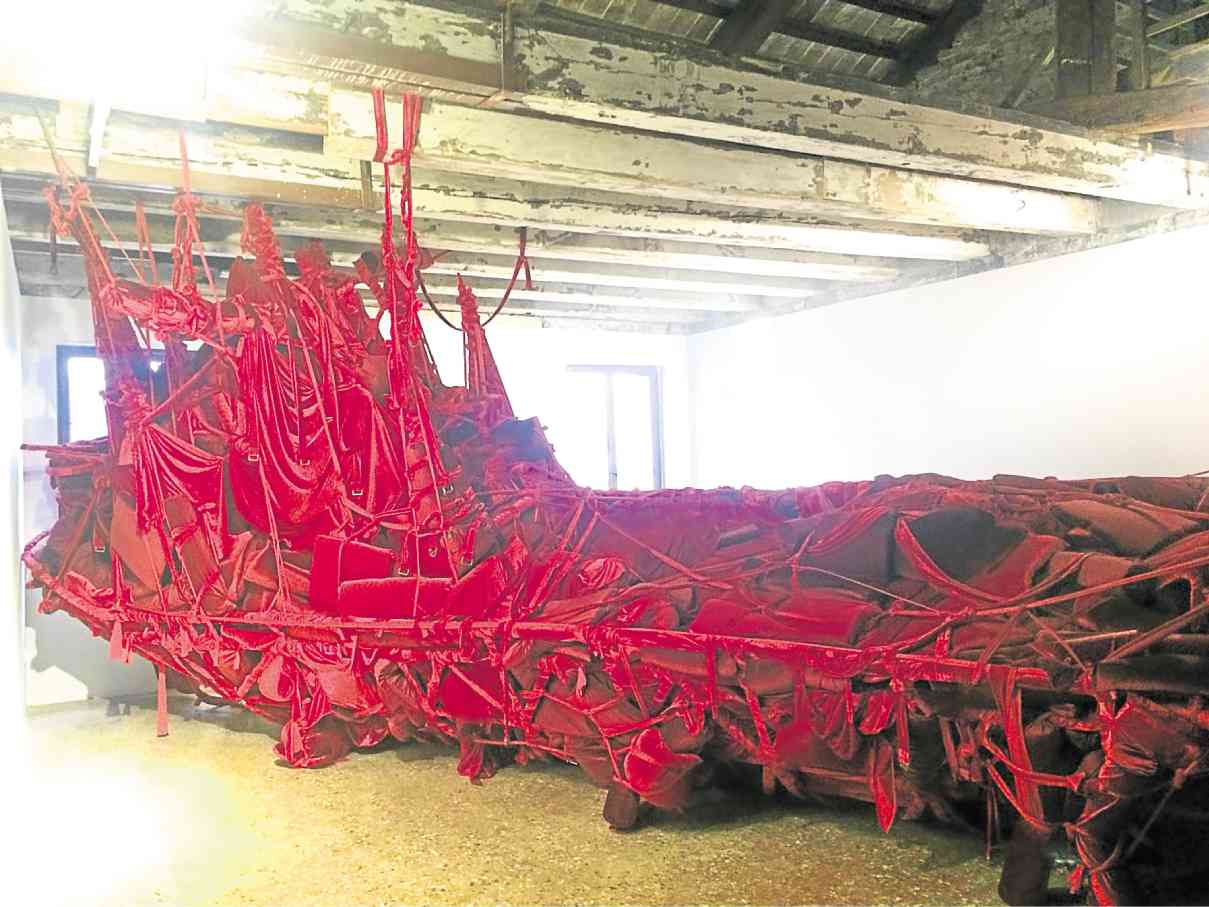 PH makes its debut at the Venice Architecture Biennale

The National Commission for Culture and the Arts (NCCA), the Department of Foreign Affairs and the Office of Sen. Loren Legarda are making good on their promise that the country’s historic and triumphant return to the 2015 Venice Art Biennale was no “one-shot deal.”

On May 28, the Philippines unveils its pavilion in its first-ever participation in the 2016 Venice International Architecture Biennale; and the three agencies have just announced the open call for the curatorial proposals for the 2017 Venice Art Biennale.

The country’s return to next year’s Venice Art Biennale will also be a milestone, as the organizers of the landmark global art exhibition has granted the Philippines’ request to have its pavilion at  Arsenale, one of the two major exhibition spaces housing the national pavilions of other countries. Last year’s Philippine pavilion was at a satellite venue called Palazzo Mora.

“When the Philippines reentered the Venice Biennale in 2015 after 51 years of absence, we were housed in the beautiful Palazzo Mora,” Legarda said in a statement. “But we deserve a venue where we can directly converse with other pavilions, and where our artists and curators can freely exchange ideas with other countries.”

The government entities spearheaded by Legarda have been bullish in reestablishing the country’s presence in the contemporary art scene at the La Biennale di Venezia, after a 51-year hiatus: its last participation was in 1964, in an exhibit that featured two National Artists, José Joya and Napoleon Abueva.

“The vision is for the Philippines to participate in Venice Biennale consistently,” Legarda said. “As we promote our contemporary art through this platform, this could lead to invites to other art expositions.”

In November, Legarda and NCCA chair Felipe de Leon headed a jury that chose the country’s first participant to the Venice International Architecture Biennale. With foremost architects from South Korea, Singapore and the Philippines, the panel chose the curatorial proposal of architect Edgardo Ledesma Jr. of Leandro V. Locsin Partners, from among 13 submissions.

On May 28, Ledesma, with volunteer architects and artists, will reveal the curatorial work titled “Muhon: Place Markers in the Search for Emerging Identity,” also at Palazzo Mora in Venice.

“Muhon,” a Filipino word for landmark or boundary stone, “seeks to start a discussion on built environment and its relation to cultural identity, using the dense capital Metro Manila as its subject,” according to a press statement. “It aims to explore the architect’s role in building or demolishing built heritage and its implications in ‘an adolescent city in flux.’”

Six architects and three artists were invited to present their ideas for the exhibit, said Leandro Y. Locsin Jr., principal at Leandro V. Locsin Partners. The participants are not just from the Locsin firm, but also from their friends and competitors in the industry, “because this isn’t an ego thing,” said Locsin. “This shouldn’t be a Locsin show; this should be about the Philippines.”

The exhibit will be about the cultural markers of heritage and memory, said Locsin. Ledesma and company short-listed decades-old buildings in Metro Manila, from which nine were chosen as case studies to assess their potential for architectural heritage.

“There’s a need for ideas like this to be out there, particular to our region, since all our architecture are in danger of being demolished,” said architect Ed Calma, who’s part of the Venice group.

Locsin promised a “very interesting show,” however short the time they had to prepare for it. It will be on display until Nov. 27.

At the finissage or closing ceremony in November, the Filipino community in Italy came in full force, providing entertainment and serving Filipino fare to the guests. Youngsters, some of whom were born and raised in Italy, worked as volunteers. The project, said its organizers, was dedicated to these young Filipino-Italians who were searching for a link to their native Philippines.

Philippine Ambassador to Italy Domingo Nolasco said the country’s presence at the Biennale was a huge boost to the morale of the Filipinos working and living in Italy, as it showed how Filipinos are not only good workers, but are also fine artists.

Ruiz’s work, a metaphorical representation of the BRP Sierra Madre, the dilapidated ship of the Philippine Navy anchored in the contested waters of the West Philippine Sea, will be reconstructed and exhibited later this year at the UP Vargas Museum.

The search for curatorial proposals for the 2017 Venice Art Biennale is ongoing, and open to all Filipino artists residing in the Philippines or abroad. (Details can be found at www.philartvenicebiennale.com, or e-mail [email protected]). Deadline for submission is on July 21.