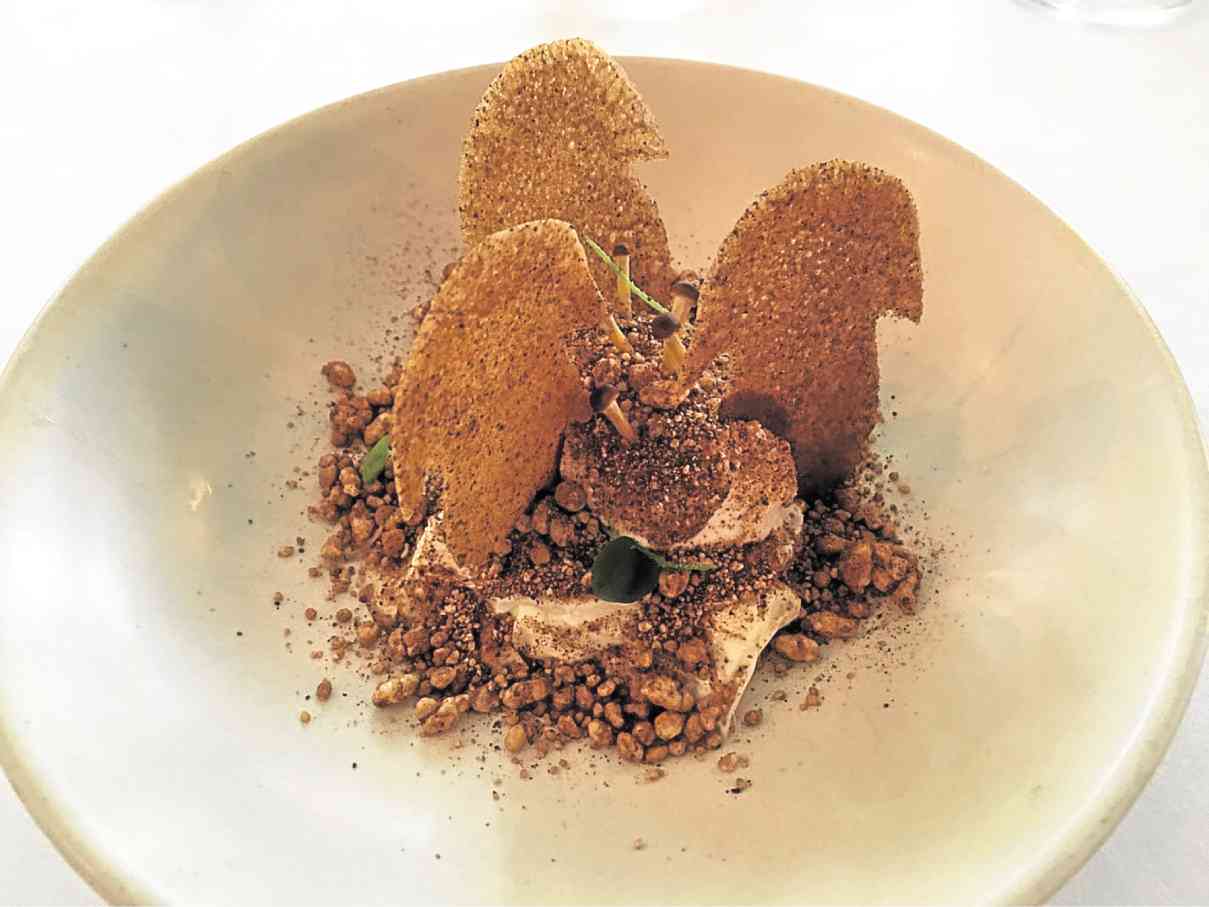 The latest foreign chef to descend on Gallery Vask and collaborate with its resident chef, Chele Gonzalez, was Andre Chiang of Restaurant André, third on the list of Asia’s 50 Best and 46th on the list of the World’s 50 Best—one place up, deservedly, from Alain Ducasse’s overwrought restaurant at the Plaza Athénée in Paris.

The two dinner collaborations were quickly sold out, even with the set menu priced at P11,000 per head.

He was in Manila for, among other things, the launch of his new book “Octaphilosophy,” from the prestigious art publisher Phaidon, who has moved into the high-end food book market, not without some raised eyebrows. The more conservative felt that the venerable British brand (now American, since its purchase by Apollo Global in 2012) was cashing in on the very lucrative cookbook market, and that the marque should remain only associated with high art and architecture.

But the food titles that Phaidon has chosen to publish since it entered the market in the 2008 have been resolutely upmarket and well-written; and for writers of gastronomy it marked a welcome sign that food was taking its place among the more established arts.

I attended the lunch and “cooking demonstration” at the invitation of Town and Country Philippines (so the usual disclaimer: I ate at the expense of the magazine and the restaurant). We spent about 20 minutes gathered around the pass counter where he walked us through how he assembled his dishes and a bit of the thinking that went into them.

I put “cooking demonstration” in inverted commas because a demonstration implies that we might do this ourselves at some point, but we just sat with our mouths open as he put together a squid pasta: i.e., a pasta made from squid, not a pasta with squid; Brittany lobster with buttermilk; and an incredibly complicated dessert with sheep curd, draped with milk skin (milk has skin?) and sprinkled with a crumble made from mushrooms and rice.

The term “Octaphilosophy” (not octophilosophy, as I’ve seen it spelled—that is the philosophy of octopuses) is also the title of his book, and is what he uses to describe his approach to cooking. It is also, of course, a genius marketing tool, because it shifts the discourse completely to his turf. Once you work through the eight aspects of his concept (pure, salt, artisan, south, texture, unique, memory, terroir) you are completely in his world and see the food as an expression of purity, or memory, or whichever “aspect” the dish is categorized as.

It cleverly avoid him being pigeonholed as yet another “French techniques, Asian ingredients” chef, or “molecular gastronomy meets Chinese cooking,” neither of which applies to him.

Andre Chiang is, primarily, a French chef operating in the grand tradition of his mentors the Pourcel twins (whose restaurant, Les Jardin des Sens, still had three Michelin stars when he joined them as a stagiare; it has since been demoted and was eventually closed in March of this year), Troisgros, Joël Robuchon and Pierre Gagnaire.

It is Gagnaire’s cooking which most informs Chiang’s, although they are dissimilar at the surface: They share the same seriousness and sense of purpose coupled with a willingness to innovate. Although his recipes use xanthan gum and require a dehydrator, this is not molecular cuisine, nor is his cooking in the same vein as that of the restaurants clustered around San Sebastian in Spain. This is the French culinary tradition passed on into the hands of a Taiwanese-born chef now working in Singapore.

The lunch opened with one of the most delicious things I’ve had, cured abalone with abalone liver on a kombu wafer: an “umami bomb,” as one of my chef friends likes to describe it, that chefs like to serve at the beginning of a degustation to wake up the taste buds. The julienned squid pasta was perfectly cooked, at the point when it stops being chewy because it’s raw and before it gets chewy because it’s overcooked.

The sheep curd dessert (though he points out that it was conceived as a pre-dessert rather than a dessert to move the palate from the savory to the sweet) was intense, intricate and complex, perhaps overly so at the expense of being delicious.

I caught up with a visibly exhausted Gonzalez, who told me that Chiang was so rigorous and exacting that it made even him nervous. The squid had been rejected and someone dispatched to the market to get a fresh batch.

Our lunch service ended at four in the afternoon, at which point they had already begun to prep for the dinner service, which had even more courses than we had had for lunch. Margarita Fores, who cooked for him at her Grace Park restaurant, admitted to having been incredibly nervous.

The culinary world is supposed to be a sphere in which food speaks for itself, but racial politics are as present here as they are in any profession. That an Asian chef is carrying the torch for French classical (with a Mediterranean touch) cuisine is one of the wonders of the new world we live in now; and that he is able to fuse it with so seamlessly with the cooking of a Spanish chef inspired to cook Filipino food is perhaps taking this to its ultimate, gastronomically satisfying, conclusion.

André Chiang’s “Octaphilosophy” is published by Phaidon press and is available at Fully Booked.