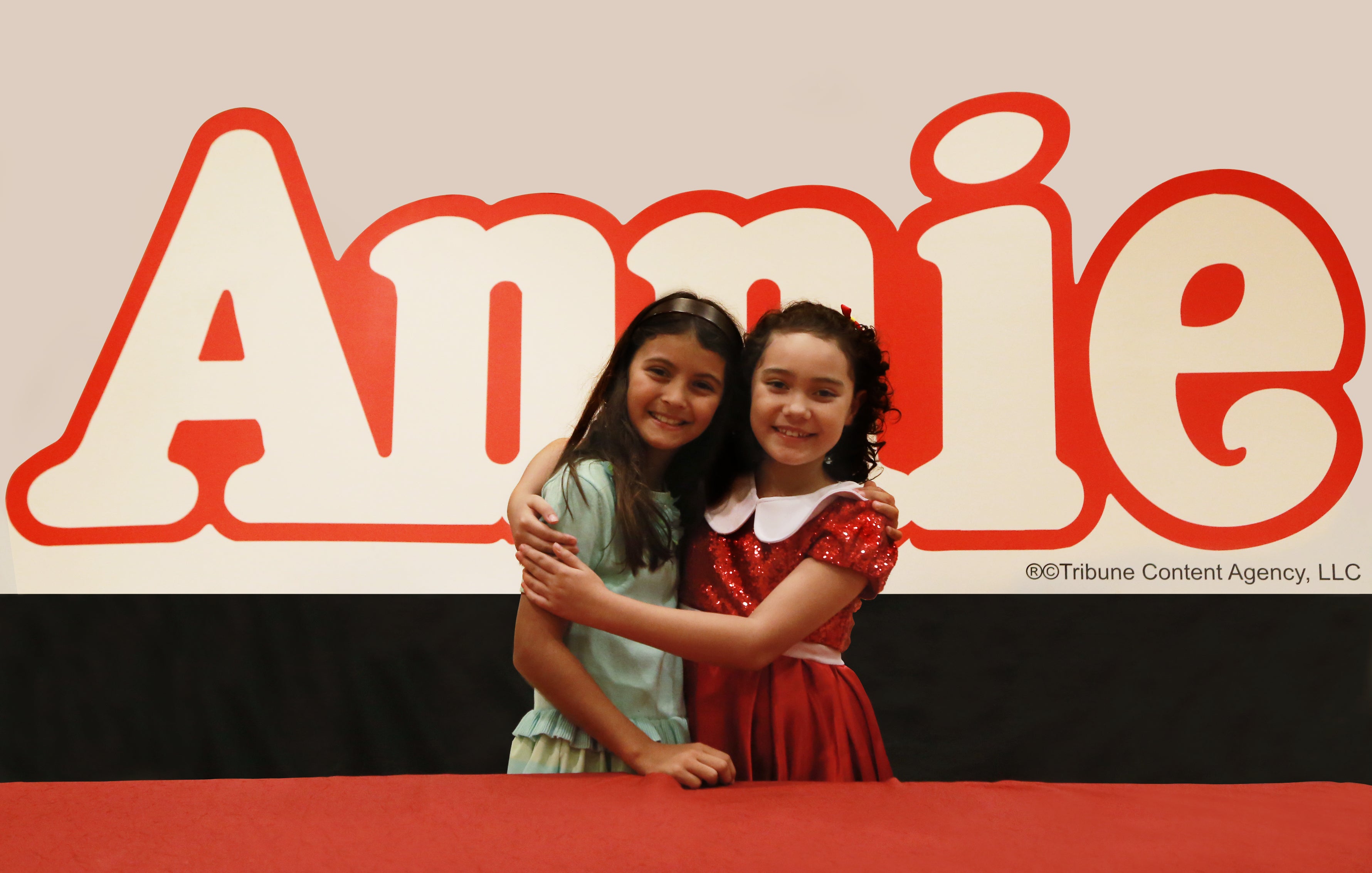 Annie of the two will do. Resorts World Manila through its production outfit Full House Theater Company introduces Isabeli Elizalde (left) and Krystal Brimner, who will both play the role of the spunky and optimistic orphan girl Annie from the famous Harold Gray comic strip. Annie is set to open this September at the Newport Performing Arts Theater in RWM.

After the live and online auditions, Resorts World Manila (RWM) proudly introduces two promising young talents who will be playing the lead role in its latest theater offering, Annie.

Nine-year-old Krystal Brimner, who recently won a Best Child Performer award in the 2015 Metro Manila filmfest for her role as Angel in Erik Matti’s “Honor Thy Father,” and 10-year-old Isabeli Elizalde who takes her first shot at professional acting were both cast for the coveted role.

“Annie is very positive, which is me. I like being positive always,” said the beaming Krystal who donned the Annie red dress for the occasion.

“Annie’s nice, she cares, and she’s careful,” she added.

Isabeli shared the same excitement when asked how she felt on landing the role. “I’m really happy that I’ve gone so far, and that I’ve made it this far, and that now, I am Annie—I am now part of the play,” she shared.

Krystal and Isabeli performed song excerpts from the musical including the classic “Tomorrow” which caught the attention of “Annie” director Michael Williams and Menchu Lauchengco-Yulo who will be playing the role of Miss Hannigan.

Both young ladies admitted being pressured at first during auditions where they bested hundreds of hopefuls but managed to be in their best form when they were asked to sing excerpts of the songs from the musical.

“When the auditions were over I said, “Finally, it’s done!” And then they told me that I was part of Annie, and I was super excited that I got the role,” shared Krystal.

Isabeli also shared her excitement during the audition process. “The auditions were fine. I actually liked performing in front of Tita Menchu and Tito Michael because I knew the songs and I got to sing them. I wasn’t so pressured,” she said.

RWM Chief Operations Manager for Entertainment Alou Almaden was equally ecstatic with the casting of the two fresh talents as she shared RWM’s efforts in making the musical’s production underway happen.

“We’re very excited about Annie. We had so many challenges before we actually got the rights for the musical from MTI New York. Rest assured, RWM is behind Full House Theater Company and Ultimate Entertainment throughout the musical’s run,” said Almaden.

“Annie” is set to open this September at the Newport Performing Arts Theater in Resorts World Manila. For more updates visit www.rwmanila.com.  TVJ