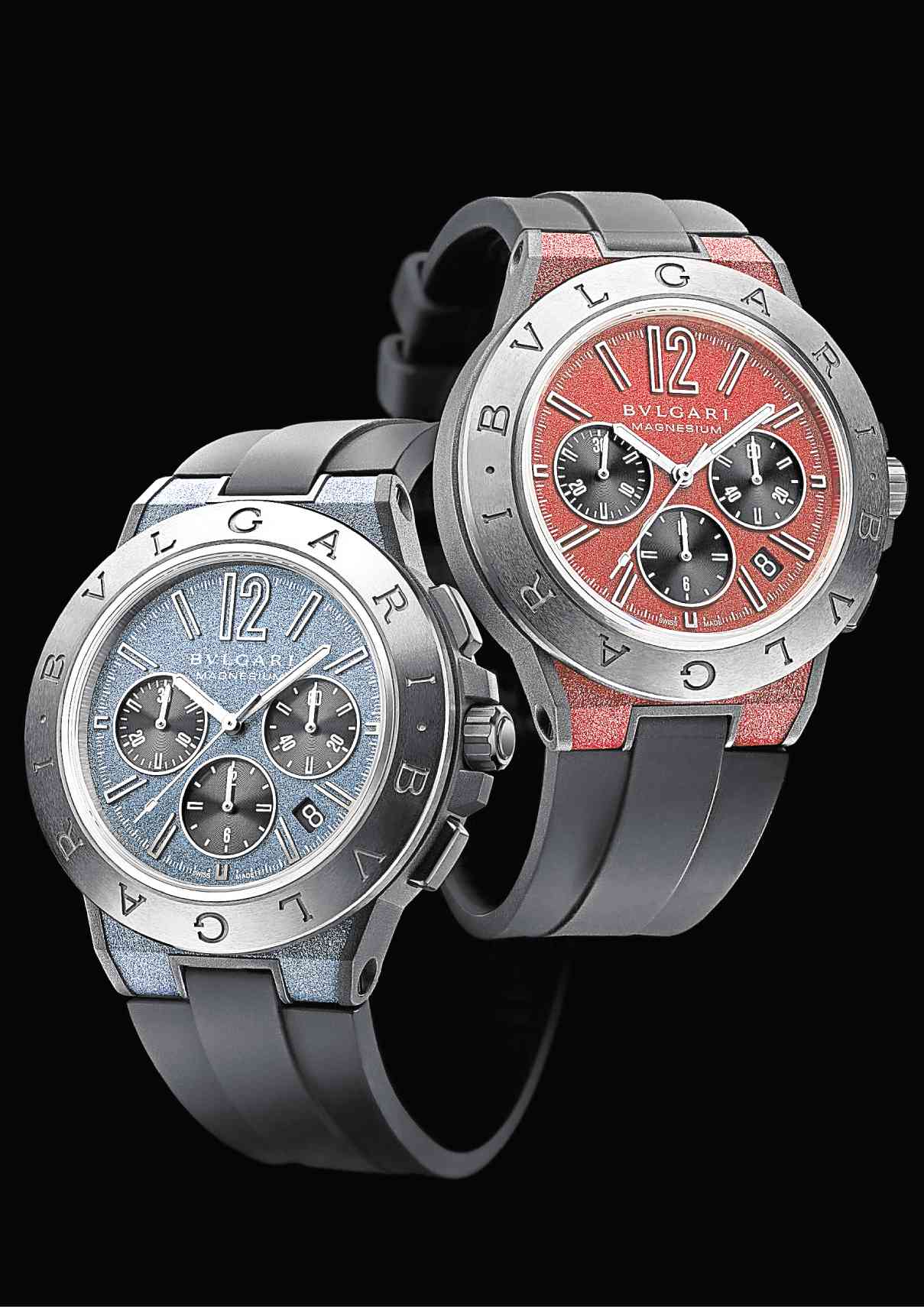 Diagono Magnesium: Why it’s like the finest Italian sports car

It took its special place last year on the sports watch scene, with its much-loved horological complication in the shape of a self-winding chronograph movement.

This watch is developed, structured and assembled in a way comparable to that of the finest modern Italian sports cars.

Diagono Magnesium—which combines magnesium, ceramic, Motorlac and PEEK—is water-resistant to 100 meters, with a  vulcanized rubber strap suited to the style and the contemporary strength of the 42 mm magnesium and PEEK watch.

It comes in black, red, blue and gray. The dials are lacquered in the corresponding color. The B130 caliber powering this model is a mechanical self-winding chronograph movement with a 42-hour power reserve. It is just 6.10 mm thick.

The design is bold but the watch is very light.

The watch draws from ancient history. Diagono comes from the ancient Greek word agôn—denoting competition and efficiency in compliance with the rules of sportsmanship, with inherent elegance.

The symbol of Myron’s Discobolus (Discus Thrower) sets the tone for Diagono watches. The Discus Thrower is the best-known work by Myron of Eleutherae, a Greek sculptor who worked exclusively in bronze in the region of Attica.

He became famous for inventiveness and boldness. The young Greek athlete is always depicted in full swing, at the very moment his perfect, sleekly muscular body is releasing the discus, revealing the play of forces between two opposite movements. Using outstanding technical and artistic skill, Myron eliminated the customary rigidity of classic sculptures.

The Discus Thrower is the balance of grace, strength, power and agility—the attributes in  Diagono Magnesium, a product of Swiss watchmaking precision and Italian creative design.

Bulgari Diagono was one of the first watches to use materials such as aluminium,  back in 1998. That caused a sensation on the international watchmaking scene and in the design world.

Celebrities took to it. Pop star Sting would never perform on stage without his Diagono on his wrist. An airliner regularly criss-crossed the globe flying the Bulgari colors and bearing the effigy of the Diagono watch.

Then came the age of titanium, bringing fresh boldness, a new wager and further success. The rubber strap was also an original touch.

In 2015, Diagono introduced a new technological dimension with the use of magnesium and the combination of three technical materials.

Well known for organic and chemical properties, magnesium is a metal with a silvery white sheen. It is very light, with exceptional mechanical characteristics. It boasts maximum durability for a minimum weight, so that it is used in cutting-edge technologies such as aviation, space research and Formula 1 racing.

PEEK (PolyEtherETherKetone) is an ultra-sturdy and light polymer used instead of metals in the design of aircraft and space shuttles. PEEK is distinguished by its exceptional solidity which enables it to withstand high-temperature, hostile environments.

Motorlac is an extremely high-quality protective lacquer used in motorsports. It both clothes and protects the competition-ready mechanics of the finest sports cars. It is capable of withstanding extreme temperatures or variations in the expansion of materials.