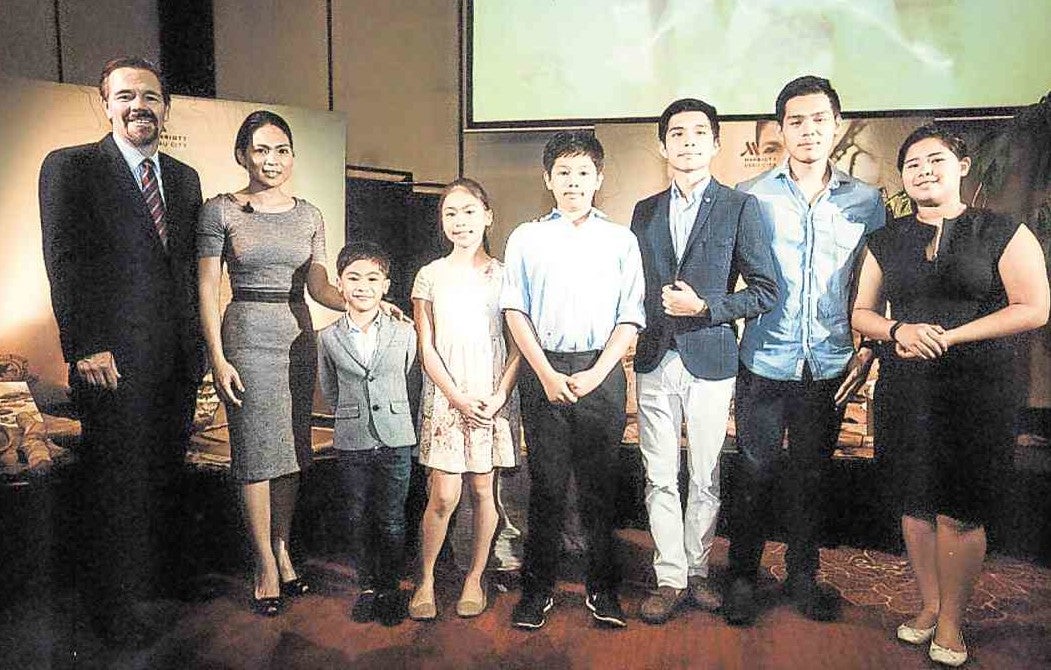 A couple of days before Mother’s Day the Cebu City Marriott Hotel presented “Live to Share,” an afternoon with Cebu’s Chocolate Queen, Raquel Choa, at the hotel’s Sampaguita ballroom.

It was filled up with an attentive crowd, mostly ladies come to learn more about the life of an enterprising young woman. They were all effusively welcomed by the hotel’s general manager, Patrick Carroll.

Raquel took the spotlight with her story, “My Affair With Chocolate,” recalling her childhood and all she learned about cocoa from her grandmother.

Life wasn’t easy. Raquel’s parents separated when she was 7. She and her siblings were brought up by their grandparents in the bucolic mountains of Balamban, a town in Cebu’s western seaboard. It was a simple life with it share of challenges.

They washed clothes in the river which they crossed daily on the way to and back from school. They also learned to make charcoal. At night they kept indoors for fear of the spirits, but more for the rebels that lived in the area and at times clashed with government troops.

With a kerosene lamp they prepared food which the next day they ate and brought to sell at school. Their grandmother Nanay Nila meanwhile recounted to them many folk stories.

Their favorite was about Maria Cacao, the queen of the cacao forest. She had a large raft which she filled with cacao beans and set sail on it down the widest river and on to the open sea.

The story of Maria Cacao inspired Nanay Nila’s grandchildren to plant cacao trees, and in due time harvest the beans to turn into “tablea” and eventually produce pure chocolate.

When she was 14, Raquel’s parents reconciled and brought their children from Balamban to Cebu City. Raquel kept busy with numerous household chores, and at the age of 16 married Alfred Choa. Now, Raquel is 40, and they have eight children; the eldest is 22, the youngest, 9.
Chocolate Chamber
They are all involved with cacao and the fine chocolate products they churn out. Their retail outlet, Chocolate Chamber, located in Cebu City’s Mabolo area, is quite a magnet for all those who love chocolate.

Raquel keeps abreast with the latest technology and has encouraged many farmers to plant cacao trees which easily grow in this climate and require relatively little care.

At the end of her story Raquel demonstrated how to make the “chocolate stetch.” She was ably assisted by her eight children —Michael, Michelle, Anthony, Jonathan, Hannah, AJ, Angela and JP.

They garnished the warm chocolate that was served to the guests. There were delicious things to eat, too, prepared by the hotel’s executive chef Chachpol Suaisom. Everything had been cooked with chocolate one way or another.

Patrick Carrol made a toast to Raquel and all the mothers of the world. This was a cue for waiters to pass around trays of red wine, and for those who specified it, chilled white wine. Most solicitous were the hotel’s marke-
ting communications manager Frances Alfafara and public relations officer Nico Velasquez.