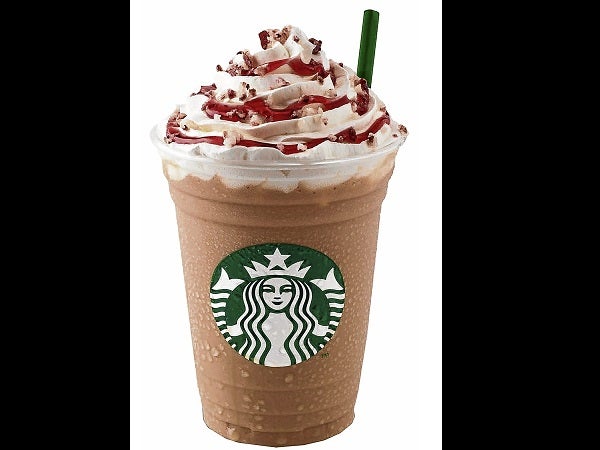 A tall cup of Christmas 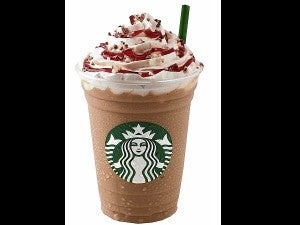 Once again, it’s that time of the year for monito-monita, simbang gabi, fruitcake—and holiday drinks. In fact, all major coffeeshops have just released their limited edition beverages for the yuletide season. There are many new flavors to try—from nutty to fruity, from minty to chocolate-y—but if you don’t wanna cash out a lot or if you’re concerned with your blood sugar levels, then our review of this year’s holiday drinks should be of help.

There is no doubt that Toffee Nut Latte and Peppermint Mocha are favorites of Starbucks fans since the two flavors are being offered this holiday season—again. It’s not hard to see why. The former is a simple blend of sweet toffee and strong coffee, while the latter is a more playful mixture of wake-me-up java and refreshing mint. The good thing is that, whether you like your drink hot, iced or in Frappuccino form, both variants are sure to deliver.

New this year is the Cranberry White Chocolate Mocha, which replaces Praline Mocha in 2010 and Dark Cherry Mocha in 2009. It really is just a white chocolate mocha drink, which is not bad, because it is strong and flavorful—but it becomes so much better, thanks to the cranberry syrup and the hard-to-identify ingredients that settle at the bottom of the cup. They seem to be like cranberry-flavored sugar crystals and chewy cranberry bits; whatever they are, they are tasty and fun to nibble on.

More exciting than Praline Mocha and easier to appreciate as opposed to Dark Cherry Mocha, this new holiday drink of Starbucks is so fresh and fascinating it would be no surprise if it becomes a bigger hit than the other holiday drinks—and makes a return next year.

Two years ago, Seattle’s Best Coffee (SBC) released their first holiday drink, Cookies and Mint. It proved to be a big hit, even the next year, so there’s no doubt why they’re doing a repeat this 2011. But for variety, the guys from SBC are now adding three more limited edition drinks: Chocolate Cherry, Coffee Hazelnut, and Coffee Cream Pie. Each variant also has a corresponding character/mascot (whose personality reflects that of the drink) that you will see on the stores’ windows, the baristas’ uniforms, and even on the cups later this month.

Available until Jan. 22, 2012, all four flavors can be enjoyed as hot mocha or Javakula (ice blended).  According to Eric Fontillas, SBC marketing officer, the bestsellers so far are Coffee Hazelnut among the hot drinks, and Cookies and Mint among the Javakula flavors. However, all variants are a must-try.

The hot Cookies and Mint has the right balance of coffee and mint flavors. The mint flavor isn’t overpowering to turn you off, and the minty aftertaste lasts for just a while. The cold version has a stronger mint flavor but it’s not that strong to make you think it’s more of a mint drink than it’s a coffee drink.

And then there is sophisticated Chocolate Cherry. The chocolate and cherry combination is not for everyone. Just like chocolate and orange, it is an acquired taste. The coffee flavor is stronger than the cherry one, which is good if your taste buds are not that adventurous. The Javakula version is easier to appreciate because the cherry flavor is stronger—it possibly can even be a hit with the kids.

Coffee Cream Pie is such a comfort drink. Whether hot or cold, it is something that you would want to treat yourself to during “me” time. Sprinkled with dark chocolate shavings, it has a strong coffee flavor with a hint of caramel and toffee, and it will make you feel sentimental and think of things like the fireplace, pine trees and skiing.

And then there is Coffee Hazelnut. Some may find it a little too sweet, but there is no denying that you will fall in love with this drink at first sip. It’s not just a coffee drink; it’s a special beverage with toffee and even peanut butter flavors. Enjoyable as a hot mocha or a Javakula, this variant is something you can have any time and any place, something that you will definitely go back for.

The Coffee Bean & Tea Leaf (CBTL) believes that a drink doesn’t have to be minty just to be considered perfect for the holiday season. In fact, according to CBTL Marketing Officer Alexi Bautista, the company really wanted to veer away from anything minty for their holiday drink flavors. Take, for example, their holiday drinks last year: Apple Caramel Ice Blended and Apple Pie Tea Latte.

This year is no different, with the Red Velvet Ice Blended drink and the Red Velvet Hot Cocoa. The two drinks have been available abroad, but it’s the first time Filipinos are getting to taste these beverages, which are inspired by the red velvet cupcake.

Although it’s hard to describe the actual taste at first, some more sips and you’ll realize that apart from being delicious, both drinks do taste like the real thing. There is a subtle chocolate flavor, a creamy sweetness, and even a slightly salty taste that reminds one of cream cheese.

The good news is that you can make your own hot cocoa version at home. CBTL sells their Deluxe Red Velvet Powder in a set that comes with a mug and a whisk, for only P599. They also have special holiday tea flavors (orange cranberry, sugar plum, winter dream tea, citrus chamomile, blueberry peach, and Scottish breakfast) that you can purchase, since they don’t serve them in the coffee shop.

This festive season, Gloria Jean’s goes for the tried and tested by offering the Minty White Mocha, a hot coffee drink with white cocoa powder, milk, and mint. Able to come up with the right balance of coffee and chocolate, the beverage is also commendable for having just the right amount of mint flavor.

More interesting-sounding is their Strawberry Macaroon Chiller, a dessert drink that has macaroon syrup, strawberry puree, milk, and whipped cream. However, it doesn’t taste as interesting as it sounds. There is no hint of the macaroon syrup, making the drink taste just like Starbucks’ Strawberries ‘n Cream Frappuccino. It is a very sweet drink, actually, so this one is for those who really like their drinks as a dessert.

The good thing is that the Strawberry Macaroon Chiller was flavorful down to the very last sip, unlike other ice blended drinks that tend to lose flavor towards the last few sips.