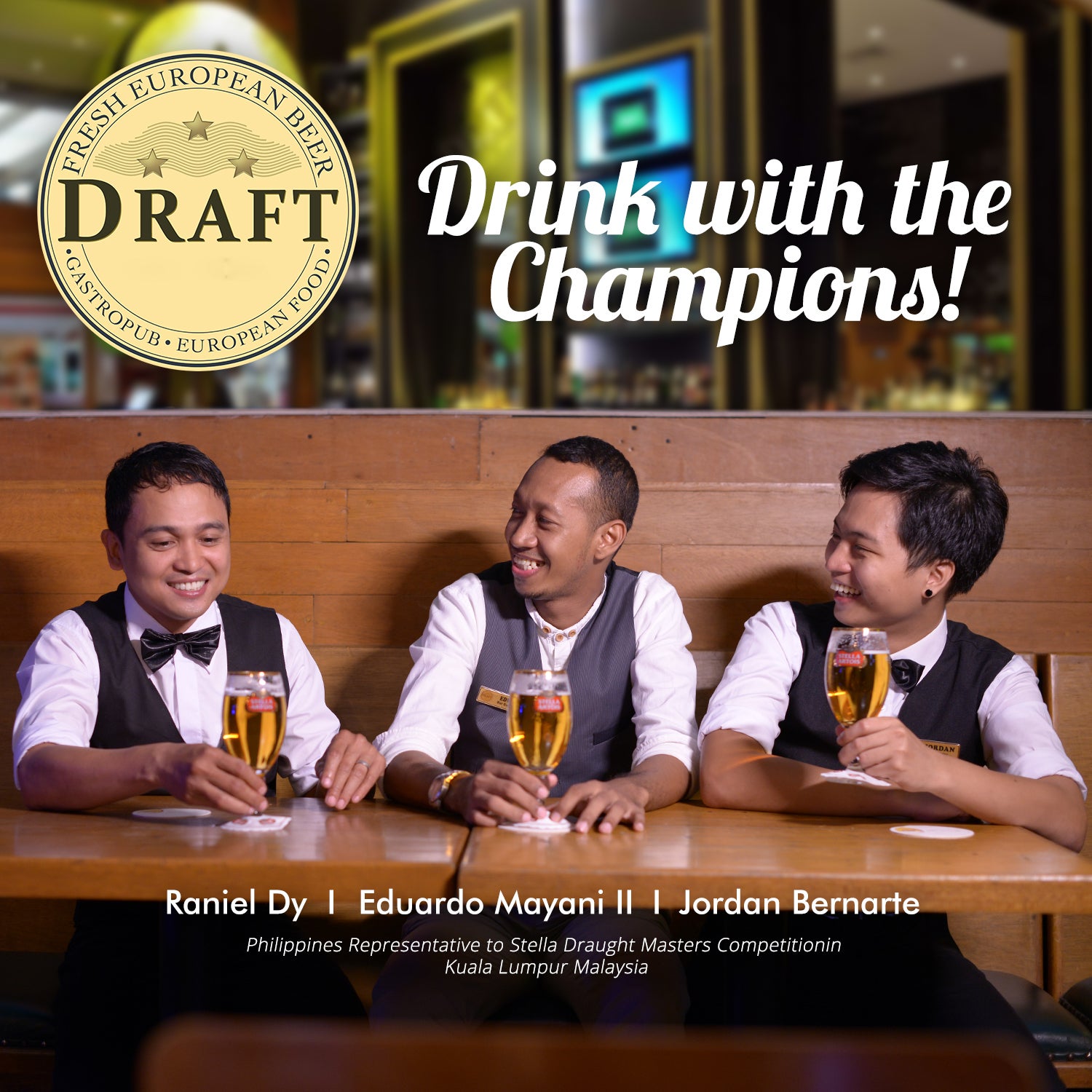 The first Filipinos to compete against other Asian bartenders at the much-awaited 2016 Stella Artois Draught Masters Asia Competition.

Bartenders Raniel Dy, Jordan Bernarte, and Edward Mayani of Draft Gastropub will be the first Filipinos to compete against other Asian bartenders at the much-awaited 2016 Stella Artois Draught Masters Asia Competition in Kuala Lumpur, Malaysia on June 5-9, 2016.

The 9-step ritual includes The Purification, The Sacrifice, The Liquid Alchemy, The Head, The Removal, The Beheading, The Judgment, The Cleansing and The Bestowal.

“I feel lucky to be part of Team Philippines to compete at the Asian Draught Masters,” Jordan Bernarte, a bartender of Draft Greenbelt enthused.

Raniel Dy, bar supervisor of Draft BGC, agreed. “There are a lot of ways you can find art. In our profession, this is our own art, and learning this skill and being able to compete using it makes me a step ahead of other bartenders.”

Like Dy and Bernarte, Edward Mayani, bar supervisor of Draft Alabang, is overjoyed to be chosen to represent the country in its first ever attempt in the Draught Masters competition. “Among the 8 bartenders who joined the inter-store competition, only the top three will be given the slot. I am glad I made it,” he said.

Stella Artois has produced Draught Masters extraordinaire who have flawlessly performed this Belgian beer’s pouring ritual with speed and precision under bright lights and before the watchful eyes of knowledgeable judges.

The winner from the Asia Pacific Region will compete at the World Championship. ADVT.