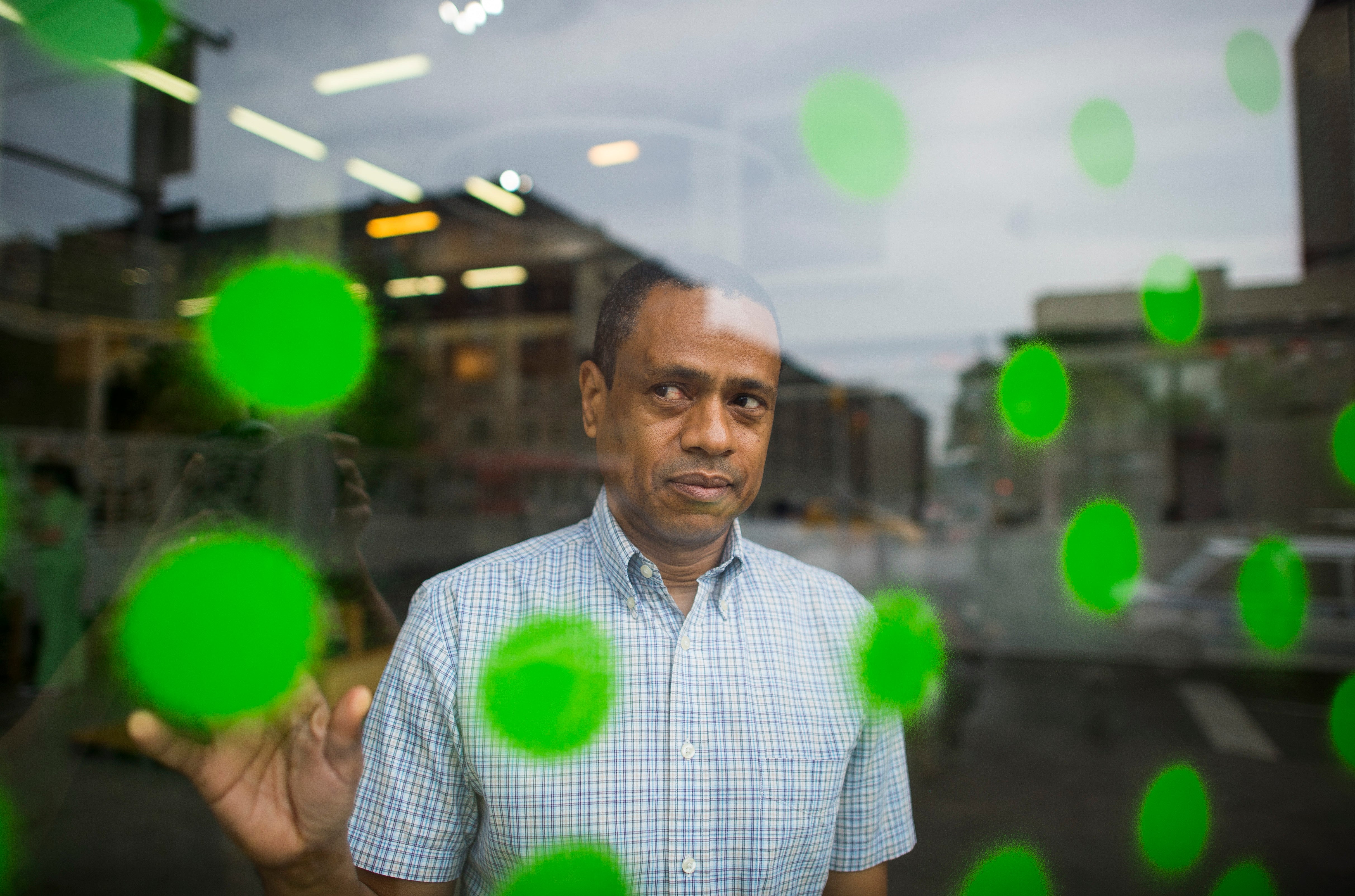 Dr. Juan Tapia-Mendoza, of Pediatrics 2000 in New York, May 24, 2016. “Our concern is this is just the tip of the iceberg,” Tapia-Mendoza said of the growing number of Zika virus cases in New York City. As the annual wave of summer travel between New York and the Caribbean begins, doctors are warning pregnant women to avoid regions affected by the virus and to use condoms or to forgo sex if their partner has visited those areas. (Joshua Bright/The New York Times)

NEW YORK — At a clinic in Harlem where many of the patients have roots in the Dominican Republic, Dr. Juan Tapia-Mendoza talks to patients about the Zika virus every day. He asks if they are planning to visit the island this summer. He reminds them that the virus can be transmitted through sex.

In New York City, there have been 109 reported cases of Zika, including 17 women who were pregnant when they learned they had the virus, according to city health officials. They all contracted the virus while visiting other countries.

Now, as the annual wave of summer travel between New York and the Caribbean begins, Tapia-Mendoza is worried that the number of cases in the community will rise.

“Our concern is this is just the tip of the iceberg,” he said of the city’s growing number of cases.

While the symptoms of Zika, including fever, rash and joint pain, are relatively mild, the disease is of particular concern for pregnant women because of a link to microcephaly, a condition in which infants are born with unusually small heads and, most often, brain damage.

On the city’s subways, bright yellow posters with images of mosquitoes urge New Yorkers — in English and Spanish — to use repellent this summer and to remove standing water at home.

The mosquito known to transmit the virus, the Aedes aegypti, is typically found in Southern states like Texas and Florida, and not in New York. But state and city officials are working to combat another type of mosquito, the Aedes albopictus, that is found in New York and might be capable of passing on the virus.

“We’re optimistic that we won’t see Zika transmission in New York City,” the city’s health commissioner, Dr. Mary T. Bassett, said in an interview, “but we have the potential for it, so we are taking very seriously the potential risk and seeking to reduce it.”

The bigger danger for New Yorkers, for the moment, is travel to an area affected by Zika, by either a woman who is pregnant or a sexual partner.

Doctors are urging pregnant women to avoid traveling to regions affected by the virus and to use condoms or to forgo sex if their partner has visited those areas. Television ads warn travelers of the risks.

New York State’s health commissioner, Dr. Howard A. Zucker, said the number of sexually transmitted cases was small, but it was best to err on the side of caution.

“If the partner has traveled to one of those regions, then using condoms to protect the mother is important,” Zucker said.

In New York City, health officials are urging doctors in Spanish-speaking communities where immigrants live to talk to people about the virus and to test those who have symptoms. At the Pediatrics 2000 clinic in Harlem, Tapia-Mendoza said many patients did not seem worried about traveling to the Caribbean and were more concerned about getting dengue fever.

“When I tell them about Zika, and especially that it is sexually transmitted, I feel like a lot of my patients brush it off,” Tapia-Mendoza said.

One recent morning, Obed Ledezma, 19, arrived at the clinic at 135th Street and Broadway for an appointment. When he told Tapia-Mendoza that he was considering visiting the Dominican Republic this summer, the doctor explained the risks of the Zika virus.

Ledezma said he did not realize that men could be infected or that the virus could be transmitted sexually.

“I thought it was only pregnant women. I feel like they’re not specific enough,” he said of news reports on the virus.

In the waiting room, Liannett Rodriguez, a 14-year-old high school freshman, said she was concerned about getting the virus when she visits the Dominican Republic in June, but that her family was not canceling the trip.

“I’m going to try my best to put repellent on,” she said, because she would not want to be sick during her visit.

At the Community League Health Center, in the Washington Heights section of Manhattan, patients were not abandoning their Caribbean plans either. Lissa Southerland, a regional director at the Community Healthcare Network, which runs the health center, said the trip was not simply a vacation — people were going to see family or to care for relatives.

“We haven’t heard a ton of patients saying, ‘No, I’m not going to go because of this,’ ” she said.

American tested positive for Zika virus while in PH—DOH