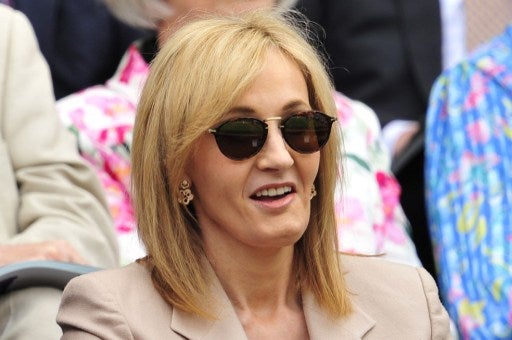 LONDON — J.K. Rowling always said that the seventh Harry Potter book, “Harry Potter and the Deathly Hallows,” would be the last in the series, and so far she has kept to her word. But though she’s written many new things in the intervening nine years, including four adult novels, she’s never been able to put Harry to rest or to leave him alone.

What’s an author to do when she once seemed to be done? Taking an approach that some fans love and others do not, Rowling has never made a secret of her continued immersion in Potter-world. Over the years, she has regularly interjected new elements into the old stories, sometimes through sudden Twitter pronouncements, sometimes by other means. (In 2007, for instance, she announced at an event at Carnegie Hall that Dumbledore, whose sexuality in the books was obscure, is in fact gay.)

She also regularly produces fresh ancillary material — new stories, new elaborations — on her Pottermore website, most recently a series of fictional essays about the history of magic in North America.

And now comes “Harry Potter and the Cursed Child,” a play in two full-length parts that begins previews in London on Tuesday, June 7, opens July 30 and is being advertised as the official “eighth story in the Harry Potter canon.” Set 19 years after the events of “Deathly Hallows,” the play imagines Harry as an overworked employee of the Ministry of Magic and focuses on his middle child, Albus Severus, and his struggle to come to terms with his family’s legacy.

No one who remembers the frenzy surrounding the publication of each of the Potter books would be surprised to learn there is now a frenzy surrounding this play and all the details around it, like the disclosure that a black actress, Noma Dumezweni, is portraying Hermione.

The news has been released slowly — Rowling is a master of controlled publicity — and on Tuesday cast photos of a grown-up Harry (Jamie Parker) and Ginny Potter (Poppy Miller), along with Albus (Sam Clemmett), were unveiled on the Pottermore website.

Performances, at least for the first of the two parts, are sold out through May 2017. Secondary-market tickets to the first preview are selling for as much as 4,000 pounds (nearly $5,800). And the play’s script — by Rowling, Jack Thorne and John Tiffany, who is also the director — is No. 1 on the Amazon best-seller list, despite the fact that it won’t be published until July 31, Harry Potter’s birthday.

If that wasn’t enough, next fall comes “Fantastic Beasts and Where to Find Them,” a movie that is both a spinoff and a kind of prequel. Written by Rowling (who did not write the screenplays for the eight Potter movies), the movie is very loosely based on her book of the same name. That volume was a fictional wizarding-school textbook; the film takes its supposed author, Newt Scamander, sends him back many years to when he was a young man, and transports him to America. The movie, starring Eddie Redmayne, is expected to be the first of a trilogy.

Clearly, Rowling has not wanted to put Harry Potter behind her. It’s an interesting dilemma for an author, particularly one who creates an elaborate world over many volumes: How do you stop? (Do you want to stop?)

Both Philip Pullman, author of the “Dark Materials” series, and Stephenie Meyer, author of the “Twilight” series, have spoken about further books to come, years after those stories were apparently put to rest. On the other extreme, Sir Arthur Conan Doyle grew so weary of Sherlock Holmes that he killed him off, only to resurrect him years later in response to widespread public unhappiness.

In an interview, Maggie Stiefvater, author of the wildly popular young-adult “Shiver” and “Raven” series, spoke of the temptation to revisit characters she thought she had finished with. The “Shiver” books were meant to be a trilogy, she explained, and she even put a note into the third one promising never to come back to the story. But then, while writing the “Raven” books, she changed her mind and published a fourth “Shiver” book.

“I had thought, No outs whatsoever, and then I looked like a total idiot,” she said.

Stephen King, who has written many series as well as stand-alone novels, said the same thing tends to happen to him. In 2012, eight years after completing his seven-volume “Dark Tower” series, for instance, he produced an eighth book, “The Wind Through the Keyhole,” whose action takes place between Books 4 and 5.

Characters with unfinished business inveigle themselves into his head, he said in a telephone interview. He’s currently toying with going back into his Bill Hodges trilogy though “End of Watch,” coming out next month, is meant to be the final installment. “There’s a character named Holly I keep thinking about,” he said.

Rowling gives interviews very rarely and declined to comment for this article. But King said he sympathized with her relationship to her material. “There are two things,” he said. “I think she likes the Harry Potter people, and it’s a little bit hard for her to let go. And she’s aware that there are millions and millions of people who loved those books. Writers feel responsibility to their readers, and some of that is a way of saying to the fans, ‘If you want a little more, I’ll give you a little more.’”

Details have been few and far between; Rowling likes to tease her fans by doling out information sparingly. Sometimes she’ll respond to questions on Twitter, as she did recently when a follower asked if “Cursed Child” would make him cry.

“If it doesn’t, we’ll be checking your vital signs,” she replied, launching a thousand headlines about how she has revealed that the play will be “sad.”

All those tidbits are just fine with Melissa Anelli, who runs the Leaky Cauldron fan website and also organizes a Potter-themed fan convention known as LeakyCon.

“I love everything about Harry Potter,” she said. “So when I get one of those plot details or a new piece of writing, it’s like a nice, full exhale.”