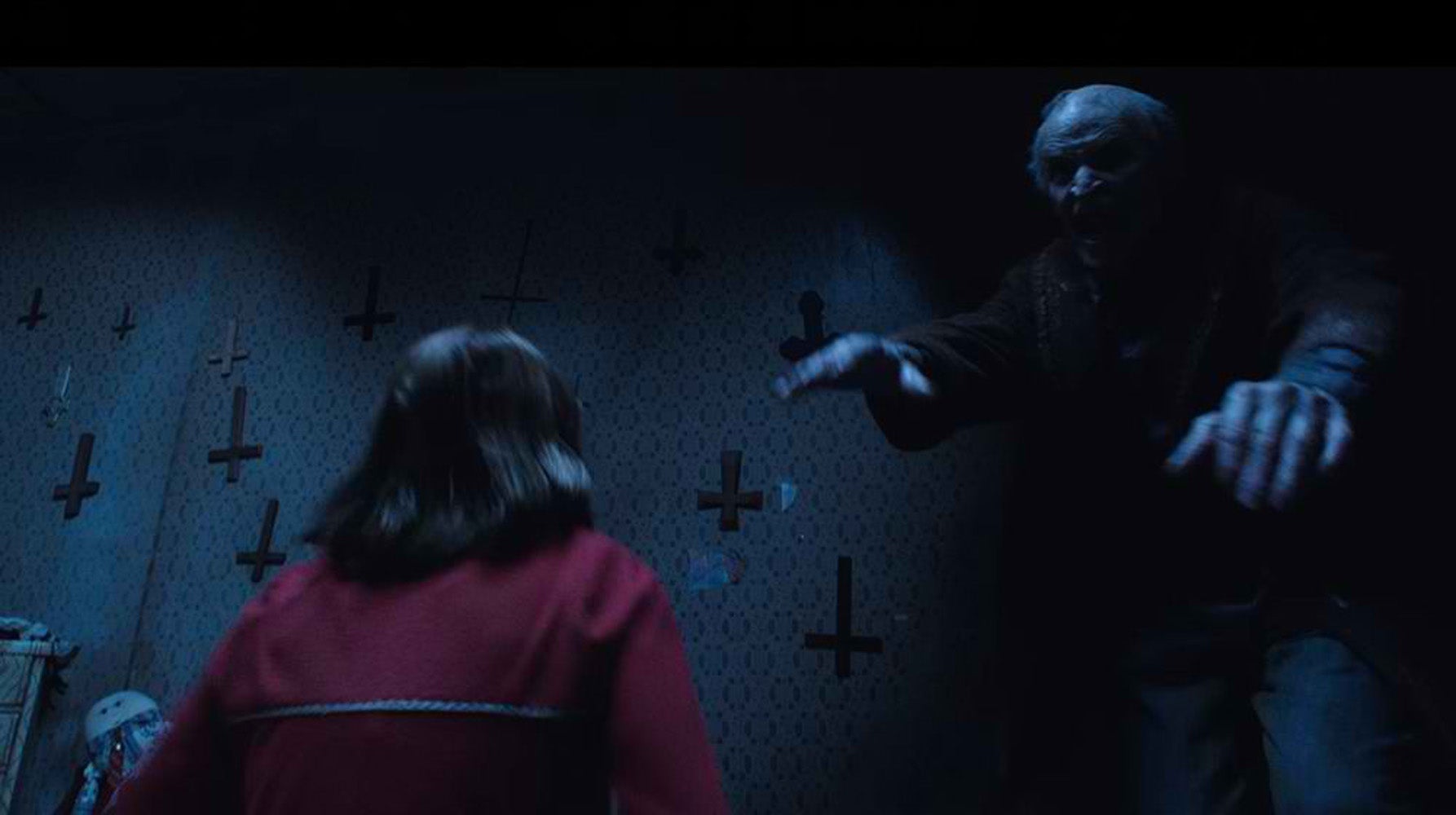 ‘The Conjuring 2’ brings the big scares

HAVE you ever been terrified of a piece of furniture? You will, after watching “The Conjuring 2” with your eyes covered by your fingers. The second film in the franchise from director James Wan (who had previously created the “Saw” and “Insidious” series) tries a different approach to terrifying viewers—including those who had already been scared by the first film in 2013—by trying out novel concepts such as a haunted armchair.

“The Conjuring 2” begins with the paranormal investigator couple of Ed Warren (straightforward Wan repertory company stalwart Patrick Wilson) and Lorraine (the ever enigmatic Vera Farmiga) encountering the most notorious haunting in America, the Amityville horror in Long Island. The experience leaves the spook-sensitive Lorraine shaken and she asks Ed that they now stop dealing with the supernatural. But over in Enfield borough in London, England, the Hodgson family finds themselves scared beyond belief when something seems to inhabit the same house. To the horror of mom Peggy (Frances O’Connor), the presence seems to be attached to the second child, daughter Janet (a promising Madison Wolfe). The Catholic Church asks the Warrens to take a look, and, despite frightening premonitions of disaster, Lorraine is convinced to travel to Enfield.

True to the series’ devotion to true-to-life stories, “The Conjuring 2” is built around the controversial Enfield Poltergeist, suitably the most famous and documented of British hauntings.

The first “Conjuring” film was also about the haunting of a home, the Perrons in Rhode Island. That film, genuinely among the most frightening horror films of all time (along with films like the original “The Exorcist” from 1973 and 2001’s “The Others”), was a stylish exercise in subterfuge, with Wan using jump scares and tricks of perspectives to ambush the audience. That film made you start and stop, look around and shake your head before making you scream—even if you haven’t really seen anything.

“The Conjuring 2” takes a more direct approach. The film has a more complicated story, with several key revelations coming more than halfway through the film. The viewer essentially accompanies the Warrens (Lorraine in particular) to Enfield and will be let to decide if the Hodgsons are actually being pestered by an otherworldly being or if Janet is faking it. This isn’t as simple as it seems and Wan does a good job of keeping the audience guessing. Then it becomes an outright battle between good and evil, something that attacks the very core of what the Warrens represent and what they’re fighting for.

When “The Conjuring 2” finally reveals its true form, it becomes clear that Wan has decided to scare everyone he hasn’t scared yet. He does so by making a more conventional movie, bringing the big scares out of the shadows and into the unsteady light. There are things out in the open in “The Conjuring 2” that you’ve not seen before in a James Wan film, a considerable achievement considering Wan has directed or produced 15 horror films of varying nature.

“The Conjuring 2” does not feature the quiet moments before the horror seen in the first film; it relentlessly moves forward with one kind of scare after another. Wan brings back the usual suspects for this outing, notably his go-to musical composer Joseph Bishara, who has pretty much mastered the art of matching music with menace.

Wan is clearly expanding his reach with his deployment of both repurposed classic scare tactics as well as some fresher tricks in “The Conjuring 2.” It is obvious that the producers have found a franchise here, and we will probably see the Warrens in a third installment soon.

Armed to the rotting teeth with an entire range of frightening elements, “The Conjuring 2” represents the democratized, cutting edge of horror; it has something here—new and old— to scare just about anyone.

Warner Bros.’ “The Conjuring 2” opens in cinemas on June 9.