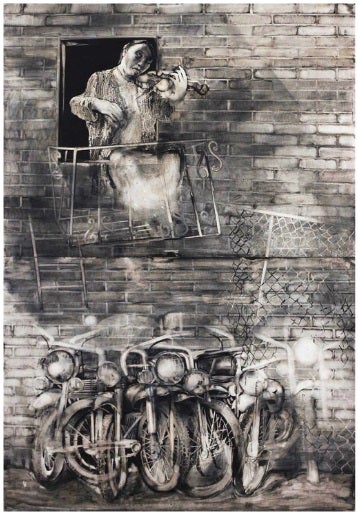 Ink wash on paper mounted on board

A study of contrasts—the violinist playing on the balcony above a row of motorcycles—that displays the late artist’s fine sense of composition and his signature brooding expressionism. 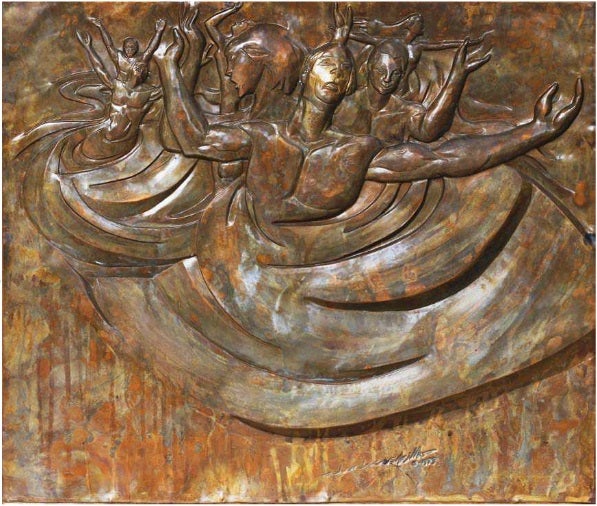 Rare sculpture (rare because Castrillo mostly dealt with religious and patriotic subjects) that brilliantly synthesizes the kinesis and grace of ballet from the master modernist who passed away recently and will surely be missed terribly. 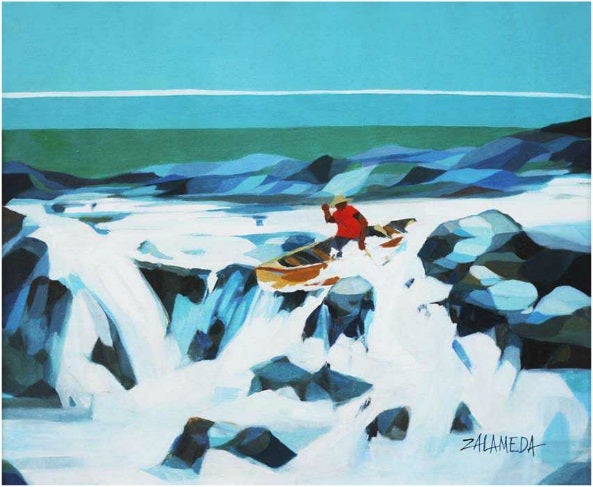 The late modernist (1930-2010) combined figuration and abstraction through his deft use of bold colors and lines in this strangely dynamic but therapeutic work. The Filipino dilettante and pioneer of abstract expressionism braved his own path separate from his friend Jackson Pollock’s as illustrated in this beautiful work that evokes organic forms and rich country ambience all in subtle but effective black and white. 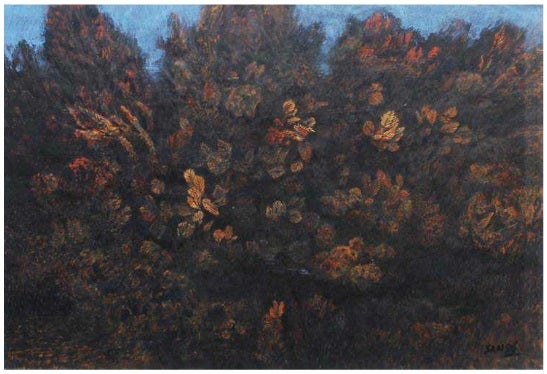 An iconic work from the modern master that shows his menacing expressionism tackling organic forms albeit in transition: in contrast to his Black period, this work is poetic and appears on the way to a certain lightness of mood.