This doctor heals you with your own blood | Inquirer Lifestyle ❮ ❯ 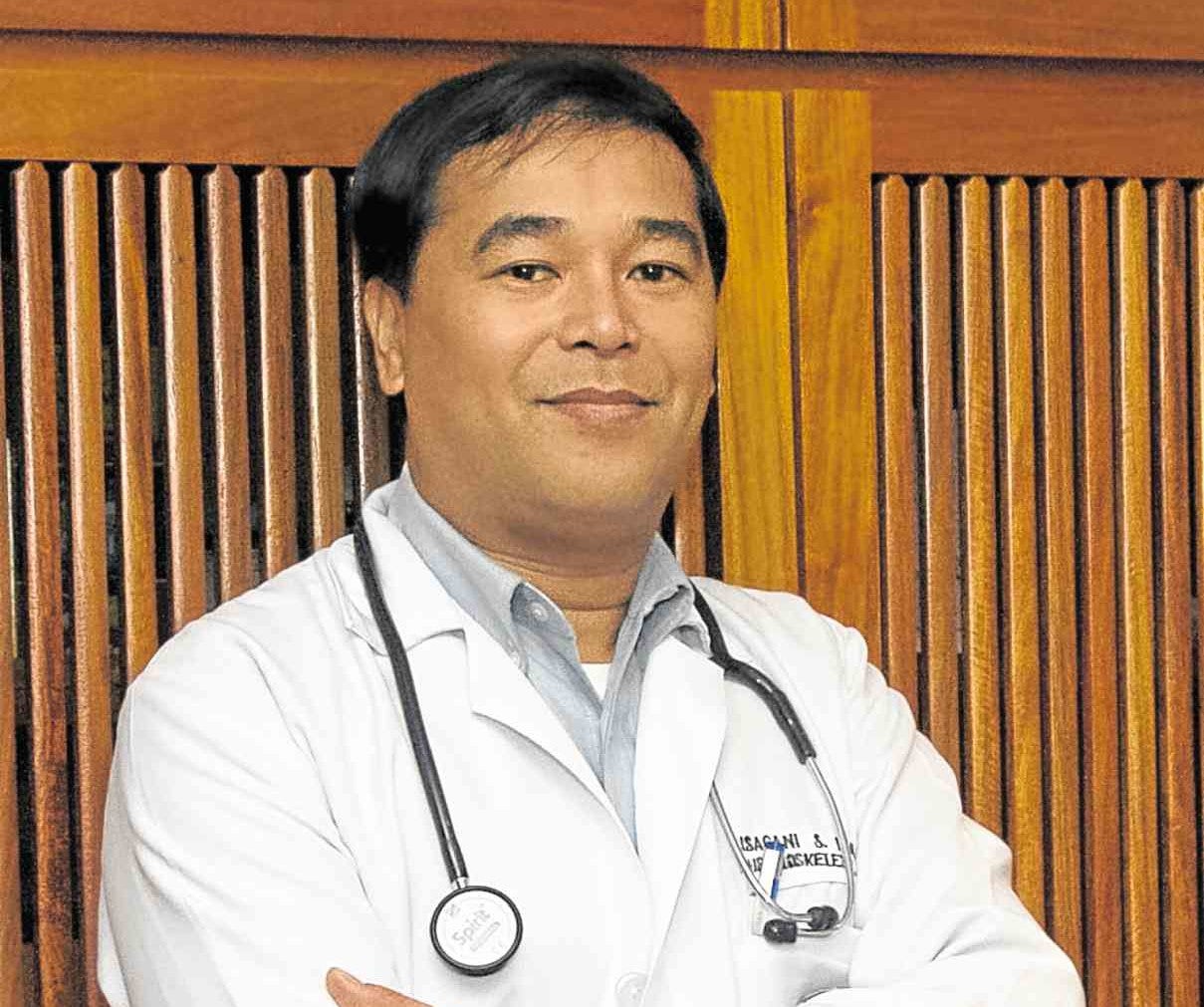 This doctor heals you with your own blood

Serious athletes equate injury with the end of the world, a nightmare that could sideline them from their sport indefinitely, or for good. Surgery can help mend torn tissues and broken bones, but even the most gifted athletes resign themselves to the fact that their days are numbered following an operation.

So, how have Castro, Teng and Barriga managed to stay on top of their game despite debilitating injuries and without having to go under the knife?

In this nonsurgical outpatient treatment, blood is extracted from a patient and placed in a centrifuge which isolates platelet-rich plasma with growth factors.

Guided by ultrasound, a doctor re-injects the plasma into the patient’s injury—usually a shoulder, knee, foot or joints where blood supply is typically low. Infusing a high concentration of plasma into these areas is said to hasten tissue growth and cell regeneration.

PRP Therapy—which was used to enhance healing after spine and cosmetic surgery in the 1990s—was discovered by athletes around 2008. Elite athletes like Tiger Woods, Rafael Nadal and Kobe Bryant routinely rely on the procedure to keep them in competitive form.

Today, Dr. Leal’s clientele has expanded to include those suffering from osteoarthritis. Bone spurs, or the abnormal growth of bones on joints that cause pain and swelling when they rub against other bones, soft tissue, or nerves in the body, are treated with Uspor or Ultrasound-Guided Percutaneous Osteophyte Removal , a minimally invasive outpatient procedure that employs a needle-like instrument to pulverize and suction out bone spurs.

Platelet-rich plasma is injected in the area to promote cartilage growth. Instead of glucosamine, Leal recommends collagen for more effective cartilage regeneration.

Except for complete tears of the muscle, ligament or tendon (which require surgery to repair), partial tears of the meniscus or anterior cruciate ligament (ACL) can be corrected through PRP Therapy, says Leal. The whole procedure takes about an hour, after which antibiotics are prescribed “as a preventive measure,” adds the doctor. “Inflammation is the first stage of healing. When you take a pain reliever, it interferes with the healing process.”

A stretching and strengthening program two weeks after PRP Therapy gradually eases an athlete back into shape; in five to six weeks, he can be cleared to play again.

Castro, who underwent PRP Therapy in 2012, experienced a world of difference in less time. “In only a week, I could do things with my ankle that I couldn’t before, without feeling pain,” he said in an interview. “The PRP Therapy really works.”

Leal considers “seeing patients in a wheelchair walk out of the clinic after treatment” the most fulfilling part of his practice. “More and more, medicine is looking into minimally invasive procedures to treat patients,” he says. “Years ago, an ACL tear meant your knee had to be cut open. Ten years later, arthroscopic surgery required only a small incision to repair the ACL. Now it’s a patient’s own blood that’s helping him heal. Who knows what the future of medicine will bring?”

Leal—the third of four children of a jeepney driver and an elementary school teacher from Magpet, North Cotabato—was initially groomed for the priesthood. But with more impressive grades in science than philosophy, he left the seminary after three years and ventured to Manila to put himself through medical school.

Leal juggled jobs as a fast food joint pantry man and motel room boy with classes at Manila Central University (MCU). At one point, he even landed on the front pages of tabloids for being duped by a co-worker’s wife, who spent his hard-earned tuition money on a child’s birthday party.

Despite the challenges and frustrations, Leal soldiered on; he finished medicine in MCU as well as a Master’s degree in Public Health at Philippine Children’s Medical Center.

He applied with the Department of Health (DOH) and was assigned as a barrio doctor in the war-torn areas of Pikit, Cotabato and Mamasapano, Maguindanao.

Though he didn’t know it at the time, this 10-year period would be his first foray into rehabilitation medicine. “My job was to teach barangay health workers how to treat back and shoulder pains without Western medicine and technology,” he says. “We used reflexology, acupuncture and herbal medicine, and we made canes and stretchers out of indigenous materials. These were people who could not avail of the medical system, so they had to learn to be self-reliant.”

Leal was recommended by DOH for a scholarship in musculoskeletal rehabilitation medicine at Tel Aviv University in Israel. It was there where he was trained in PRP Therapy.

“Israel has a lot of trauma and casualties from war, so they turned this disadvantage into an advantage,” explains the doctor. “They don’t want their soldiers to undergo surgery because it takes too long to heal.”

The only Filipino—and Asian—member of the Israeli Society of Musculoskeletal Medicine, Leal visits Israel periodically to update himself on the latest developments in his specialization.

After completing his scholarship, he flew back to the Philippines to open a clinic in Quezon City. “My first clinic looked like a laboratory,” says Leal with a laugh, “because it was full of apparatus!” The clinic has since moved to a bigger building, and on his seventh year of practice, Leal maintains a staff of three doctors and 18 nurse-therapists.

For all he’s accomplished, Leal has not forgotten his humble beginnings; he now offers scholarships to members of Cotabato’s Manobo tribe.