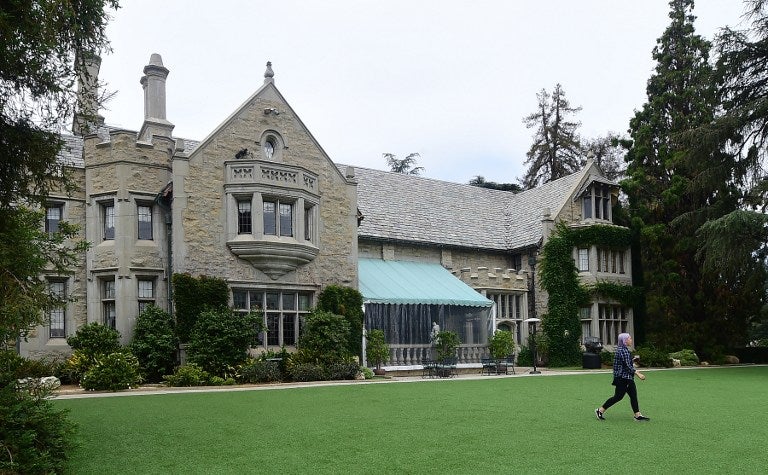 LOS ANGELES— Hugh Hefner’s Playboy Mansion is about to acquire a new owner — the billionaire businessman who lives next door.

Both sides declined to reveal the price until escrow closes. The home was originally listed for $200 million.

READ: Playboy Mansion up for sale for $200M — report

Metropoulos did say terms of the sale allow Playboy Magazine’s 90-year-old founder to live in the mansion for the rest of his life.

After that, Metropoulos plans to merge his property with Hefner’s, creating a 7.3-acre compound featuring the two stately 1920s-era mansions.

Metropoulos bought his current home from Hefner in 2009 for $18 million.

Metropoulos has been an occasional visitor to the mansion since then.