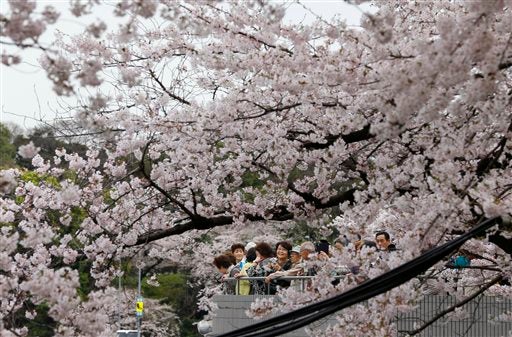 Japan’s cherry blossoms will soon be enjoyed by Filipinos, who need not book a flight to the East Asian country to appreciate its pinkish allure.

Local officials of Atok, Benguet, along with representatives from the Kochi prefecture and Japanese embassy, planted over 30 cherry seeds and other tree varieties from Japan on Monday to create the first ever cherry blossom park in the country.

In a brief Facebook post, the Departments of Tourism and of Environment and Natural Resources confirmed the tree-planting initiative, which hopes to make the park a tourist destination once the trees bear flowers.

The tourism project was actually launched in November last year, but only a few saplings managed to survive because they were planted at the wrong time.

Also, the Cordillera Region’s highest mountain, Mt. Pulag, was originally considered for the cherry tree-planting project, but altitude difficulties prompted the team to choose Atok instead. The possibility of planting the universally loved trees in Mt. Pulag has, however, not been discounted. Mt. Timbac is also being considered.

The joint project was just in time as Kochi Prefecture and Benguet commemorate the 40th anniversary of their sisterhood ties.

The Japanese cherry trees, called sakura in Japan,  are expected to bloom sometime in 2019. Khristian Ibarrola

‘We chased the cherry blossoms and discovered much more’

‘Singapore to get its own ‘cherry blossoms’