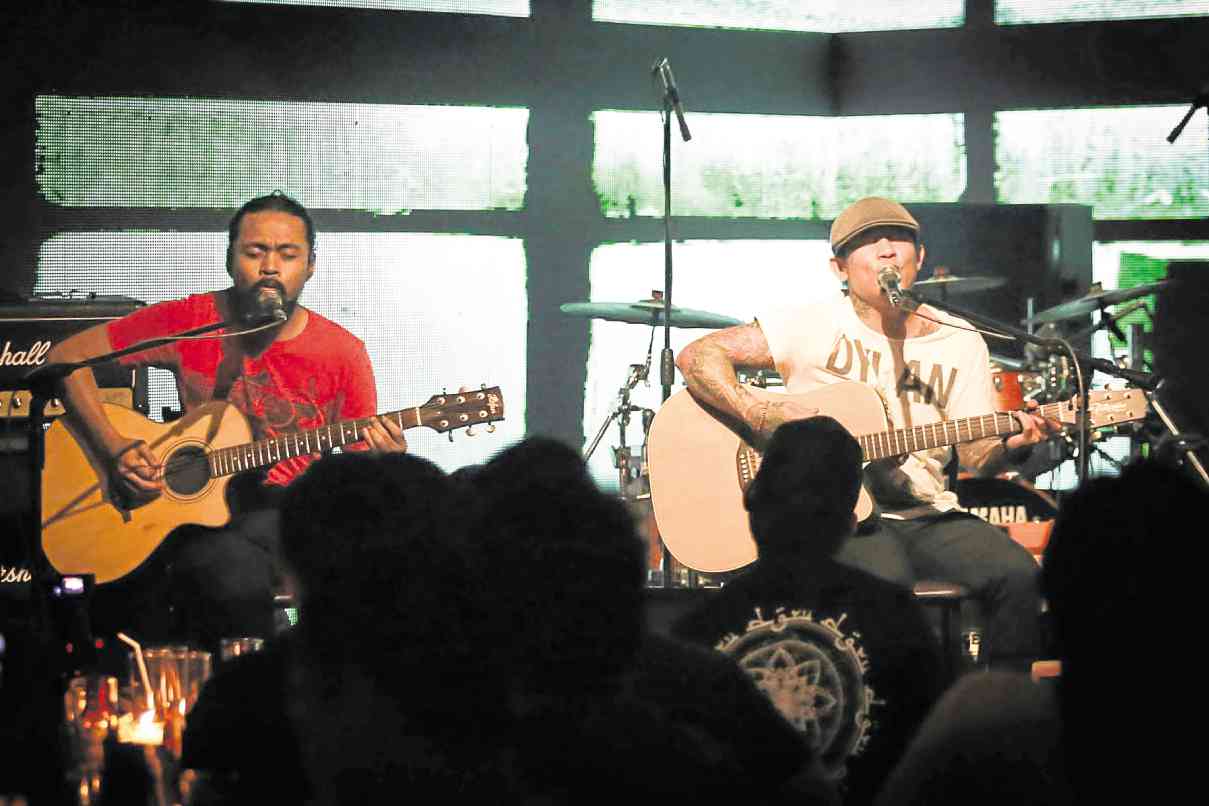 A YEAR has passed since word got out that Filipino rock band Urbandub would break up. We thought it was some kind of April Fools’ joke, given the date, April 1, 2015.

Alas, it turned out that the band’s members—Gabby Alipe, John Dinopol, Lalay Lim and Janjan Mendoza—would bid farewell, indeed, in a final gig on May 9 last year at Metrotent in Metrowalk, Pasig.

“In a lot of ways, we never really expected that we would last as long as we did,” said frontman Alipe on the success that the band achieved.

After all, who would’ve thought that four misfits from the Visayas would form what would become one of the biggest rock groups in the country?

Hailing from Cebu, the band’s members were active in that city’s local rock scene before laying the groundwork for what would become Urbandub.

Two albums and a chart-topping hit later, Urbandub conquered Manila, wowing a raucous crowd at the 2003 NU 107 Rock Awards. The rest, as they say, is history.

Looking back, Alipe pointed out the crucial turning points in the lives of each member that ultimately led to the band deciding to call it quits. “Life caught up with us,” he recalled. “Everybody started having kids and other career opportunities started coming…”

The stress of a rigorous touring schedule contributed to the decision, Alipe said, adding that when the band was on its 10th year, it started to get monotonous. “It became a routine type. We weren’t really growing as musicians anymore, or as artists.”

After the band announced its hiatus (yes, we’re still keeping our fingers crossed), the members have kept themselves busy.

Dinopol is preoccupied fronting his new band Cables in Space, as well as working on his own clothing line, Pinnacle Clothing.

After spending most of his career in Urbandub as a guitarist, Dinopol has morphed into a vocalist. “As frontman in Cables and Space, it’s a whole new different world for me, playing difficult parts in the guitar while singing.”

Alipe butted in: “Now he appreciates me more.”

For Alipe, life after Urbandub has seen him step out of the spotlight. Always mindful of the artists who inspired him to form the band, Alipe said—out of a sense of duty and gratitude—that he wanted to help provide the emerging breed of new artists the opportunity that Urbandub once enjoyed. “I want to pay it forward, the stuff that we’ve experienced over the past 15 years,” he noted. “We’re trying to share it with the younger bands now.”

This conscious effort to nurture the younger generation of musicians has led Alipe to form Nemesis Music Group, a management company dedicated to discovering new bands and young talent.

The company has in fact taken under its wing a roster of must-see artists such as Autotelic, Faspitch, Sirens, Faintlight and Dinopol’s Cables and Space—all of whom are busy playing gigs in and around town.