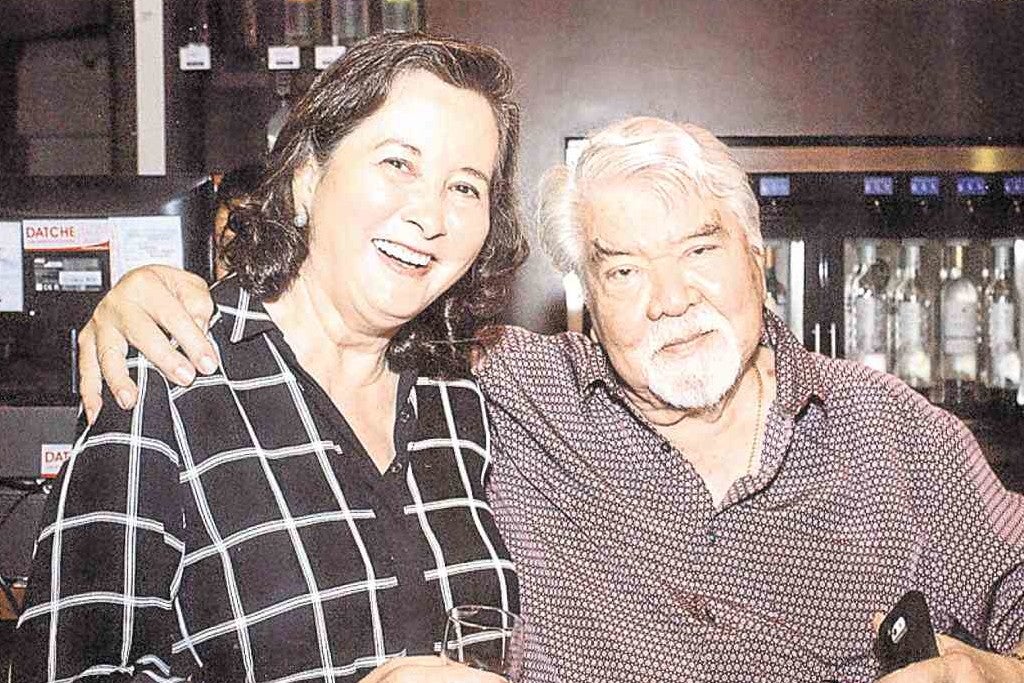 A WINE tasting at Bibendum means more than just sampling a selection of whites, reds, rosés and sparklings. It always turns out to be a great party, with much clinking of goblets.

Margie Richards Taylor has moved Bibendum to a more ample location at Streetscape, the complex close to the gate of Maria Luisa Estate Park. It is not just a place to buy quality wines, some at very attractive prices, but where you can drink them, too.

What’s more, there is a deli counter with excellent cold cuts, a variety of cheeses and delicious sausages from Santi’s in Manila, so that you can have a wonderful time on early or late evenings.

The adjoining terrace has enough seats and tables for that, and if you want to stay cool, in the air-conditioned confines of the shop, there is also a special place in the wine cellar.

The latest event at Bibendum saw a large crowd of fun-loving people, this time to taste an assortment of American wines, which, as Margie says, can be outstanding. She knows whereof she speaks.

Helping Margie entertain were Mikel Perdices, who is in the outfit; her son Hans Eulenhoefer, who may spend more time in Cebu in the future; and A-List’s Cybill Guynn and Kaye Sala who handle the Bibendum events with their usual efficiency.

Michelline displayed her hand-torched brass sculptures with added glitter as to seem diamond-studded, which caught the attention of
architects Tessie Javier and Kingsley Benedict Medalla.

Michelline could not come to the opening night, but her two sisters were here, charming everyone. Beatrix showed neat texturized abstract paintings in muted grays. Maxine set up mixed-media visual installations.

Among the crowd of first nighters were Bea Sagun, Debbie Palao, who has a shop next door—Holicow— with original accessories created just for them, and Stephan Zenz, who has a hair salon also at Crossroads, with his daughter Kelly Zenz.

Also seen were portrait artist
Isabel Echevarria, who is based in Spain; Susan Sala with daughter
Carina; jeweler (her specialty is
colored genuine gems) Gladys Young with daughter Chloe; Annete Holopainen and Alma Garcia; Lani Osmeña and many more.

The Ramon Aboitiz Foundation Inc. (Rafi) is celebrating its 50th year with a series of events throughout 2016. The first was a press preview of the restored house of founder Don Ramon Aboitiz. It is located in the area of the Redemptorist Parish.

Ever since they acquired the house from Emilia Gandionco Sabanpan in the mid-1930s, Don Ramon and his wife Doña Lolita Sidebottom de Aboitiz lived in this house with their two children, Eduardo Aboitiz and Maria Luisa Aboitiz Canova.

It took a lot of effort, time and budget to restore the house since it had been riddled with termites and other deteriorating factors. Also, a lot of the original furniture had to be retrieved, some of it returned from abroad.

Guiding the Cebu media about the morning of July 18 were Don Ramon and Doña Lolita’s grandsons Jon and Bobby Aboitiz. They confided that once they had even thought of demolishing the house as a fire hazard.

Right beside it, in what is a rather large and lushly green property, is the house where Jon and Bobby’s mother, Paqui Melendez de Aboitiz, lives with her sister Quina Melendez.

Restoration of the old house prevailed and truly, the result is quite felicitous. After all, the house survived the war when a lot of the surrounding houses went up in flames hit by incendiary bombs.

For a time, at the height of the war, the Japanese Kempetai occupied the first floor, allowing Don Ramon and Doña Lolita to stay in the upper floor. That’s a bit of history, but more important is that the idea of establishing the Rafi took place in this house.

Rafi has multifarious ongoing projects that have to do with charity, livelihood programs, civic-mindedness, and an infinity of activities, including the publishing of heritage books, and the upkeep of the Casa Gorordo Museum.

The house dates back to the 19th century, built with stone, fine wood and clay tiles for the roof. In it lived Msgr. Juan Gorordo, the first Filipino to be named Bishop of the Cebu See in the early 20th century. His niece Telesfora Jaen gave the house its imprint, as one of the last grand dames of old Cebu society.

Casa Gorordo is currently undergoing a massive restoration, and its reopening to the public may be the next grand event of the Rafi golden jubilee. It is being furnished as a showcase of antique furniture exclusively made in the Visayas.

June 24 is approaching and that is the feast of St. John the Baptist, patron saint of Cebu Parian where Casa Gorordo is located. Josefina “Pepit” Revilles, one of the last to live in it, usually celebrates the fiesta in the garden.

Speaking of the fiesta at Parian, there’s Val Sandiego who celebrates it at his family’s ancestral house, which dates back to the 1600s. And there’s Cecilia Manguerra Brainard, best-selling author based in Santa Monica, who, every year, returns home for the festivity and celebrates it at her building on Zulueta Street.