To dye or not to dye? | Inquirer Lifestyle ❮ ❯ 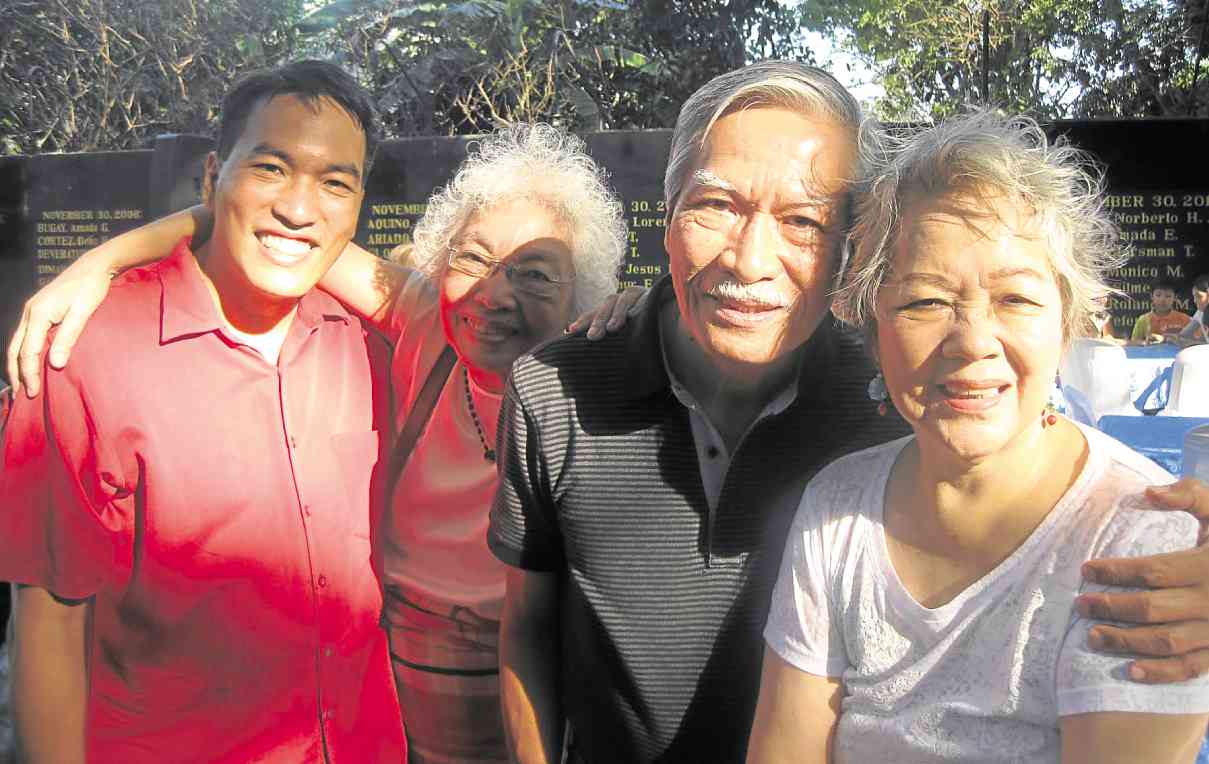 To dye or not to dye?

Don’t be ashamed of your gray hair. Wear it proudly like a flag. You are fortunate in a world of so many vicissitudes, to have lived long enough to earn it.”

This quote, attributed to teacher-essayist William Lyon Phelps, was handwritten by my grandmother, Telesfora Cariño Lolarga, onto a sheet of lined paper and displayed among her memorabilia. I later transferred it to a scrapbook when her things had to be brought down to Manila, her retirement house in Baguio locked until it was sold to new owners.

Lola Purang colored her hair black in her prime when she ran a school and was active in civic work. But when she said goodbye to all that and retired up north, she let her hair turn gray, then white. Her crown of glory grew past her shoulders, and she twirled it neatly into a bun.

She scheduled what seemed to my young eyes a sacred “Hair Wash Day” when she let down her hair while seated on a stool and poured one tabo after another of lukewarm water and shampooed ’em tresses tenderly like they were her most precious jewels.

Hair and I have a more complicated relationship. When I’m frustrated with something or someone, I tend to take it all out on my hair (better than slashing one’s wrist, don’t you think so?), get a radical Gupit Dos or Kuwatro (the settings on the barber’s shaver that just leave bristles on my head). Then I wear the longest dangling earrings so the bus conductor doesn’t mistake me for a guy and say, “Pare, sukli mo.”

I went through a henna phase in my late 30s up to early 40s, then let everything slide because I couldn’t stand the hours spent in a salon to get the job done and the repetition of the procedure once the white roots started showing.

Last time I had a henna treatment was before my 25th wedding jubilee. One of husband Rolly Fernandez’s attractions is his distinguished salt-and-pepper look. Now he’s all Gandalf. It never crossed his mind to tamper with what Nature had bestowed on him. His whites started showing as early as when he was in high school.

My mother, who had her hair colored and coiffed all the way to her 80s, said, “Do something about your hair. I might end up looking younger than you at your own party.” I succumbed to maternal pressure. The year 2009 was the last time I had jet-black hair.

Today chums tease me about the white locks on the front of my head, the black ones at the back as though the unsynchronized growth shows how in great rush my bangs are in betraying my senior years while the back tenaciously clings to lost youth.

I surveyed friends on the “to dye or not to dye” issue. They’re not all self-conscious about age settling on their heads. What courageous flag wavers most of them are!

Gigi de Beaupre, actor-teacher with a theater company, Théâtre du Quart d’Heure, in the French West Indies. Within that structure is the theater workshop Studio Ado: “It’s cheaper to let Nature take its course. Besides, it’s a privilege denied to quite a few to be old enough to have white hair. I’m glad that I’m aging. All my friends love my hair.”

Carolina “Bobbie” Malay, former National Democratic Front peace negotiator and writer: “I had to dye before going back underground in early 1987 because the peace talks collapsed. Kasi I was salt-and-pepper in all my photos then… I’ve never felt awkward [about my white hair]. It’s all natural and fine. I don’t even do my eyebrows anymore unless feel ko.”

Vergel Santos, journalist, political analyst, doodler: “When it all began? I actually didn’t notice, but I guess in my 30s. It must have been a conspiracy between genes and a life ruled by deadlines. I have been a journalist since age 18. I may have subconsciously thought I needed to look older, such that when my hair began turning white I was only thankful for the premature phenomenon. Indeed, I inspired remarks like, ‘It gives you an air of respectability.’ That’s why I didn’t think at all of dyeing. At age 70…

“But, semiretired now, I do find more time for a haircut and general grooming. I also brush my hair in place before I leave home and go public; I don’t know why, but probably that’s a concession to some sense of propriety that prompts one to try to look one’s age.

“My younger friend Rolly, himself a journalist and a beneficiary of prematurely white hair, is himself retiring, and I wonder whether retirement will have him do to his hair what it had me do to mine. But recalling how his slightly wavy, lusty head of white hair sits on him—compared with my own straight, straggly, thinning case—I hope he’d let it be.”

Gilda Cordero Fernando, Forever 81: “There was a time when looking old was a mortal sin. So, like most aging women, I had a troubled experience of coloring my hair with henna which turned it in all unpredictable shades—from gray to red to blonde.

“But then one day I decided to change the part of my hair. I flipped a big hank over and lo, it was all white underneath. My hairstylist, Huelgas, trimmed it and said he’d rather not color it. He was right.

“It’s best to be comfortable with one’s age. But sometimes I dream of streaking it bright purple, red and green.”

Ernesto V. Enrique, lecturer on photography, University of the Philippines College of Fine Arts: “My hair started to whiten in my 20s and 30s. I didn’t mind it. At that age, I was aiming for a look of maturity. White hair is part of my genetics. I never dyed my hair although I once sported the Afro hairstyle.

“When people my age color their hair, it’s because we’re aiming for the hipster look. Colored hair becomes part of the getup. Next year I’m considering coloring my hair ’pag tinopak (if I grow crazy) on my 67th birthday. I don’t care if others say na nagmumurang kamatis ako (I’m trying hard to look young). Wala akong paki (I don’t care)… Meanwhile, I’m happy with my current look.”

Pablo A. Tariman, performing arts reviewer and show-biz writer: “Sad to say, I color my hair. It has nothing to do with vanity. I don’t want to look 107 years old in a press-con crowd full of millennials. Dyeing doesn’t lessen age, but when you look like a cross between Lou Veloso and Joe Gruta, you want to look the age of Richard Yap.

“I have no more illusion of youth. Once in a while, you get compliments like: ‘Pablo, you never aged at all’; ‘Pablo, how do you manage to look young at 67’; or ‘Pablo, you look like you really practice clean living.’

“But I like friends and colleagues who never dyed their hair like actor Pen Medina. The guy is a natural; I look like a fake senior citizen beside him. At least, when I dye, I look like Medina’s eldest son.

“Another figure I admire for not dyeing is columnist Randy David. There is a certain dignity about him when I look at his gray hair. I suppose dyeing and not dyeing is a reflection of the person. I am ready for the verdict of ‘hair’ historians.

“One time I let my graying hair grow as it should. When I looked at the mirror, I thought I saw Methuselah. I thought my age was suddenly 969! It was a mild reminder that no amount of dyeing would prolong youth.

“But I have other lives. I have no choice but to look tolerable. I attend press cons regularly, I dine with ambassadors and artists, I interview matinee idols. I look my worst after deadlines. I am sure there is no harm in trying to look younger than Eddie Garcia.”