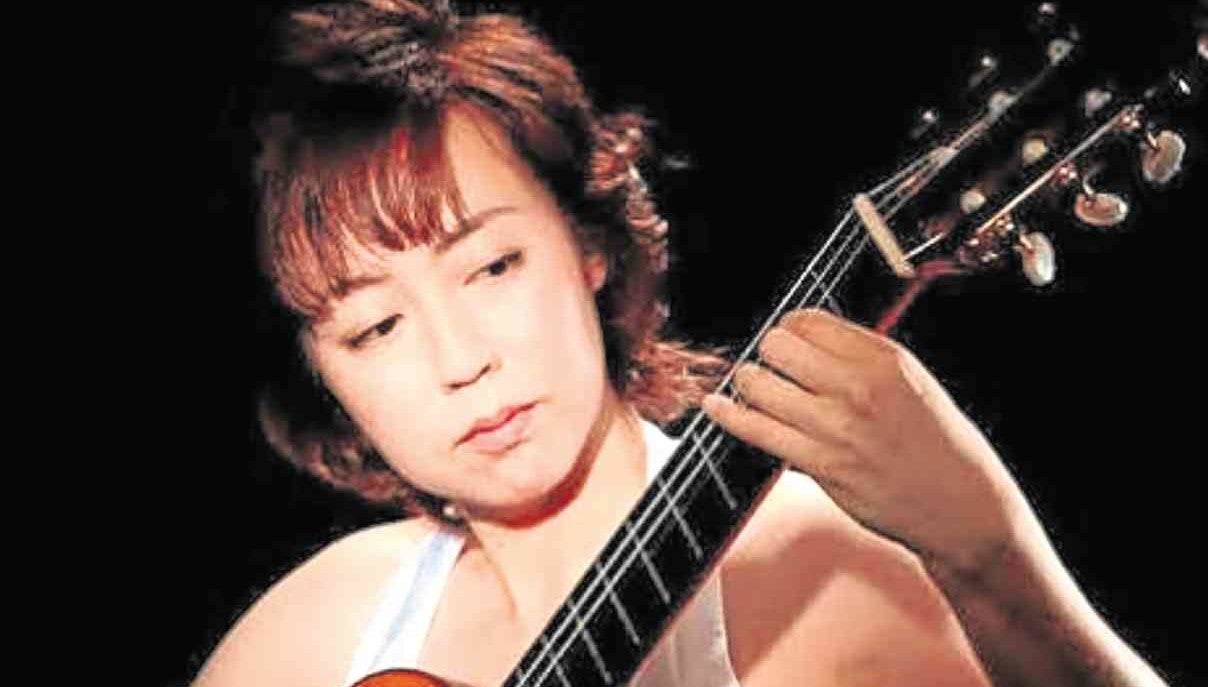 Japanese classical guitarist is a woman in a man’s world

JAPANESE classical guitarist Sachiko Miyashita is all set for her second Manila engagement on June 23, 7:30 p.m., at Ayala Museum.

A prizewinner of the Andres Segovia International Guitar Competition in Spain, Miyashita told the Inquirer that winning competitions was no big deal to her, and that she was not conscious of being a woman in a musical field dominated by men.

“I understood that winning a prize was only a passing point to a goal I wanted,” she said. “I knew that I needed to study more. No, I was not conscious of being a woman in this competition in Spain because the third-prize winner after me was a Spanish girl. I know the majority in the classical-guitar world is dominated by men, but fine women guitarists actually exist although, of course, they are not that many. The daughter of my Japanese guitar teacher is a woman guitarist, too.”

Miyashita said it was her mother who egged her into taking classical guitar at age 7 although her family wasn’t exactly music-oriented.

“My mother suggested to me to learn guitar because she loved listening to classical-guitar music very much,” she said. “My parents and brother like music but they don’t play any instrument. My brother studied chemistry in the university. I was influenced by him and I studied the same in the university. At the same time I studied music in private with some experts.”

Miyashita said she had played the classical guitar in a movie and in a play.

Did she feel like she was one of the characters? “The classical guitar has a rich expressiveness. It sounds like a human voice, unlike other instruments. Only one instrument can support a drama. I play a guitar in a reading drama with some actors every summer. As you say, I felt [the guitar] was one of the characters. It is the same when I play chamber music with other musicians. It is important that you take note of how the actors breathe. By being conscious of that, you learn to interact very well with an ensemble.”

Miyashita’s June 23 program will open with an all-time favorite, Tarrega’s “Recuerdos de la Alhambra.” But she would like Manila’s music lovers to experience the Japanese piece “The Legend of Hagoromo.”

She pointed out that “Hagoromo” was drawn from the legend in Okinawa in the south of Japan. “It is the story with a beautiful seaside setting. The music was composed along the story using Okinawa mode (five notes) and needs a special technique with both hands. Okinawa music is song-and-dance. In many countries where I played it, people liked it the best on my program.”

Miyashita will conduct a masterclass on June 22 at the Asian Institute of Management, Makati City. She will also perform at University of the Cordilleras, Baguio City, on June 24, and at Camp John Hay Manor.