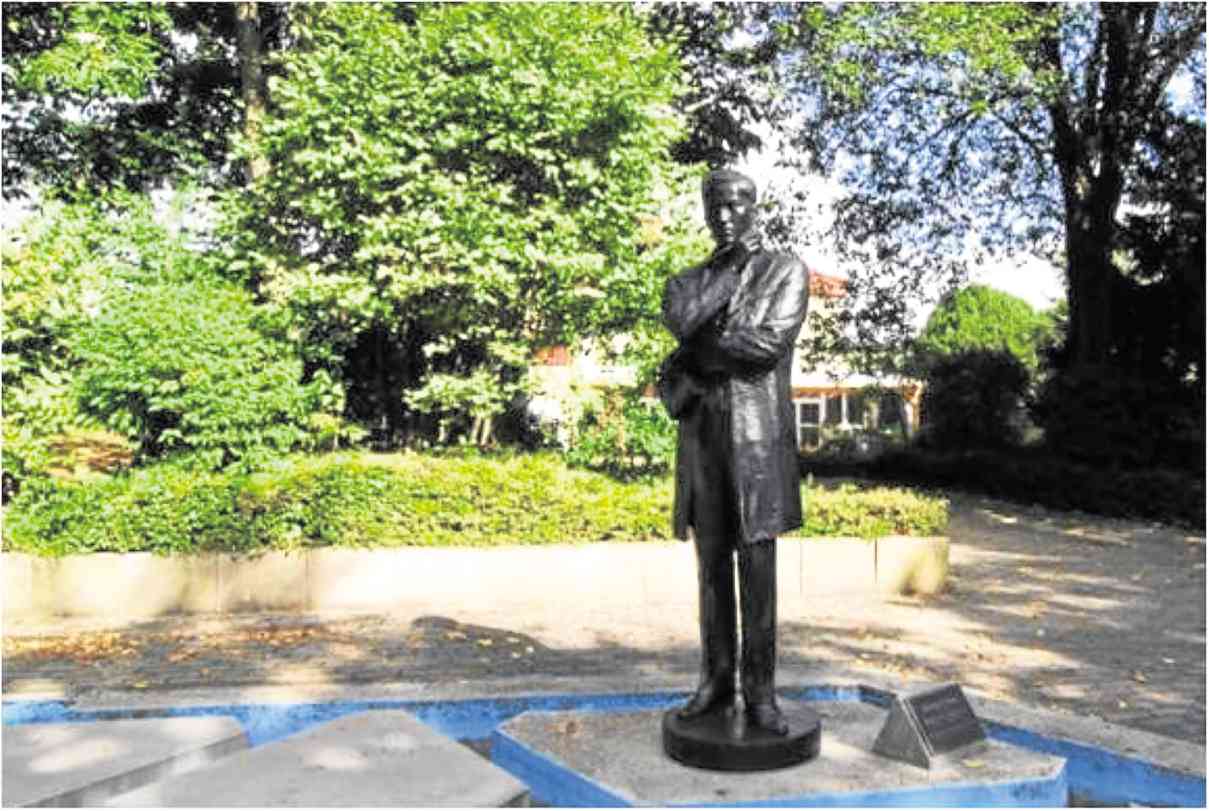 Jose Rizal in romantic Heidelberg: His thoughts on women

JOSE Rizal, whose 155th birth anniversary the nation will commemorate on June 19, was 25 years old when he arrived in Heidelberg in southwestern Germany on Feb. 3, 1886.

Heidelberg was one of the best places that Rizal visited during his one-and-a half year sojourn in Germany so much so that barely two days after his arrival here, he immediately fell in love with the historic and romantic city.

Henry W. Longfellow described Heidelberg as “a very beautiful place,” while numerous poets “have sung praises of the city and the castle ruins, and have turned Heidelberg into the quintessence of the German Romantic Period.”

It’s no secret that Heidelberg, one of the prettiest and best preserved towns in Germany, “is a jewel among Germany’s travel destinations.”

During springtime, fragrant flowers can be seen in abundance and in bloom in both the public gardens, plazas, squares, in private lots and along the cool banks of the Neckar River and the entire University town.

Truly, the picturesque scenery of the countryside and the quaint features and romantic surroundings make Heidelberg a favorite place for artists, poets, writers, researchers and tourists.

One of the most visited landmarks is the University of Heidelberg, Germany’s oldest university founded in 1386.

The university is named Ruperto Carola, after the two founders Ruprecht and Karl Fiedrick, and is said to be the third university after Praque and Vienna to be found in the whole German-speaking part of Central Europe.

At the same time, it is also one of the strongest research universities in all of Europe gaining a reputation as a “Royal residence of intellect” among scholars.

A bell tower and a clock tower rising above its curving roofs of the three-story Baroque building and two elegant gateways with curving roofline that served as decorations are the highlights of this ancient university.

In front of the edifice is the Lion Fountain.

Did Rizal study in Heidelberg? Some Rizal biographers, Rizalists and people from media have claimed that Rizal enrolled at the University Eye Clinic and finished his ophthalmological studies at this university during his three month stay in Heidelberg in 1886.

It should be noted that Rizal did not study at the University of Heidelberg, “Rizal probably was just an observer or oidor. “He could not have enrolled as a student because he had no official passport to present,” according to Dr. Eufronio Alip, a noted Rizal scholar.

Attending some lessons, or sitting in some lectures as guest student could be very possible.

According to a report, “Although Becker might have taught at Ruperto Carola University, Heidelberg, no documentary evidence shows that Dr. Rizal, indeed, studied in said university.”

Another Rizalist mentioned that “one who is learning German, staying about three months in Heidelberg and three months in Wilhelmsfeld, could not possibly be expected to enroll in said university where the medium of instruction could only be German, and graduate in Medicine from such institution of higher learning within a few months.”

During my one month sojourn in Germany, I visited Heidelberg with my German benefactor, the Bernd Friedrich family and their English-speaking son as my guide and interpreter.

After a walking tour of Germany’s oldest university, I had the opportunity to visit the registrar’s office through the kind assistance of the couple. I requested to see Jose Rizal’s name among those enrolled in the university in 1886.

The elderly genial lady after having ascertained that I was a Rizal professor from University of Santo Tomas, Philippines, welcomed our group and led us to the records section.

I was shown a list of related materials in their computer files and was told that Jose Rizal’s name did not exist as a student in any of its faculties for the year mentioned.

I further inquired about Rizal’s academic records at the University Eye Clinic. She further looked through the old records checking on all possible sources with no success.

However, upon noticing my concern and the many questions I asked about Dr. Rizal through my English-speaking interpreter, she instructed our group to visit the University library and the University-Eye Clinic (Augen Klinic) for more information about our national hero.

Due to time constraints and our planned itinerary to Wilhelmsfeld, I barely had the time to tour the library and research on Rizal’s academic records and his activities.

However, the lady librarian handed this writer a photocopy of some books on Jose Rizal in their library.

One title was “Rizal: Theme and variations. Dedicated to Dr. Jose Rizal’s centennial by the Pontifical and Royal University of Santo Tomas, the Catholic University of the Philippines in its 350th anniversary, (Manila, Philippines, Novel 1961. Summer Cultural Series 8.”

The visit to the library proved rewarding, despite not having accomplished our mission.

It’s not every day that one gets the chance and opportunity to have access to and research in the library of Germany’s oldest university.

I was informed that the library is “Germany’s most frequently used library, and it is currently placed first in a ranking of Germany’s best libraries. The University Library’s stocks exceeded one million in 1934. Today, it holds about 3.2 million books, about 500,000 other media such as microfilms.”

On the way back to the University campus, this writer had a glimpse of German women on their way to their classes.

The scene reminded me of Rizal’s letter while he was in Germany dated March 11, 1886 and addressed to his sister Trinidad.

Rizal “expressed his high regards and admiration of the German womanhood.”

“. . . The German woman is serious, studious and diligent, and they do not pay much attention to their clothes nor to jewels,” he wrote. “They go everywhere walking so nimbly or faster than men, carrying their books, their baskets, without minding anyone and only their own business….

“If our sister María had been educated in Germany, she would have been notable, because German women are active and somewhat masculine. They are not afraid of men. They are more concerned with the substance than with appearances. Until now I have not heard women quarreling, which in Madrid is the daily bread.”

“It is a pity that there in our country the principal adornment of all women almost always consists of clothes and finery rather than of knowledge. In our provinces, women still preserve a virtue that compensates for their little instruction—the virtue of industry and tenderness. In no woman in Europe have I found the latter virtue in such a high degree as among the women there.

“If these qualities that nature gives to the women there were exalted by intellectual qualities, as it happens in Europe, the Filipino family has nothing to envy the European.

“For this reason, now that you are still young and you have time to learn, it is necessary that you study by reading and reading attentively. It is a pity that you allow yourself to be dominated by laziness when it takes so little effort to shake it off. It is enough to form only the habit of study and later everything goes by itself.”

Ramon M. Roda is a retired professor of Spanish and Rizal Course of the College of Commerce and Business Administration of University of Santo Tomas, and a recipient of study travel grants from the Spanish government for postgraduate studies in Madrid and Santander.