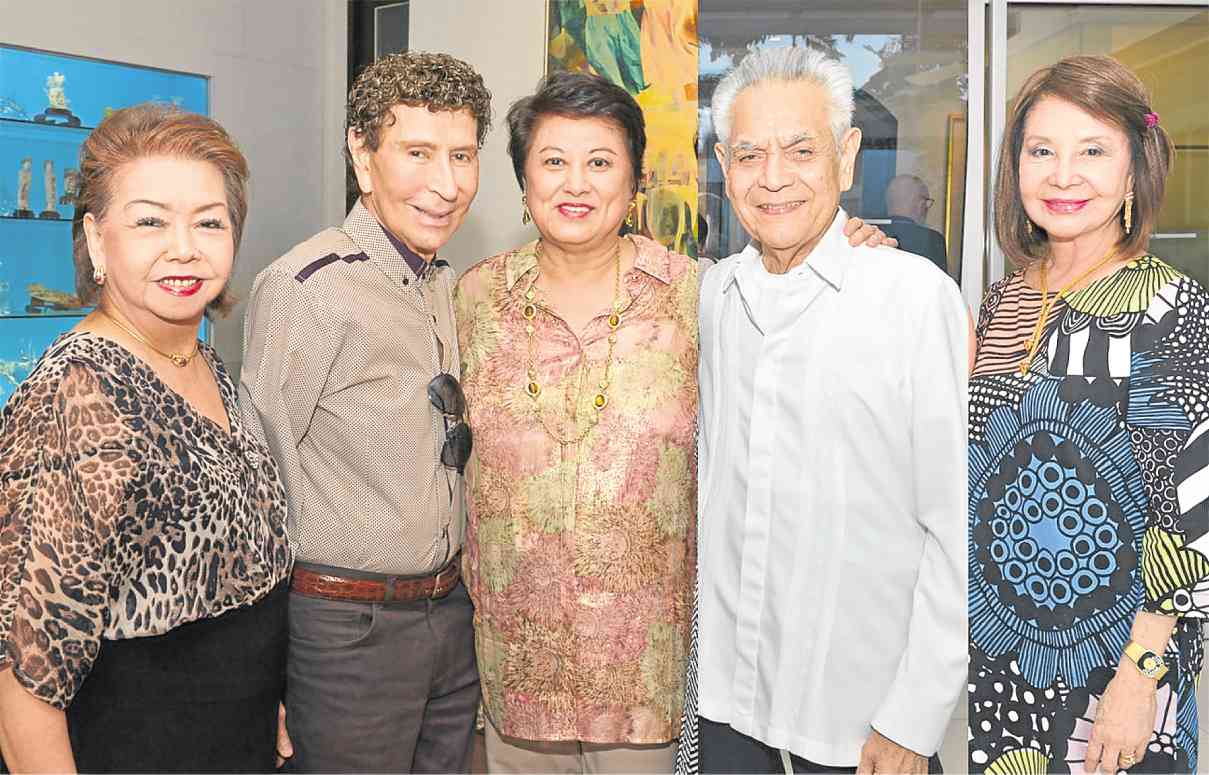 JUST to recap, dahlings, about an item in my column last Friday, June 10, in which I discussed the “socializing fatigue syndrome” from the number of birthday treats I receive from friends.

My birthday falls on Dec. 22, and I looked back at one of the celebrations last year, a merienda cena at the stylish garden of the Forbes Park home of my longtime friend Nini Licaros.

Millie Reyes of The Plaza catered the sumptuous food.

Take a look at more photos from that fabulous party.

Bacardi Legacy Cocktail Competition (BLCC) is an international contest for bartenders and mixologists in which they can create their own cocktails to cater to a broad crowd of drinkers.

It “is a prestigious industry competition where participants not only showcase skills in designing cocktails, but also endure a months-long challenge of promoting the cocktails, to test their longevity and popularity in bars across the metro,” said Bacardi Philippines managing director Sanjit Randhawa.

In the Philippine finals held at Buddha Bar in Makati, Richie Cruz of Café Enye emerged champion with his winning drink, El Tindero.

Cruz later competed at the BLCC Global Finals along with aspirants from Thailand, Australia, Norway, Belarus, the UK, the US, Israel and China. He made it to the semifinals.

David Cordoba, regarded as one of the world’s leading authorities in rum-based cocktails and the curator of BLCC, led the local judges, who included David Dennis, a beverage specialist; Dixie Marinas, restaurateur and columnist; and GP Reyes of Establishment Club.

“Bacardi Legacy is one of the world’s largest cocktail competitions and is a truly unique event that welcomes bartenders and industry colleagues into the Bacardi family,” said Fabio Di Giammarco, Bacardi global vice president.

He added that while only one person would walk away with the grand prize, the contest would gratify contestants for “the friendships formed, camaraderie and long-term commitment from Bacardi to help fuel the passion within each and every bartender taking part, which is the true legacy of this prestigious event.”