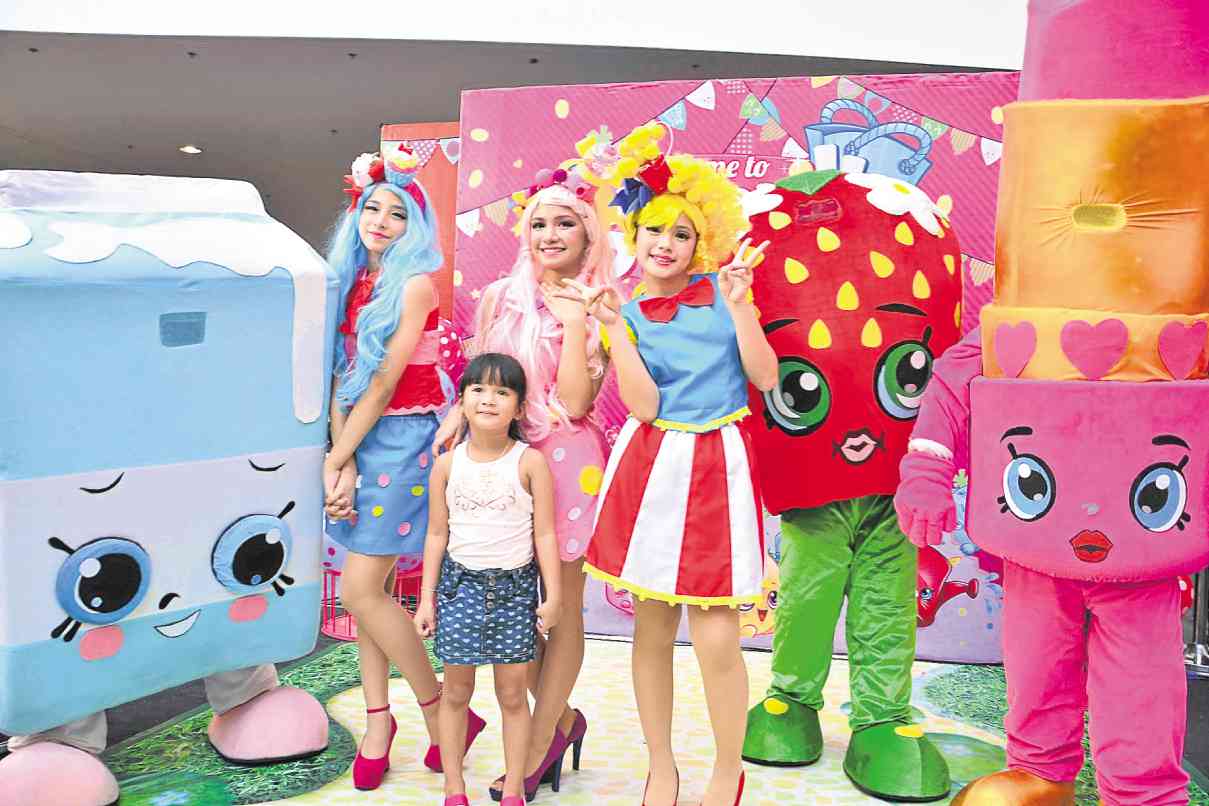 GIRLS had the opportunity to see the world of Shopkins come alive during the recent Shopkins Shopville Manila at SM Mall of Asia Atrium.

Shopkins collectible toys are inspired by items found in grocery and department stores appealing primarily to girls five and above. The brand has gathered many prestigious awards including Toy of the Year Award from Toy Industry Association in New York City. Shopkins inspires imagination and encourages social engagement.

Shopkins has also invaded the digital world with its webisode series available on YouTube and the newest Welcome to Shopville app game.

Since its Philippine launch in 2014, Shopkins has become a very popular collectible line for girls in the country.

The two-day event was highlighted by a meet-and-greet with Shopkins characters such as the Shoppies, Spilt Milk, Strawberry Kiss and Lippy Lips. Activities included Shopkins Design workshop, Arts and Crafts Studio and Swapkins Zone where fans traded characters with fellow collectors to complete their shopping list.

Also held was Cupcake Decoration Boutique where kids got to decorate cupcakes.

Fans competed for the Most Number of Shopkins Collection contest. Winners were siblings Elizabeth and Elisha Bauyon. 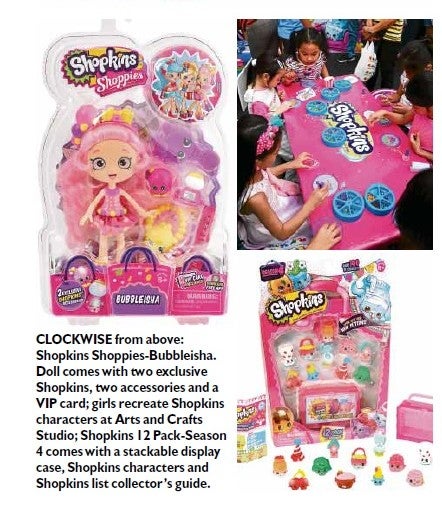