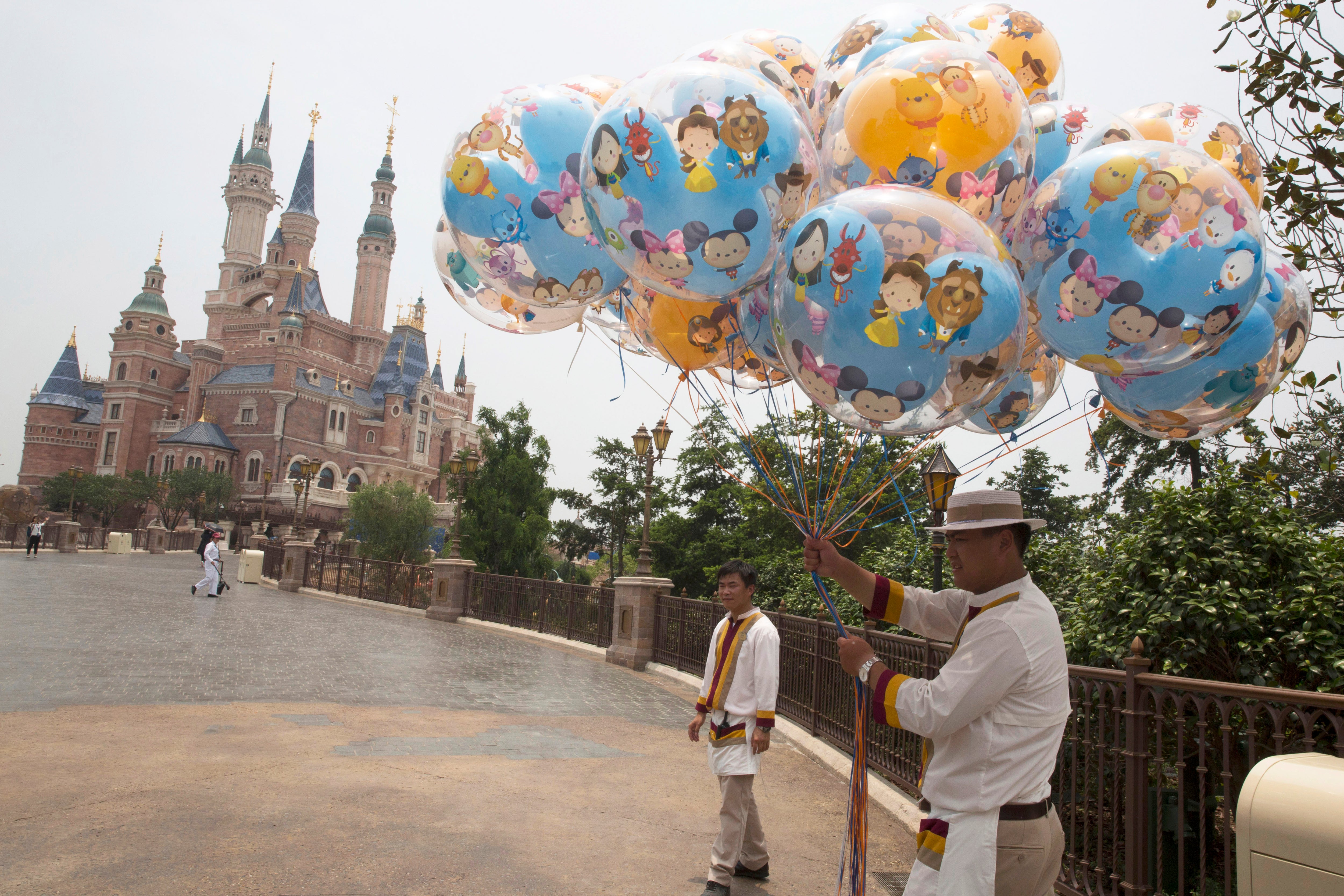 Workers prepare during the eve of the opening of the Disney Resort in Shanghai, China, Wednesday, June 15, 2016. Disney will open its first resort in mainland China on Thursday. (AP Photo/Ng Han Guan)

Disney brings its brand to Shanghai with new theme park

Workers broke ground in 2011 and the Shanghai Disney Resort now sprawls over 3.9 square kilometres on the city’s outskirts, with a fairy-tale castle and the futuristic roof of a rollercoaster soaring over the horizon.

The launch of the $5.5-billion resort, representing one of the biggest ever foreign investments in China, comes as growth in world’s second largest economy slumps to its lowest level in a quarter century.

But the world’s most populous country is simply too big to ignore, Disney chair and chief executive Bob Iger said.

“We wanted to make a strong statement. After all, this is the largest market in the world,” he told journalists the day before the park opened.

“This is by far the most creatively ambitious and technologically advanced destination that we have ever built.”

Iger himself viewed the present site for the project, which is a cooperative venture with state-backed Shanghai Shendi Group, in 1999.

Despite the economic slowdown, some changes over the past five years are in Disney’s favor: the government’s shift towards encouraging domestic consumption as the new driver of growth and relaxation of the strict “one child” family planning policy.

Disney hopes people who have seen its movies will visit the park, buy branded merchandise and later discover more of its vast entertainment catalogue with characters from Mickey Mouse to “Zootopia” film bunny Judy Hopps.

It calculates there are 330 million people living within a three-hour journey of Shanghai who are potential visitors.

Among them is the four-year-old granddaughter of Jin Wenqing, a farmer from Zhejiang province near Shanghai.

“We hope her parents can make arrangements to take her, but the ticket prices are a little high,” he said as he took photos of the girl at the fountain with Mickey Mouse as “Steamboat Willie” outside the main gate.

More than 600,000 people have visited the park alone since the soft opening in early May, according to the company, taking photos with Captain America and seeing a performance based on the movie “Frozen” among the many draws.

But there is competition for tourist cash as China builds more theme parks than any other country in the world.

One Chinese academic believes it could still take years for the Shanghai Disney park to be profitable.

“It will take around ten years for the Shanghai park to make profits overall,” said He Jianmin of the Shanghai University of Finance and Economics.

Disney has also had to fend off accusations of cultural imperialism. Days before Shanghai Disney opened, Chinese tycoon Wang Jianlin who is developing his own entertainment properties accused the US company of a cultural invasion.

But Disney denies the allegation, saying its philosophy is to integrate local elements throughout, from the first Chinese-language production of “The Lion King”, to the food and the attractions — even the Disney castle is topped with a traditional peony flower.

The massive store inside the park is selling Minnie Mouse in traditional Chinese dress, as well as a doll evoking 1920s Shanghai glamour.

The Shanghai park’s opening comes as tragedy marred Disney’s resort in the US state of Florida, after an alligator snatched a two-year-old child at the shore of a lake by a hotel in the massive complex, with police saying Wednesday the toddler is believed to be dead.

The Shanghai resort is the US entertainment giant’s sixth in the world and the first in mainland China.