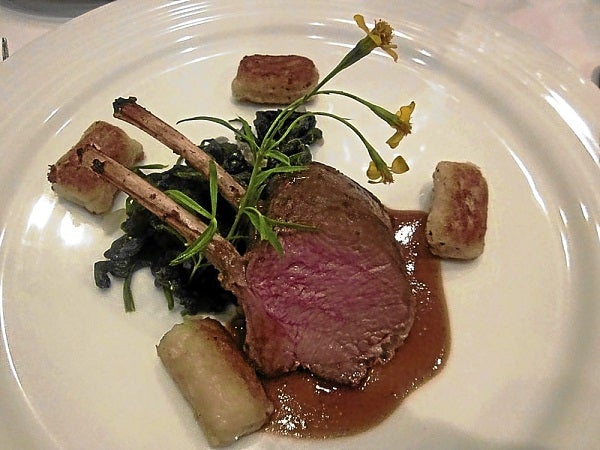 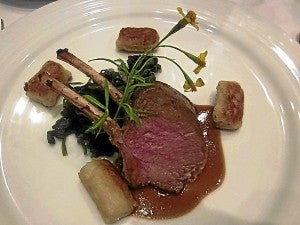 By the time they were serving the first course in Hotel InterContinental’s Prince Albert Rotisserie, my dining companions and I were all dreaming of going to Sardinia. Which was understandable, considering the way Italian wine expert, Fabrizio Mennella Carcangiu of Mennella Group Italy, had just described his hometown.

The second largest island in Italy, Sardinia lies right in the Mediterranean Sea and is blest with sunny weather and fertile soil.  Its vineyards have produced some of the best, award-winning wines such as the Contini wines that were about to be served with our lunch.

It has its distinct language, its own history and a sturdy people descended from the warriors who had fought and wiped away the Hittites in Greece during the time of Egypt’s King Ramses III.

Its name, Fabrizio further stressed, has nothing to do with “sardines” and to make this point clearer, he would rather refer to it by its local name: Sardigna.

Along with its wine-producing vineyards, Sardinia has rich pasturelands where sheep and boars can graze contentedly.  Herbs, fruits and olive trees grow in abundance and therefore have a very strong presence in Sardinian cuisine. 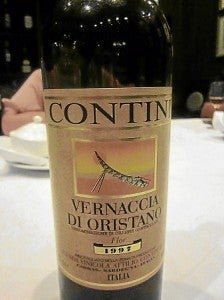 A favorite ingredient in Sardinian meals is Pecorino cheese, which is made from sheep’s milk.  It’s stuffed into pasta, sprinkled in soups and is even used in desserts.

The story goes that when the American singer Frank Sinatra tasted a slice of Sardinian Pecorino cheese, he immediately asked that a wheel of the cheese be shipped every week to his home in New York City.  As far as Fabrizio knows, Sinatra’s request was followed faithfully, the wheel of Pecorino cheese delivered weekly to New York via DHL.

Likewise the Sardinians are very proud of their tomatoes.  “It is juicier and sweeter than other tomatoes,” Fabrizio said, and it’s something Italy’s northern cities have to import from Sardinia since tomatoes don’t naturally grow in their land. Luckily for us in the Philippines, Fabrizio now imports canned Sardinian tomatoes to Manila under the brand name Casar.

Sardinia’s proximity to the sea has also made seafood a mainstay in the people’s cuisine.  Aside from red mullet, tuna, eel and scallops, Sardinia is known for bottarga, the fish roe sometimes referred to as Sardinian caviar.

On the other hand, Sardinians also know how to enjoy their meats.  One of their festive dishes is suckling pig rubbed with herbs such as mint and myrtle then roasted in a spit, much like the Filipino lechon.  Sometimes shepherds would dig into the soil, place the pig in the cavern, then cover the ground with charcoal and let the heat of the charcoal slow-cook the pig.  It’s somewhat like roasting the pig in a makeshift oven dug out of the earth.

Despite the languid life in the islands, the traditional Sardinian cuisine is seldom prepared these days, Fabrizio said.  That’s because its preparation is laborious, involving long, tedious hours and a battalion of ingredients. 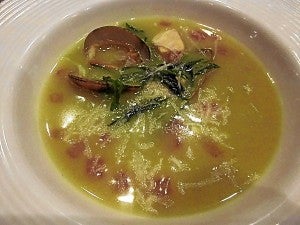 He remembers sitting down to family meals that would last six hours. First there would be plates of olives, cold cuts and seafood appetizers.  Then there would be pasta, lobsters, other types of seafood and tinier versions of gnocchi made from durum wheat.

Desserts would be just as lavish, and, of course, all of these would be accompanied by the appropriate varieties of their beloved Sardinian wine.

Our lunch at Prince Albert that afternoon didn’t last that long but it was enough to give us a sumptuous taste of Sardinian cuisine.  We started with Mullet and Scallop Ceviche, mullet being a prized fish in the islands.

Unlike other kinds of ceviche, both the fish and the scallops were marinated not in vinegar but in lemon juice, which was probably why its sourness was subtler and not as acidic.

Next came the Zuppa di Pesce alla Sarda with Fennel, a soup of mild seafood broth, with mussels, fish fillets and clams cohabiting with bits of tomatoes.  Grated Pecorino cheese added a much welcomed layer of flavor. Based on the recipe of Fabrizio’s mother, it was soothing even on a warm, sunny day.

Our main course was Slow-Roasted Rack of Lamb that had been marinated in garlic and rosemary, decorated with stalks of tarragon flowers.  Imported from Australia (not Sardinia), the lamb had a very clean taste that was flavorful enough in itself, although the surrounding ragout did contribute its own enhancement. 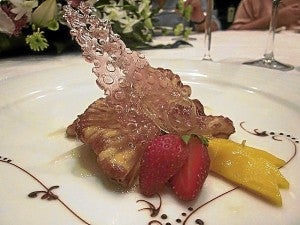 Encircling the lamb were gnocchi, cooked to a slightly crunchy texture and stuffed with grated Pecorino cheese.  The flavor combination of cheese and pasta was so rich and pleasing that it could very well stand up to the succulence of the lamb.

It’s a good thing I like the mild (not sharp) flavor of Pecorino cheese because it was present once more in the dessert, as a filling for the sticky fritters called Seadas.  Laced with honey and candied lemon peel, Seadas are a traditional Sardinian dessert. The InterContinental kitchen, however, embellished it with pretty garnishes of transparent sugar shards that resembled bubble wraps, fresh strawberry slices and swirls of chocolate.

The people of Sardinia are reported to have long life spans, with more centenarians living there than in any other Italian region.  If this is the way the Sardinians eat, no wonder they live to be a hundred.

Until Nov. 30, Prince Albert Rotisserie at Hotel InterContinental is serving a four-course meal of Sardinian cuisine with award-winning Sardinian wines at lunch and dinner for P2,500++ per person.  On Nov. 24, Italian winemaker Lorenzo Zonin will be present to discuss the merits of the featured wines.  A four-course set dinner menu with wine pairing will be offered at P2,500 net per person, inclusive of welcome drink at 7 pm.  Dinner follows at 7:30 pm.  Call 793-7000 for reservations.