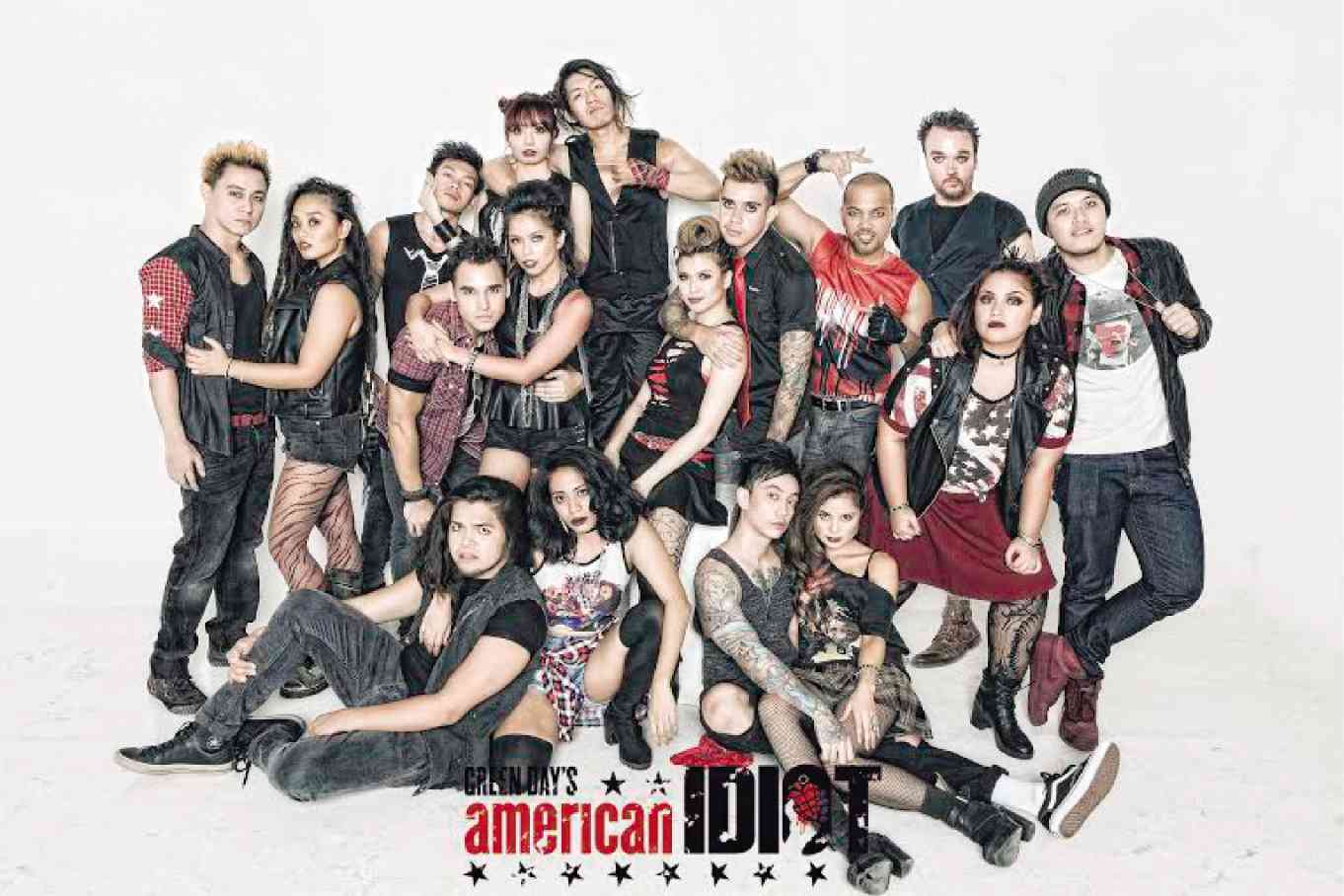 THERE’S more than one way to skin a cat, just as there are quite a few ways to enjoy music.

A personal favorite is to catch bands perform live in big concerts or in intimate gigs. It’s also nice to listen to songs randomly on the car stereo, or an entire discography, album by album, during a long drive.

Some prefer music blaring on loud speakers or at some party, while others love old-school home listening on vinyl. People on the go listen to music in admittedly the most convenient—although not necessarily the most pleasurable—way possible: by streaming tunes on mobile devices.

Theater, on the other hand, adds a different dimension to how we consume music, especially when an entire production is built around the work of a particular band or artist. Traditionally, songs are written to complement the story, not the other way around.

It’s a big deal when Billie Joe Armstrong himself cowrites a musical play based on Green Day’s most ambitious body of work, and a greater deal when the show becomes a success on Broadway.

“American Idiot,” the musical, premiered in 2009 at Berkeley Repertory Theater in California. It has been shown on Broadway and at West End, and has toured in Canada, Europe, Japan and South Korea. In a nutshell, it’s a sung-through, expanded adaptation of Green Day’s Grammy award-winning, politically-charged album of the same name.

The album garnered substantial attention for valid reasons. “American Idiot” was a reflection of Armstrong’s antipathy of the government at the time it was written, an outcry against the political situation and the social dysfunction it inflicted on society.

The album’s steady narrative flows through all 13 tracks, some longer and more winding than others, and focuses on the central character, Jesus of Suburbia. While it received mixed reviews from critics, the album was seen as a pivotal point in Green Day’s career, as it became a showcase of the band members’ evolution as songwriters and musicians. It proved that these punk kids who gave the world “Basket Case” and “Longview” have all grown up.

“American Idiot” was a comeback album for Green Day following two less successful releases. If you’ve listened to the album, then you must see the show—“American Idiot” the musical is coming to Manila.

The cast is an interesting mix of seasoned actors and some of Pinoy rock’s young talents led by former Rivermaya vocalist and “The Voice Season 2” finalist Jason Fernandez, Chicosci frontman Miggy Chavez, as well as theater actor Nel Gomez, who was recently seen in 9 Works Theatrical’s production of “Grease.” Wolfgang’s Basti Artadi stars as the sinister St. Jimmy.

So, did these rock stars ever really listen to Green Day prior to being part of this production?

“I did not gravitate toward ‘Dookie,’ which everybody liked,” says Artadi, “but when ‘American Idiot’ came out—and I’m not just saying this because it’s a play we’re doing—this one appealed to me. When I heard the songs in the album, I did enjoy them.”

Artadi is not new to theater, having played the lead role in Atlantis Productions’ “Jesus Christ Superstar” 15 years ago. He’s been in the music scene even longer—Wolfgang celebrates its 23rd anniversary this year.

While it took him a while to adjust to his theater debut in “Jesus Christ Superstar,” Artadi says embracing his role on “American Idiot” came more easily.

“Robbie—it’s the first time he’s directing me, he was actually in our cast on ‘JC’—has a more laid-back approach,” Artadi points out. “There’s a lot of laughing, a lot of smiling, which helps you develop and move along.”

After “Jesus Christ Superstar,” Artadi was invited to do other musicals in between, but “American Idiot” was the only production that appealed to him.

“The reason I’m doing this is because I want to expand my borders, learn from other people, and I want to see how far I can stretch myself as an artist and a musician before falling flat on my face. Another thing is, I’m trying to have as much fun with this cast and—it kinda sounds cliché, but—learn from them, too, because there’s so much talent in the cast.”

“American Idiot” is directed by Robbie Guevara, with Sab José as assistant director. The producers are 9 Works Theatrical’s Santi Santamaria and Globe’s Joe Caliro. This is the first time that Globe is co-producing—and not just sponsoring—a musical play.

“It’s not about the money, it’s about introducing people to theater like they’ve never seen it before,” says Caliro.

“American Idiot” will be shown at the open-air stage of Globe Iconic Store in Bonifacio Global City, a glass bridge connected to two separate buildings flanked by two LED screens on either side. It will be converted into a parkour-inspired set, according to Santamaria.