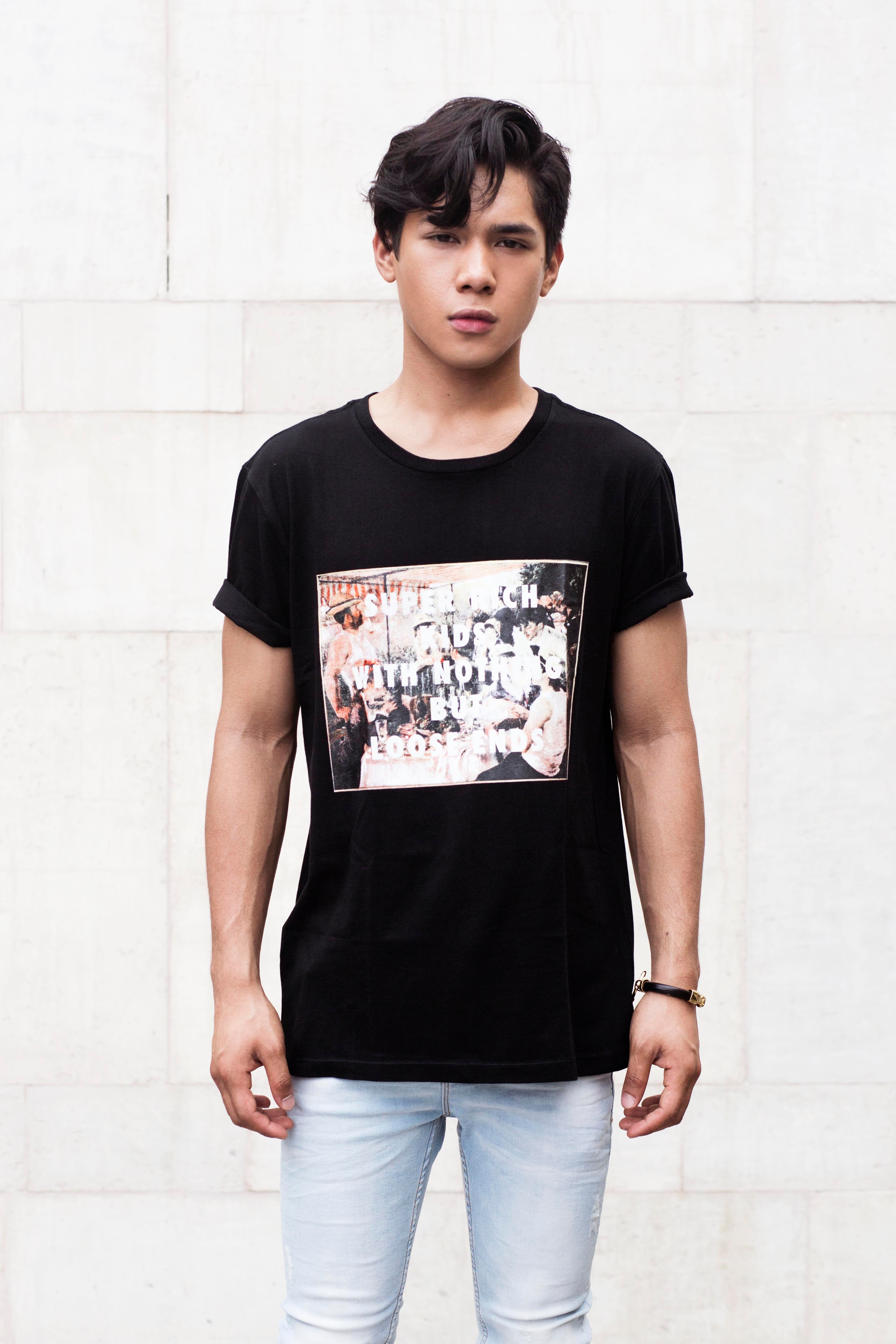 “IT IS the marriage of the finer things in life—hip-hop and art.” This was the description by Toni Potenciano and Gisella Velasco of their brand, Fly Art.

Fly Art juxtaposes artworks with hip-hop and R&B lyrics. It has become a fashion brand recognized here and abroad. “The concept is the tension of young and old, classic and street, and how the two work well together,” Potenciano and Velasco said.

The project began as a personal blog on Tumblr in December 2013. The blog quickly built a large following, capturing the attention of other bloggers and even local and international celebrities, who began to share the posts.

Fly Art began to sell posters of their works, and to license their designs to Rad.co, an e-commerce company in France. The designs were then printed on tanks, tees and sweaters. The brand grew as Rad expanded its shipping to include the US and the UK.

This brand, which had already been featured on notable publications such as Complex, Hypebeast and Billboard Magazine, gained greater fame as celebrities such as Kylie Jenner and “Blue is the Warmest Color” actress Adèle Exarchopoulos  were photographed wearing Fly Art.

Over 10,000 units have been sold through Rad.co, which exclusively distributes to the US and parts of Europe. Locally, the brand retails its products at Common Thread.