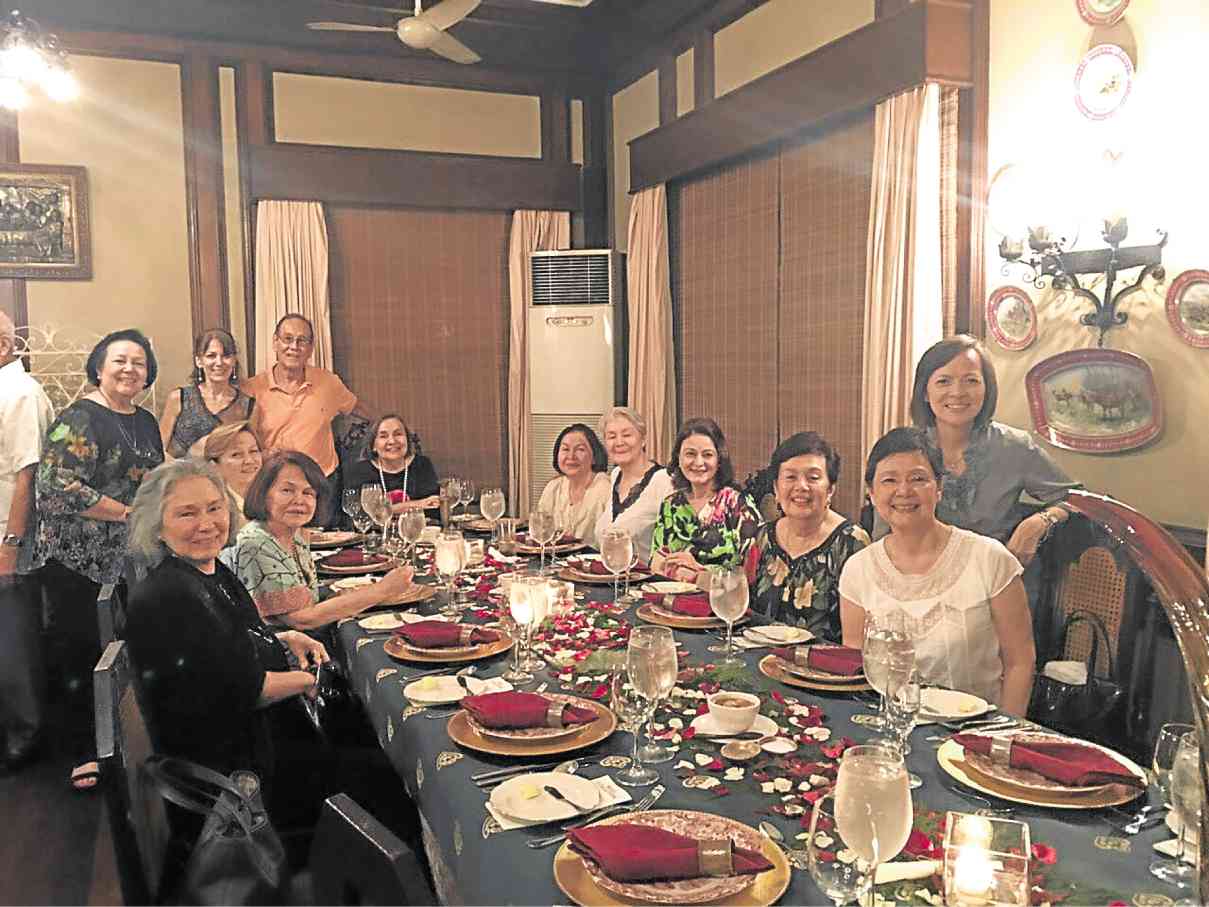 There goes the neighborhood

To be sure, it has nothing to do with the departure of the old tenant and the arrival of the new one at Malacañang; but just the same, the old neighborhood as we know it is going.

Its genteel lifestyle has been going for a long while now, along with the compounds of grand homes on San Rafael, the street where once lived such old-rich, close-knit families as the Legardas, the Aranetas, the Valdezes and the Prietos.

My own Roces clan’s link to these families had been established by affinity toward the end of the 19th century with the marriage of my grandaunt Filomena Roces to a Legarda; she was everybody’s Lola Menang, the eldest sibling of my paternal grandfather, Rafael, second to the youngest in a brood of two girls and five boys.

Many of the old homes have been sold, except for the well-preserved Prieto mansion still occupied by the third generation, and the stately art deco home originally built and owned by Lola Menang until she passed it on to her son Tito Mandu, Dr. Alejandro Roces-Legarda, married to Ramona Hernandez, the great cook Tita Moning, whose parties stirred up such anticipation no one missed it for the world.

When their children moved out of the house, it was converted into a restaurant, called Tita Moning’s, which offered her famous dishes and a tour of the house full of memorabilia of a different era.

Eventually the impossible and impractical task of maintaining an old house and restaurant with its aging staff made them decide to close it and sell the house, once and for all.

A despedida for the house was planned for all the cousins who had lived in the neighborhood or had frequented the place. It, therefore, came as no surprise that the cousins came in full force to the going-away party, for which Suzette Legarda, a chef in her own right, prepared all the famous dishes from Tita Moning’s recipes.

It was no easy task, as Suzette herself declared on that farewell night, “This has been the most challenging assignment in my life!” But all were in agreement she had done us and, more importantly, her Lola Moning proud!

The party began with cocktails and canapés in the lush but manicured garden, the very same garden where parties in the olden days were held. Shortly we were called upstairs and given our last tour of the house, guided by an elegantly uniformed maid.

We filled two formally set tables, each seating 16. On the dining room walls still hang part of a set for 36 of exquisitely German-hand-painted china by Meissen. The set had been made especially for Lola Menang; no two plates had the same design. It was divided into three sets for 12 and distributed to her heirs.

Sopa de ajo was served by uniformed maids who, if not from the second- or third-generation crews of Tita Moning’s, were trained by them. As in the old days, they addressed us señorita or señorito.

But after soup, we señoritas and señoritos were called to the buffet to get our own food. Seeing all of Tita Moning’s famous dishes so arrayed was indeed impressive, but knowing it was the last time we’d enjoy them, and enjoy them in her own house, left us all feeling nostalgic.

While dessert was being served at the table with coffee or tea, the two babies of their own clan, Peachyboo Prieto and Ramon Legarda, took the cue to indulge us with funny stories and fond memories of impromptu fun like piling into Tito Mandu’s car at night in their pajamas to be driven around the old neighborhood by his old driver, Tommy, and other such foibles of youth.

Walls between their homes couldn’t keep these cousins apart, not when each house had gates that allowed access to one another. But we have it on the good authority of our male cousins that it was at the Prieto compound where “all the action was.”

Typical of our parties, this one started early and ended early. Before leaving, everyone was given a Tupperware container for leftovers, which may be regarded as tacky by some, but in our family, it is as much a family tradition as our long goodbyes.

And never have these two habits been more appropriate than on the night of the last hurrah for Tita Moning.

It is heartwarming to remember the gentler days of our grandparents, but there’s no denying times have indeed changed, for better or for worse.

I’m afraid their delicate hearts would have been broken by some of the changes for the worse. Their time, after all, is past, and so perhaps is that of the Legarda house, a time and place of gracious living, of sharing ancestral homes with grandparents and parents and growing up with cousins who eventually became the closest of friends forever.