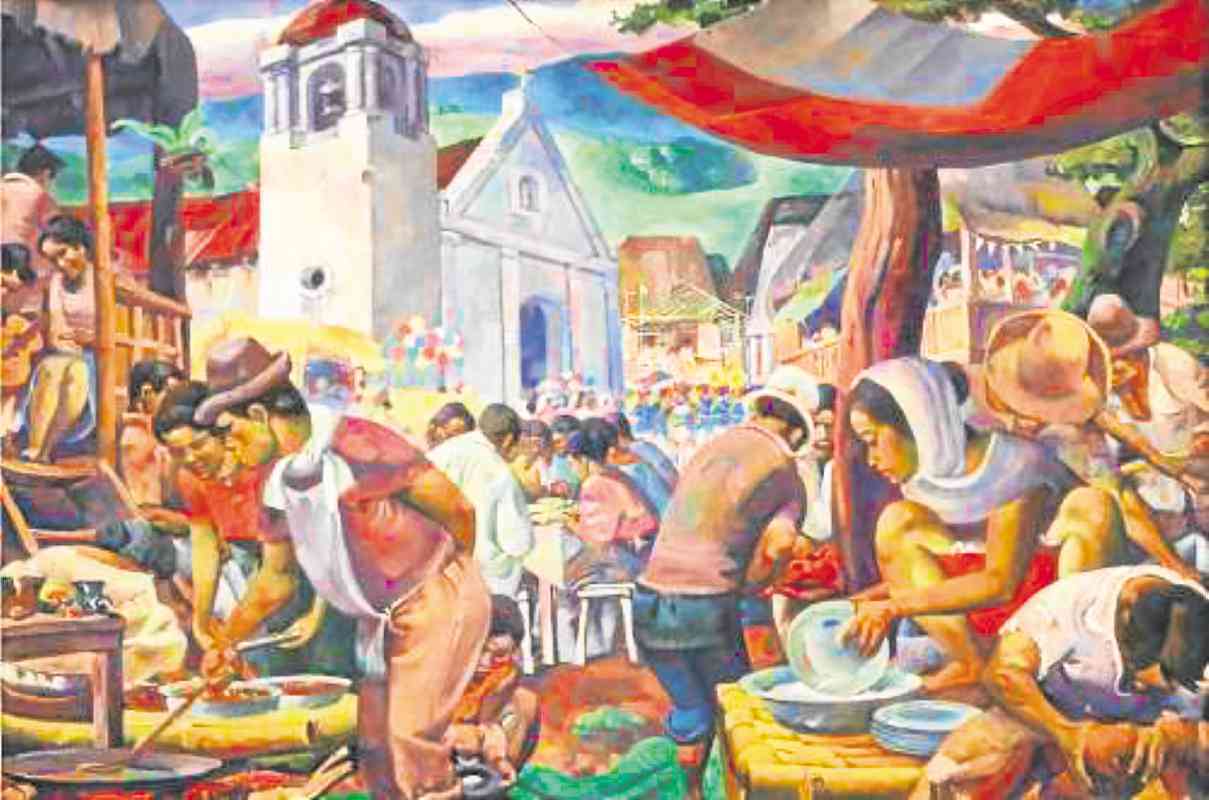 ARGUABLY the most important auction of León Gallery, “Spectacular Mid-Year Auction 2016” saw for the first time in history an artwork by National Hero José Rizal put on the auction block.

After fierce bidding, Rizal’s “Jabali,” a small sculpture of a wild boar made of plaster, was sold for a staggering P16.35 million.

Nena Saguil’s 1953 oil-on-wood “Barrio Mother and Child,” a rare representational work from the abstractionist master, was sold for a whopping P14.02 million.

Also a noteworthy piece was Ang Kiukok’s 2004 oil-on-canvas “Harvest,” created just a year before the artist’s death in 2005. It was sold for P17.52 million.

Andres Barrioquinto’s 2016 oil-on-canvas “The Kiss,” which explores the mind’s garden at the instance of a kiss, was bought for P9.11 million.

Ronald Ventura’s 2001 oil-on-canvas “Void,” considered one of the most important works of the artist, fetched P8.18 million. In the painting, the male nude is in motion, seemingly running away into a darkness where his head disappears.

Onib Olmedo’s 1992 “Concert in the Alley (Concert dans L’lmpasse),” ink wash on paper mounted on board, was sold for P3.74 million.

Mauro Malang Santos’ 1992 oil-on-canvas “Tres Marias,” which uses colors to indicate form rather than recognizable forms themselves, was sold for P6.42 million.

The Hizon Aparador, from the second quarter of the 19th century, was sold for P1.05 million.

Social historian Martin Imperial Tinio Jr. says the Hizon Aparador is one of the major pieces of furniture in the Antonio Bantug Collection. It was acquired by him after the Liberation of Manila in 1945.

Nazareno in Virina, from the first half of the 19th century, was sold for P3.27 million. This particular piece has ivory face, hands and feet attached to a wooden mannequin clothed in gold-embroidered velvet.