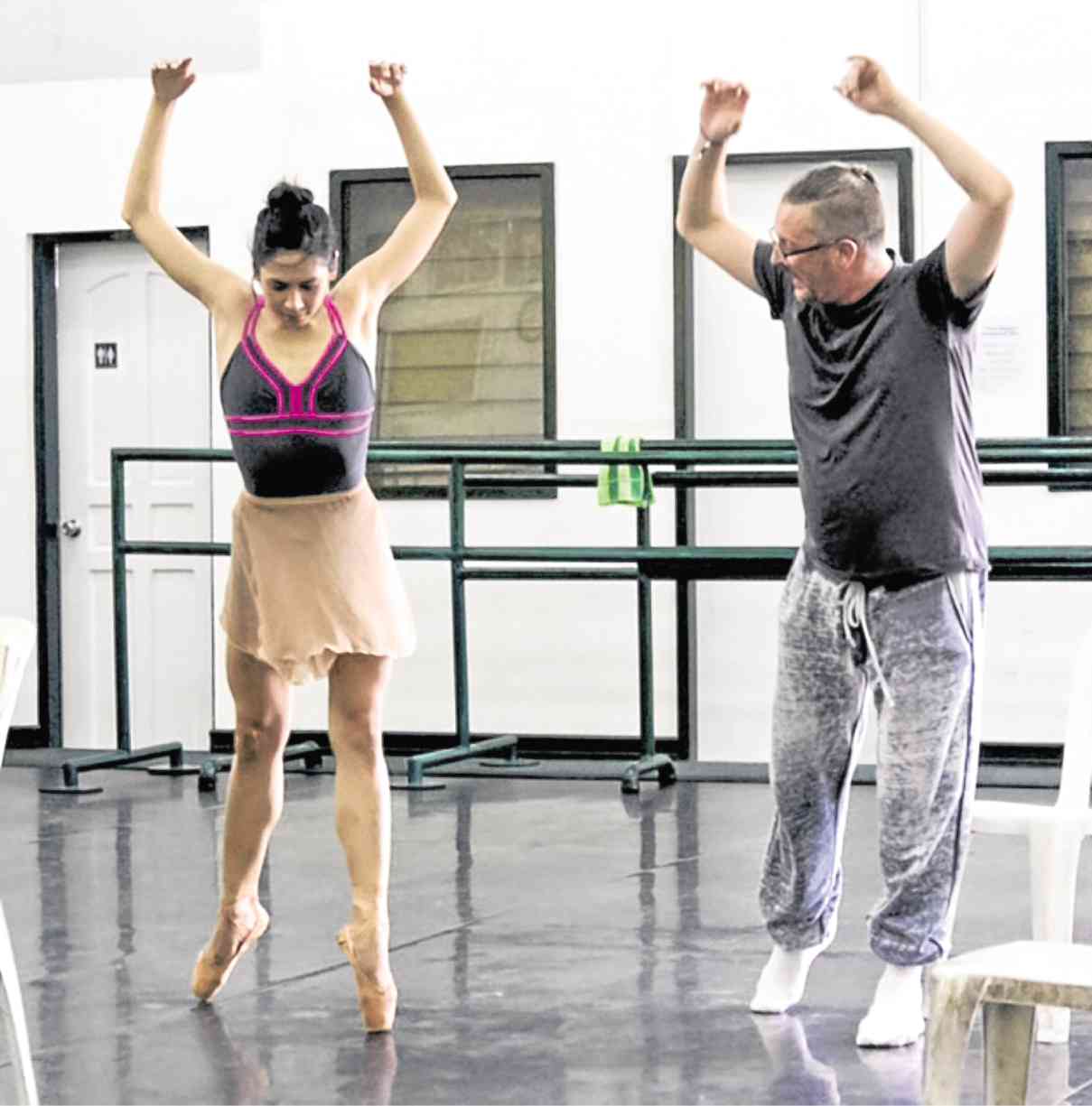 PRIZE-WINNING Filipino ballerina Christine Rocas, one of the brightest stars of the Joffrey Ballet, is back to perform at the first “Dance.MNL” festival, a biennial event focused on uniting and celebrating the Filipino dance community.

Spearheaded by the country’s foremost ballet companies (Ballet Philippines, Philippine Ballet Theatre and Ballet Manila), “Dance.MNL’s” week of performances kicks off with “The Winners’ Circle,” a unique gala concert bringing together a rare sampling of the many Filipino dance artists who have won recognition and awards for their country.

The evening also sets the stage for the world premiere of Martin Lawrance’s “Amid Shadows,” which has been especially choreographed for Rocas as a gift from her mentor, BM artistic director and prima ballerina Lisa Macuja-Elizalde.

Inspired by the worldwide celebration of The Bard’s fourth centenary, British choreographer Lawrance felt that the popular comedy would provide an interesting conflict of personalities that would allow him to showcase the distinctive abilities and physical attributes of his artists.

While he has choreographed two earlier pieces for BM, it is the first time he is working with Rocas.

“She is an absolutely beautiful dancer,” he said of the willowy ballerina. “She fits perfectly into the role and brings a lot of magic into it.”

“All five dancers are individually talented, and it’s very inspiring to work with them,” he added. “I’ve allowed them to participate in the creation process, and they push me to do things I would not normally do as a choreographer, just as I push them to go beyond their comfort zones as dancers. We work in a very harmonious atmosphere of mutual respect.”

Rocas said performing in Manila as a way of spending what should have been her off-season vacation was definitely time well spent.

“It’s always nice to come home and share what I’ve learned, but at the same time, to go back to my roots and remember my early training,” said the ballerina, who received her formal instruction exclusively from BM since she was 10. “Granted that I’m now a very different dancer from when I left, every time I return and go through the same process that I grew up with, it always brings me back. It always feels like home.”

As an artist of the Joffrey Ballet, Rocas has performed major roles in many productions. Just last month, she took the lead in a revival of Sir Frederick Ashton’s full-length ballet “Cinderella” for the company’s 60th-anniversary celebration.

During her years with BM, Rocas participated in several prestigious international ballet competitions.

In 2003, she received a finalist certificate in the Junior Division of the 9th Asia Pacific International Ballet Competition in Tokyo, Japan. The next year, she went to the Aberdeen International Youth Festival in Aberdeen, Scotland, as a full scholar.

Then in 2005, she made it to the junior division semifinals at the Helsinki International Ballet Competition.

The turning point in her life as a ballerina happened later that same year, when she brought home a silver medal from the New York International Ballet Competition, besting 26 other dancers from 19 countries in the women’s division.

Since the gold medal was not awarded, Rocas in effect won top honors and was also given the Arpino Award, which came with a one-year contract with the Joffrey Ballet.

At first, the then 18-year-old Rocas was hesitant about moving to Chicago but was encouraged by her “Teacher Lisa” to give it a try. She has since completed 11 seasons with the company.

Aside from “Amid Shadows,” Rocas will also perform a solo modern piece choreographed for her by good friend Francisco at the “Dance Diaspora” concert on June 25, as well as in Bam Damian’s “Romeo and Juliet” (opposite BM’s Alfren Salgado) for the “Ballet Filipino” night on June 26.

“The Winners’ Circle” will be mounted on June 21, 8 p.m., at the CCP Tanghalang Nicanor Abelardo, as part of the ongoing “Dance.MNL” festival. Tickets are available at TicketWorld Manila online at www.ticketworld.com.ph or through 8919999.