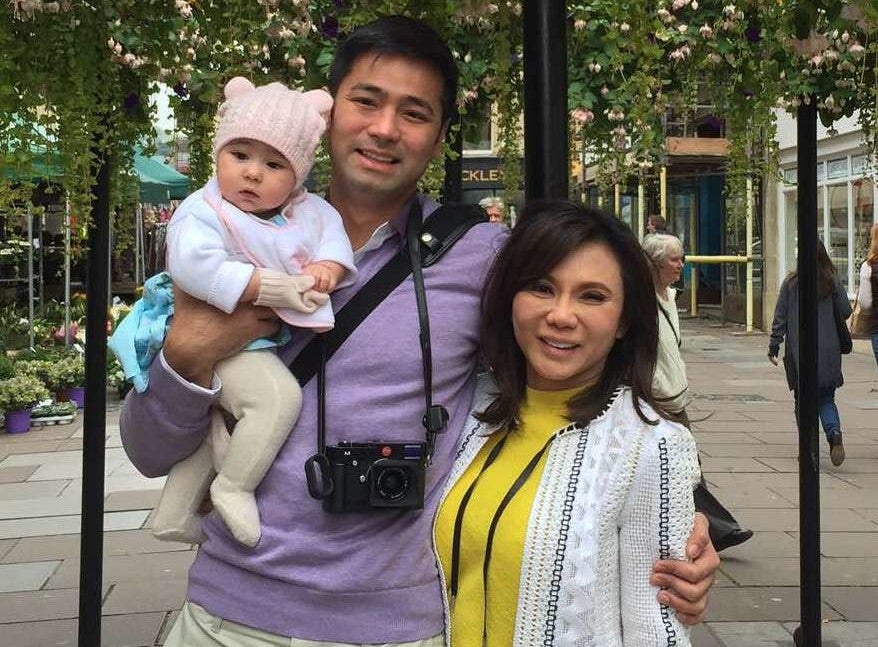 THE FAMILY on holiday in Bath, England. COURTESY OF HAYDEN KHO

Scarlet Snow is ‘100 percent our baby,’ say Hayden and Vicki

After the Inquirer Lifestyle story, “Why Vicki and Hayden decided to have a baby” (May 18) went viral (May 17, inquirer.net), people can’t seem to get enough of Scarlet Snow—she is that cute.

READ: Why Vicki and Hayden decided to have a baby

Some say she looks like her father, Dr. Hayden Kho, the handsome partner of Dr. Vicki Belo. Others say she has the eyes of Cristalle Belo Henares, Vicki’s daughter.

Indeed, 14-month-old Scarlet has the features of her celebrity parents.
People are curious about the details of her birth—since Belo didn’t get pregnant. The dermatologist, who single-handedly turned beauty treatments/procedures into a national upper- and middle-class habit, told Lifestyle a couple of years back that, sometime ago, she and her partner Kho decided to have a baby, so they resorted to in vitro fertilization.

In 2014, they tapped a surrogate mother in the United States.

Hayden clarified reports that came out (not in Inquirer): “Contrary to earlier reports, Scarlet Snow’s surrogate mother is just the carrier and has no genetic input. Also, contrary to other reports, we [Hayden and Vicki] actually met with and, in fact, even stayed in the surrogate’s home in the United States.”

The couple stressed to Lifestyle that “Scarlet Snow is 100 percent our baby.”

Look at her, and how can you not swoon? TVJ