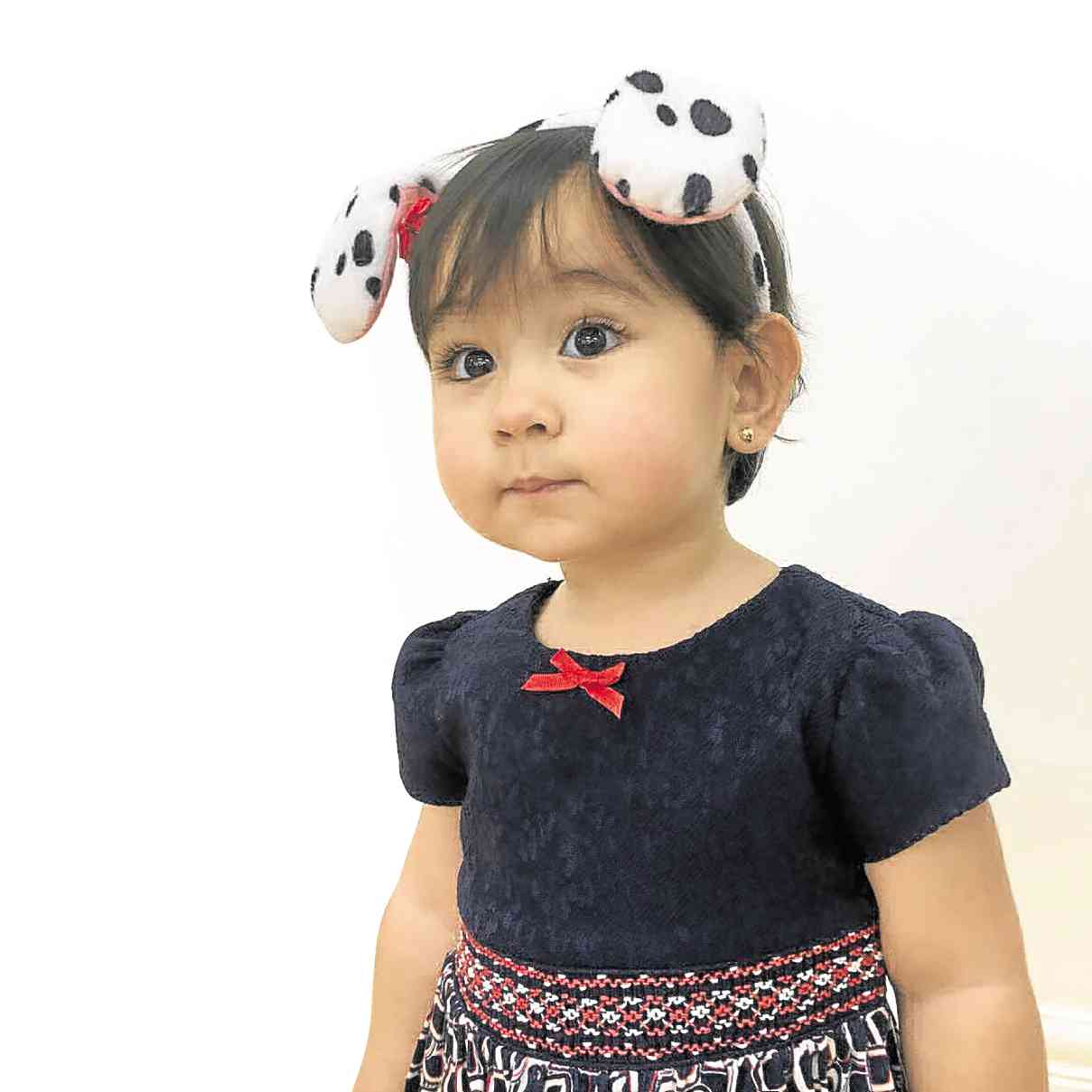 Filipinos have a soft spot for celebrities. Scarlet, now the face of her mother Vicki’s Belo Baby product line, took it a step further by being the first local social media sensation on account of sheer and effortless cuteness.

Comments about her posts usually include the words “cute” and “adorable.” Fans dream of giving her chubby legs a bite out of “gigil.”

One-year-old Scarlet is the daughter of trailblazing dermatologist and businesswoman Dr. Vicki Belo (504,000 IG followers) and partner Dr. Hayden Kho (170,000 IG followers). Not surprisingly, Scarlet’s photos started showing up in her parents’ IG accounts around the time Kho broke the news about his daughter on Facebook.

Fans note the little girl has clearly inherited her folks’ intelligence. In fact, she is already into reading lessons for very young children, as well as swimming, gymnastics and music.

A short video on IG that has had more than 240,000 views shows Scarlet intensely scrutinizing the photos of a magazine, her two hands holding the pages with a firm grip. While her curiosity is clearly unfeigned, distracted admirers focus on her long lashes.

Many of Scarlet’s posts show her with her dad, and followers are quick to point their resemblance—the wide-eyed expression, upturned brows, fabulous lashes and rosy lips.

There are also shots showing Scarlet with big sister Cristalle Belo Henares as well as celeb chums like Piolo Pascual (who played nanny while they were in London last year) and godmother Jodi Sta. Maria.

One very celebrated photo shows Scarlet, her back turned to the camera, reaching up to touch the nose of Belo’s ex-husband, “Papa” Atom Henares, while Belo’s ex-father-in-law, “Lolo” Larry Henares, points to man and child with a look of mock outrage on his face.

“I love having a big family,” the caption’s first sentence reads. Followers immediately seconded with remarks about how Scarlet’s blended family basks in “love and respect.”

One heartwarming thing about Scarlet’s IG posts is how her followers openly share her parents’ joy in having a beautiful daughter—celebrating her innocence and God’s kindness in blessing Kho and Belo with a lovely angel at this point in their relationship.

Many followers also include prayers for Scarlet and her parents in their comments.

Belo previously told Inquirer Lifestyle that having Scarlet was a mutual decision after she and Kho agreed to stay together “for life.” The baby has already further strengthened their bond. The impact of her presence on social media is just an enjoyable, though unplanned, bonus.