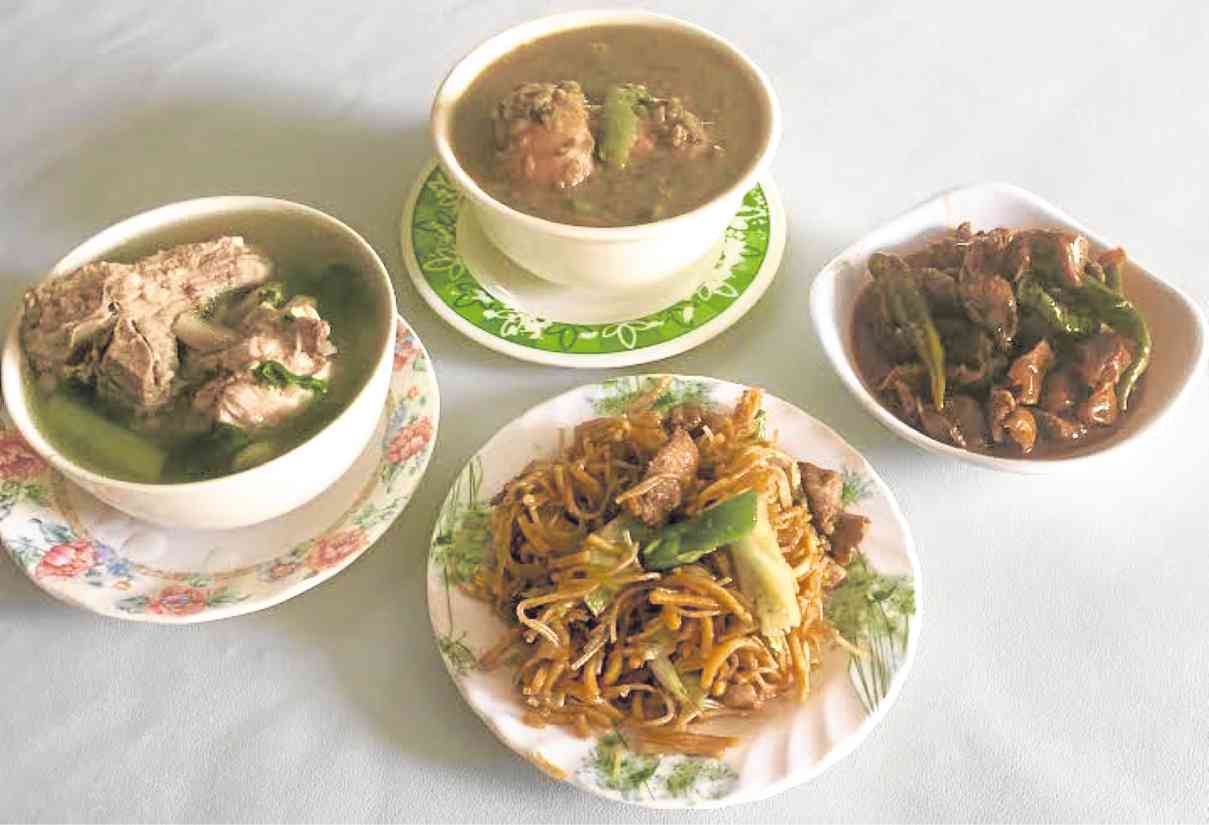 RECENTLY we sat as juror at the Davao Culinary Cup, organized by the Les Toque Blanches (LTB) and Pastry Alliance of the Philippines. It was part of the World Food Expo.

The event, under the chairmanship of LTB Davao Chapter president Sally San Jose, was a success.

Our host, along with folks from the Department of Tourism, took us to an interesting mix of dining spots.

A memorable stop was Sana’s Kabawan Carinderia (“carabao eatery”). We were warmly greeted by the owner, Proferia Valles, fondly called “Sana,” Boholano for woman. (A native of Hagna, Bohol, she migrated to Davao in the 1980s.)

She demonstrated how to cook President-elect Rodrigo Duterte’s favorite tapa. “He has been eating it here since he was a fiscal (prosecutor),” she said.

The walls of Sana’s restaurant were adorned from top to bottom with photos of the Duterte family, whom she described as very simple and kind.

We watched her put a kilo of “carabeef” in a pot of water with salt and cook it until it was tender. She suggested that we use lomo.

The carabeef was sliced into thin strips, and then marinated for at least an hour in 1/2 cup vinegar, 1/2 cup lemon juice, salt, pepper and vetsin to taste.

Sana instructed us to deep-fry the carabeef in small batches, while constantly stirring the mixture to shred the tender meat.

Sana said that Duterte would pair the tapa with a hearty bowl of hinalang—spicy carabeef soup or balbacua.

Thrunks Place is also a favorite of the President-elect, a neighborhood eatery just outside the village where he lives.

Owner Ermelita Garcia Castanieto likewise had nothing but kind words for Duterte: “There is no one like him. He cares about us.” With tears in her eyes, she added: “I wish him the best.”

Castanieto was meticulous. I learned that she had no previous knowledge in the kitchen. She came to conquer the stove by necessity, when her cook left her without notice.

She boasted using only the best ingredients, though she buys her meats from the mall. It was visually evident that she took pains to prepare her food.

Each viand looked appetizing. So much so that when she brought Duterte’s top choices, I opted to have brunch, only 45 minutes after I had breakfast.

Asked why Duterte liked her food, she replied, “You taste and judge.”

The mongo with pata was well done, its taste could be the definition of comfort food.

Castanieto said that at Thrunks, Duterte would also indulge in pinakbet, gizzard, pancit and pork rib soup with taro.

She cooked them all for us with perfection, the dishes blending smoothly on the palate with no aftertaste.

Her little resto had CCTV cameras, which she noted was the best way to safeguard her food.

She made it a point to look presentable. Flashing her nails, she said, “We all have to be clean, bathed, and our nails scrubbed by the time we serve our guests.”

After sampling some of Duterte’s favorite dishes, I surmised that he has a discerning palate. He loves local flavors; he preferred them tasty, well-prepared and perfectly seasoned.

If you are Davao-bound anytime soon, visit these Duterte food hangouts:

Chippens Restaurant, Roxas Blvd. (The lumpiang shanghai is great. It can be frozen for pasalubong).