How Peta is gearing up for its golden year | Inquirer Lifestyle ❮ ❯ 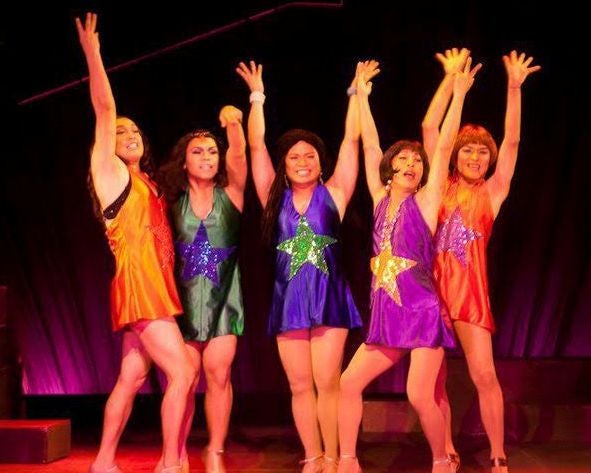 How Peta is gearing up for its golden year

The iconic drama company Philippine Educational Theater Association (Peta) turns 50 next year, and will celebrate its golden anniversary with a restaging of its hit musical “Care Divas,” and of a slew of plays, concerts, musical revues and advocacy dramas.

This year, to mark its 49th anniversary, Peta is restaging for the fifth time its monster hit “Rak of Aegis,” to run for 82 shows from June 17 to Aug. 28 at Peta Theater Center, Quezon City.

“Care Divas” in January 2017 signals the start of 50th-anniversary celebrations.

It is the story of five Filipino gay men in Israel who are caregivers by day and drag queens by night.

Lovers of musical theater are in for a treat midyear with a showcase of original songs from Peta plays through the decades, as interpreted by noted singing actors. An anniversary CD will also be launched.

There will be a nostalgic return to the Rajah Sulayman Theater in historic Intramuros, Manila, the original home of the company for many years.

The event, titled “Living Voices,” will feature a retrospective of outstanding plays originally staged in that open-air venue, and Peta alumni will share their live testimonies.

The celebrations will be capped by “Festival of Windows,” a showcase of the best practices in the field of advocacy theater, of which Peta is a pioneer, with local and international partners in attendance.

“Anyone who is into theater knows how difficult and challenging it is to do,” says Peta president CB Garrucho. “But after every performance of ‘Rak of Aegis,’ after the audience files out, you see unmistakably that spark in their eye. That spark is always there. Sulit ang hirap (our hard work is reward).”

She adds: “We don’t just present plays. We also teach. We do outreach, interact with communities, women and children, so that there will be fewer victims when a supertyphoon like ‘Yolanda’ strikes, for example. This is what we do. And so for the next 50 years, we hope to do more stories to move and inspire people.”