‘Oh, what a night!’: ‘Jersey Boys’ to get a brand-new version in Manila | Lifestyle.INQ ❮ ❯ 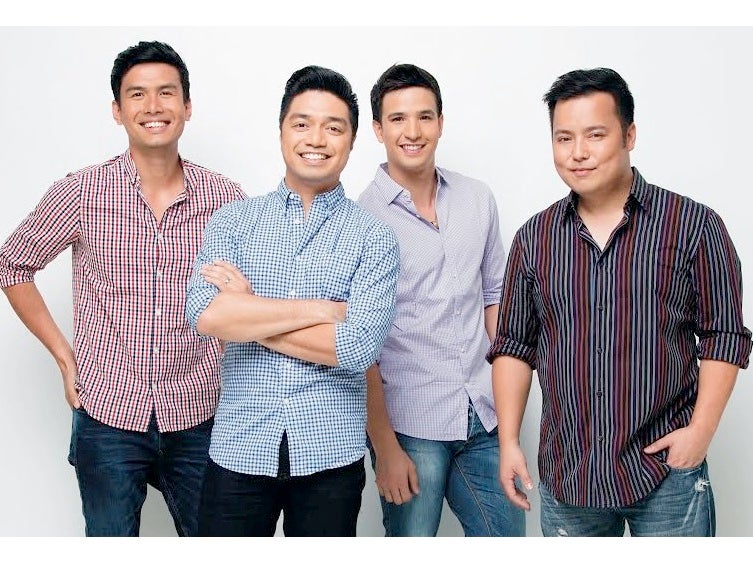 ‘Oh, what a night!’: ‘Jersey Boys’ to get a brand-new version in Manila

How to turn contemporary artists—the likes of acoustic-pop royalty, swoon-worthy romantic balladeers, as well as a powerhouse rock musician whose kin are among OPM legends—into a ’60s doowop boy band for theater?

Trust Bobby Garcia, seasoned stage director and cofounder of Atlantis Theatrical Entertainment Group (Ateg), to have a unique formula for rounding up a falsetto-and-harmonized-quartet for the Atlantis production of “Jersey Boys” in Manila, which runs Sept. 23-Oct. 16 at Meralco Theater in Ortigas.

The musical, about the rise and fall of The Four Seasons—the Frankie Valli-led band whose popularity in the 1960s preceded that of The Beatles—sets an Atlantis milestone as the theater group’s 40th production.

Hence the gathering of Atlantis stars—Nyoy Volante (“Rock of Ages,” “In the Heights”), Christian Bautista (“Ghost The Musical”), Markki Stroem (“Next to Normal,” “Carrie: The Musical”) and Nino Alejandro (“The Bridges of Madison County”)—who will portray The Four Seasons members Frankie Valli, Bob Gaudio, Tommy DeVito and Nick Massi, respectively.

“I wanted to cast four boys who have had a history working with us (Atlantis) so that it would be even more of a milestone,” Garcia told Inquirer Theater in an e-mail interview.

These boys didn’t land roles by just pulling strings, though.

A musical about a world-famous pop-rock group needed performers who could recreate a certain sound and style of singing, explained Garcia, whose most recent directorial gig was also an award-winning and long-running Broadway production based on jukebox hits, the disco marathon “Saturday Night Fever The Musical.”

“They had to be solid performers individually and also tight as a group,” he said of the “Jersey Boys” casting considerations.

“We sang boys in different combinations over and over again to make sure we got both the correct sound and also the proper dramatic impact the roles required,” Garcia added.

Volante, Bautista, Stroem and Alejandro may come from different music genres as solo music artists but, according to their “Jersey” boss, what makes them good theater actors is their ability to morph into character.

Further expressing high regard for his chosen actors, Garcia described Volante as a direct and honest actor: “There is so much sincerity in his performances. We all know how well he sings so… when you combine all these elements, it’s dynamite.”

He also believes the cast consists of intelligent, great musicians who can understand musical styles from different eras, such as the high-pitched harmonies in “Jersey Boys.”

“A well-crafted biographical musical” was how Garcia described the show’s libretto penned by Marshall Brickman and Rick Elice, with music by Bob Gaudio and lyrics by Bob Crewe.

“It manages to be both a celebration of the unforgettable music of The Four Seasons and, at the same time, a gritty but heartfelt true-to-life tale of friendship, family and stardom,” said the director.

“It has a fantastic story and bringing that story to life while at the same time honoring the legends who created the music  is the challenge—it is also what excites me about the show,” he noted. 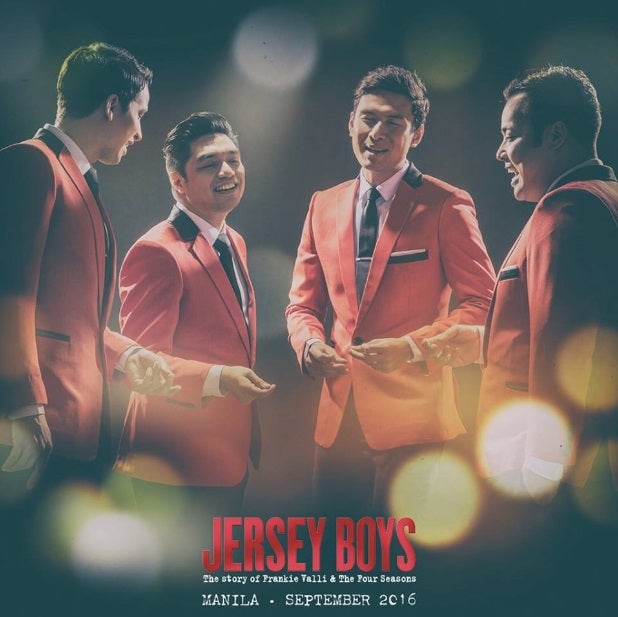 In fact, Garcia and the Atlantis team, which had claimed the rights to stage the show last year, are creating a brand-new version of “Jersey Boys,” from scenic design and staging to the lights design and costumes which will be unique to this production and to Manila.

All that despite Garcia’s protestations of the musical being fast and furious, with members of the ensemble playing multiple roles—nearly 80 characters for the women alone.

“Pulling that off seamlessly is one of the big challenges,” he said. “But like every show I do, I try to find dramatic clarity in telling the story and I try to effectively use the space. That will always be the primary reason I love directing.”

Beyond production values, “Jersey Boys” is a piece of theater with a timeless story.

“It’s about friendship, love, family, following your dream and dealing with the realities that that brings,” Garcia pointed out. “We’ve all gone through it in different ways. And the music that brings this story to life are iconic songs that continue to be played and covered up to now.”