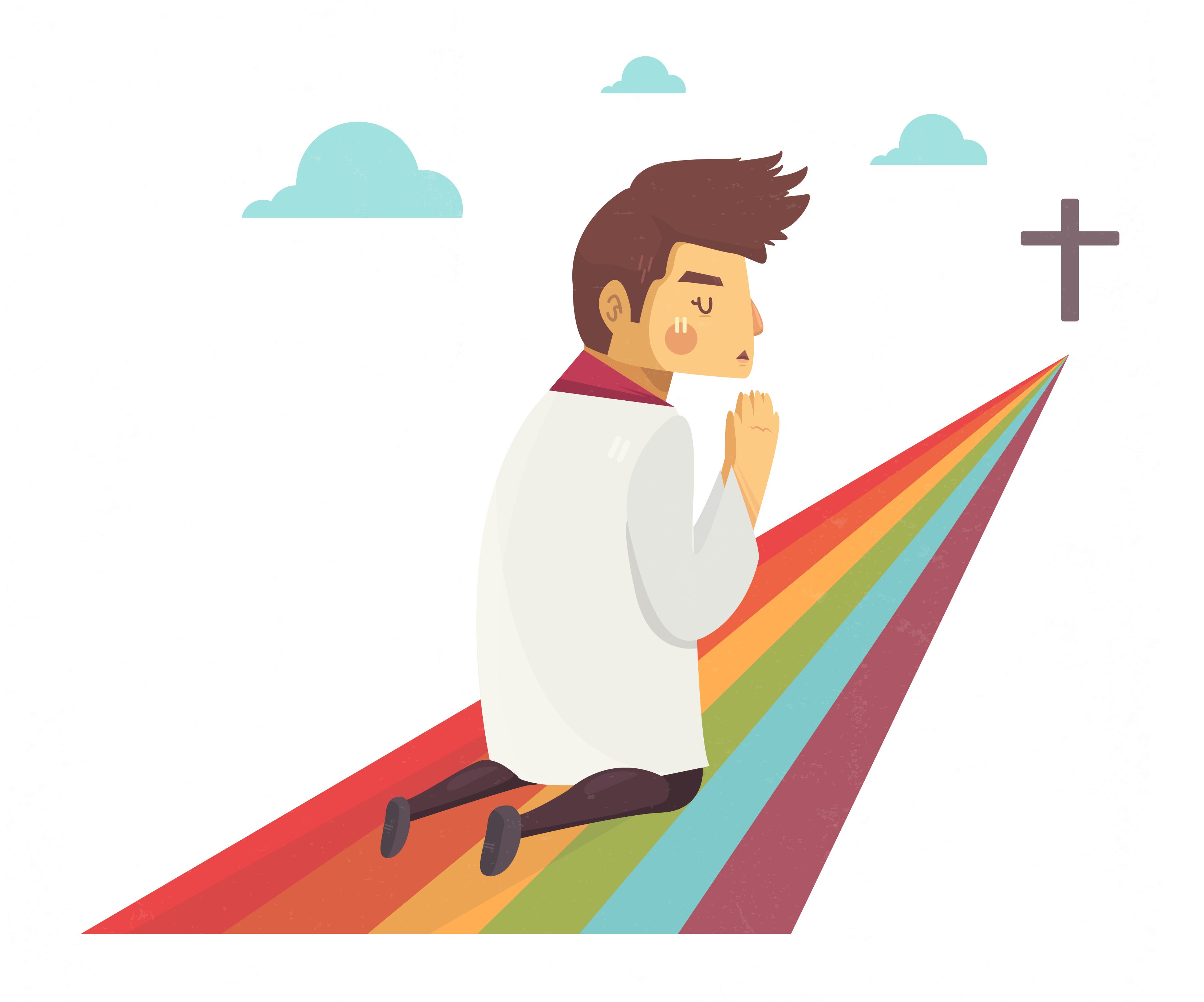 Confessions of an altar boy

THE APPROVAL of same-sex marriage in 21 countries including the US has brought attention to the LGBT (Lesbian, Gay, Bisexual and Transgender) community.

In the Philippines, the topic has generated controversy since the country is predominantly Catholic. The Catholic Church has yet to be convinced of the idea of same-sex marriage.

While the LGBT community has been fighting for equality and acceptance in society, there are Filipinos who still perceive gays and lesbians as abominable and immoral—and thus unworthy to receive the sacrament of Holy Matrimony.

An 18-year-old Filipino Catholic, who’s been actively serving our parish church in Manila since age nine, is also a proud LGBT member.

Asked what it’s like to be in his situation, he said: “I know that I’m part of the LGBT community, but when it comes to choosing between my status and religion, I’ll always go back to God.”

On whether or not he wishes the Church to approve of same-sex marriage: “I do not wish that it be approved since it’s not right for people of the same sex to be married because it offends the liturgy, the sacraments, the Church teachings.”

Did he ever experience discrimination during his early years as an altar boy?

“I was being teased from time to time, but not actually bullied,” he said. “A lot of people knew that I was gay but I always tried hiding it even though it was a bit obvious.”

He told me that he loved serving in our church because it was for God. He didn’t think too much about the teasing since he took it as a consequence of being gay.

I also asked him what he thought of certain pictures of homosexuals kissing in front of a crucifix.

“I was offended because they’re not respecting our religion,” he said. “If they wanted to gain respect for their sexual orientation, they should also respect us.”

Those who feel confused about their sexuality, especially the youth, are afraid of being discriminated. They’re torn between their religion and their feelings.

But God is always there to guide us through good and bad times, no matter what religion you belong to, or what one’s sexual orientation is. Remember that there is a God who is watching over you.

What really matters are your good deeds to other people and to society. And while it’s true that people in general are not as accepting as others, we are all brothers and sisters; if anyone loses his or her way, may he or she find peace with God.

My interviewee said that it’s not a sin to have a different sexual orientation, but we should observe morals in life and respect the Catholic Church and her teachings.

Pope Francis said, “If someone is gay and he searches for the Lord and has good will, who am I to judge?”

This applies not only to the LGBT community, but also to all people who feel discriminated.